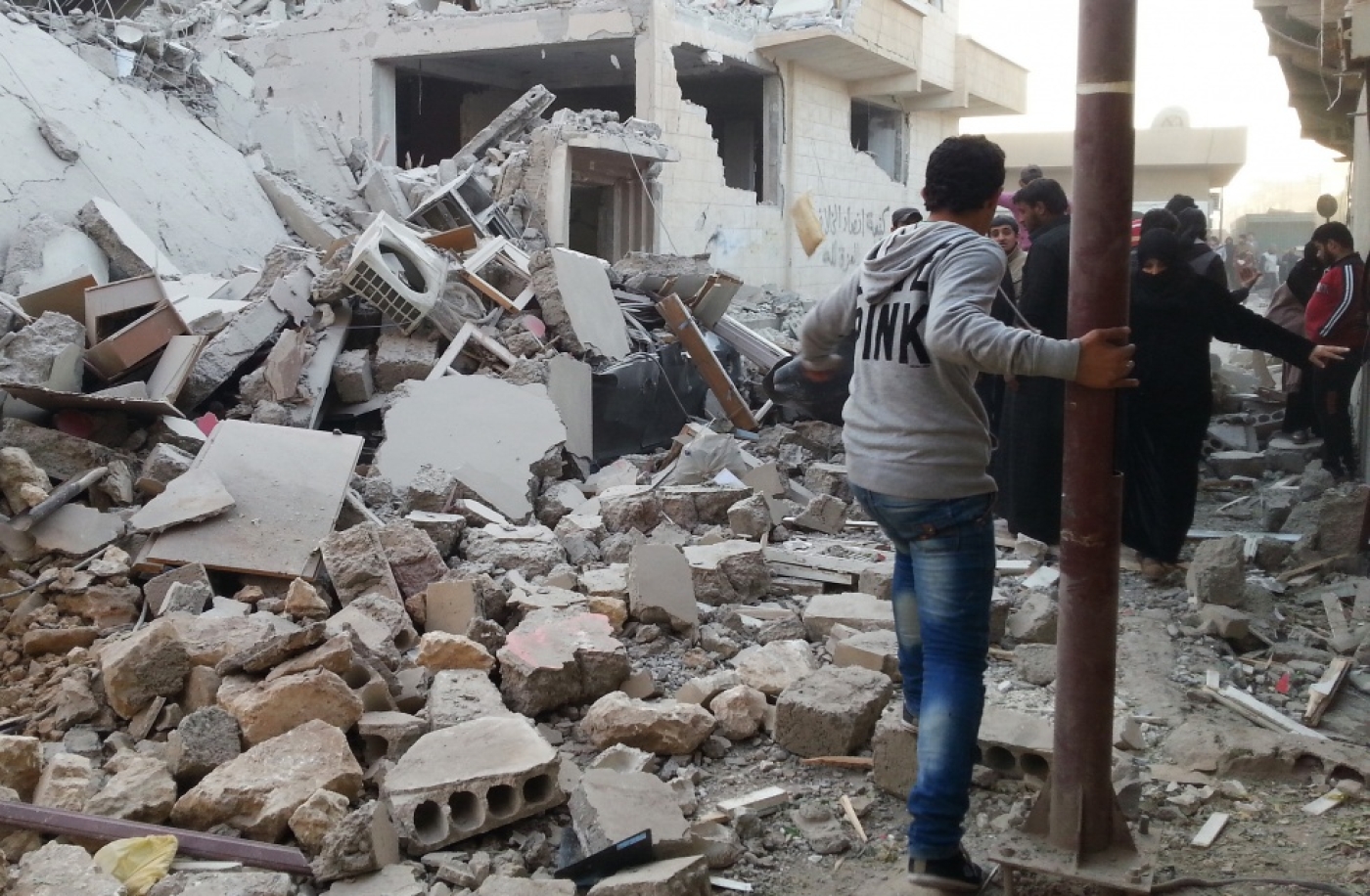 People walk past a building that was reportedly targeted by the US-led coalition, in the IS-controlled city of Raqqa (AFP)
By
MEE staff

Raqqa, a city in north-east Syria, has been under full control of the Islamic State (IS) group for a year as of Monday.

During the last year, Raqqa has become the IS main stronghold and base of operations after they seized it from Syrian President Bashar al-Assad's government forces in January 2014, following a protracted battle in which thousands of civilians are thought to have been killed.

But while IS managed to drive government forces from the city, the situation in Raqqa remains extremely precarious with the humanitarian situation worsening and US-led coalition airstrikes, and bombardment by Assad’s forces, continuing to exact a heavy toll.

“The city is suffering from poverty and disease,” Abu Ibrahim Raqqawi, founder of activist group Raqqa Is Being Slaughtered Silently (RIBSS), told the Guardian in a recent interview.

“A big problem is that all the prices inside the city have become very expensive especially after the coalition airstrikes. There is no electricity, everyone is dependent totally on the generators.”

The city has been the target of bombings by both the US-led coalition and the Assad government. The resulting civilian deaths, as well as the lack of response by IS, has further heightened tensions in the city.

“When coalition air strikes destroyed the oil refineries inside the city, prices grew threefold,” said Raqqawi. “The money that the people have is not enough to buy food, which has become very expensive.”

According to the Syrian Network for Human Rights (SNHR), a UK-based pro-Syrian opposition organisation, government forces claimed the lives of more than 1,495 civilians in the city between March 2011 and the IS takeover in January 2014.

Though some Syrians welcomed the defeat of Assad's forces, Raqqawi warned of increasing resentment at the disparity in lifestyles between regular Syrians in Raqqa and the IS rulers, who make millions of dollars from black market oil sales.

“ISIS (IS) does nothing for residents or refugees,” Raqqawi said, in a Q&A session on the RIBSS website on Saturday. “The only thing working in Ar-Raqqa for displaced civilians is the Raqqa Relief Kitchen operated by a local pharmacist.”

“They provide one meal a day for free. It’s financed by individuals locally and abroad.”

The dire situation presented by the activists is a world away from the image that IS has been careful to cultivate since taking over Raqqa, with the group often posting pictures online about the happy state of affairs in their so-called Islamic State.

Earlier this month, they even announced that they would be opening a new school of medicine in the city.

Posters advertising the school detailed the conditions of admission, stating that the applicants should be between 18 and 30 years old and have graduated from high school - they also indicated that female students could apply, Anadolu Agency reported.

But many activists and observers insist that this is all carefully created propaganda designed to mask the dire situation, which threatens to snowball into a potential humanitarian catastrophe as a result of IS’s mismanagement and authoritarianism.

"The situation is unbearable, catastrophic and many in Syria no longer have access to medical care," said Oubaida Al Moufti, a French-Syrian doctor and member of the Union of Syrian Medical Relief Organisations (UOSSM), at a press conference in Paris last week.

Another UOSSM member warned that in Raqqa there were "no obstetrics, gynaecological or paediatric services".

Others have warned of a potential crisis following the closure of all educational facilities in the city, with many children instead being placed in religious schools where they are taught the IS ideology.

"This is seriously affecting the schooling of an estimated 670,000 students," Christophe Boulierac, a spokesman for UNICEF, told reporters in Geneva last week.

“In my opinion [IS] has done nothing good, except we aren’t being shelled anymore, so that’s the bright side,” said Raqqawi. “They aren’t really trying to win the hearts and minds here. They run the ‘Da’wah’ tents for children [where they receive religious education] but those are dangerous.

“They’ve convinced many kids to join ISIS, without their parent’s knowledge. It’s brainwashing,” he added. 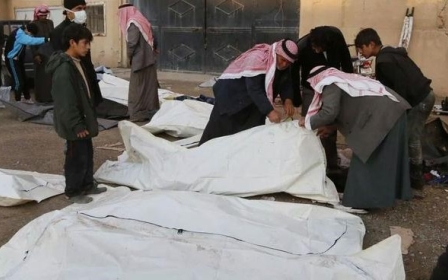 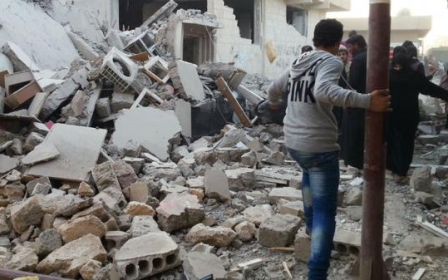 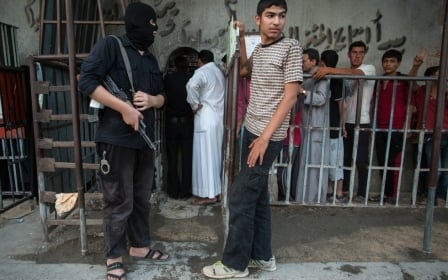