Tens of thousands march across London in support of refugees LONDON - Tens of thousands of people marched in the UK capital and in locations across the country in support of refugees and to protest the government's handling of the refugee crisis on Saturday.

Crowds at the city's most famous landmarks held placards saying “refugees welcome here” as they chanted to support thousands of refugees who have struggled for weeks at the borders of European countries, while others have drowned in the Mediterranean Sea.

The march from Marble Arch to Parliament Square in the UK’s capital was reportedly the biggest national outpouring in support for refugees in the history of the country.

"I am embarrassed by what my government has done. It's disgraceful and immoral," Chris, a 38-year-old protester, told MEE.

After protesters reached Parliament Square, Jeremy Corbyn, who became the new Labour party leader only a few hours earlier, spoke to crowd, criticising the government's stance towards refugees so far.

In his one of his first speeches since winning #labourleadership Jeremy Corbyn addresses a rally on refugees' rightshttps://t.co/pJvqhdlfqD

"But above all, open your hearts and open your minds and open your attitude towards supporting people who are desperate, who need somewhere safe to live, want to contribute to our society, and are human beings just like all of us," Corbyn said.

A feeling of optimism was strong among those gathered which included many said they were also celebrating Corbyn’s victory, announced in the early hours of the march.

Popular singer and activist Billy Bragg told the crowd, "The demonisation of people in need that's gone on in this country is not the kind of Britain I grew up in. It's not the compassionate society I want Britain to be seen as around the world."

The rally, backed by several organisations including Amnesty, Stop the War Coalition and the Syria Solidarity Movement, comes ahead of a summit of European leaders in Brussels scheduled for 14 September to deal with the crisis that will be attended by British Home Secretary Theresa May and her EU counterparts.

After the photograph and story of drowned three-year-old Syrian toddler Aylan Kurdi was shared across the world last week, support for the plight of refugees has reached new heights.

"This is a critical moment ahead of the EU leaders meeting on Monday to make our voices heard loud and clear,” the Telegraph quoted director of Amnesty International Kate Allen as saying.

"We should remember the proud moments in the UK's history when we have opened our doors to people when they are most in need, and we should not be turning our backs now on those caught up in what has become the biggest refugee crisis since the Second World War."

Prime Minister David Cameron announced earlier this week 20,000 more vulnerable people from refugee camps in the Middle East will be allowed into the UK.

But he has resisted calls for Britain to be involved in a European Commission plan to resettle 160,000 migrants who have arrived in southern Europe in recent months.

The recent crisis has divided Europe, with Germany pushing for compulsory quotas within the EU but Eastern European nations rebuking the proposal.

Some European leaders want to turn their back on the refugees, but many Europeans disagree. http://t.co/TdT3Ecf0vC pic.twitter.com/otjXgk5Jey

The march came as anti-migrant events were also due to take place on Saturday in countries including the Czech Republic, Poland and Slovakia. Hungary’s prime minister called for an aid package for countries around war-ravaged Syria to curtail mass migration to Europe.

The International Organisation for Migration said more than 430,000 people had crossed the Mediterranean to Europe so far this year, with 2,748 dying or going missing enroute. 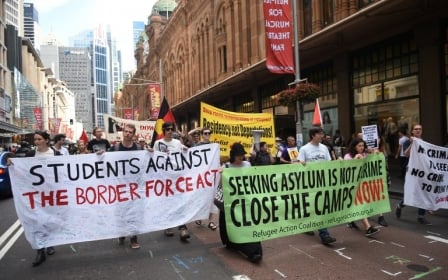 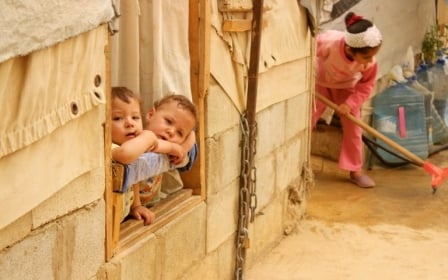