'They were all dead': A survivor's account of the Libyan air strike on detention centre 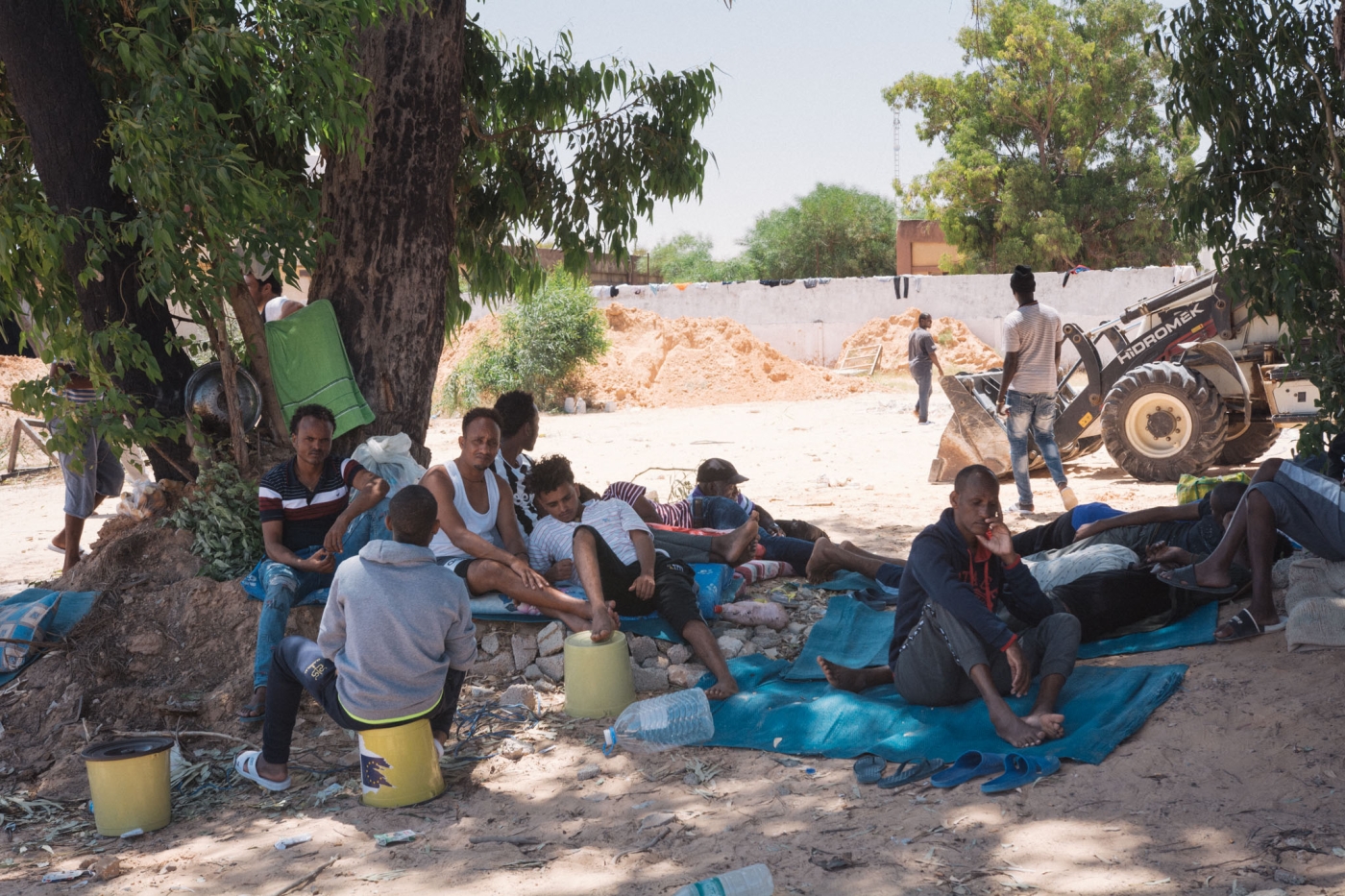 Nihal, 31, from Bangladesh was sharing a meal and talking with others about the hardships they faced, living in the Tajura migrant detention centre in the Libyan capital Tripoli, when disaster struck.

"I remember I was eating with a boy from Sudan. We were talking about the difficulty of being here without knowing where to go and how to get out of this place, when we heard a strike," he said.

“I collapsed on the ground, crawling. We just said, ‘Help us, help us.’ And we squatted down near the walls, then we heard another strike."

At least 53 people were killed and 130 injured when air strikes hit a detention centre on 3 July, as migrants and refugees became targets once again amid an escalating siege on Tripoli, waged by forces loyal to rebel leader Khalifa Haftar.

He told MEE that he was afraid that there would be other air strikes targeting those detained in centres.

The Tajura Detention Centre was closed this week with around 400 survivors moved to a new facility that is now overcrowded, the International Organisation of Migration (IOM) and UNHCR, the UN's Refugee Agency, said on Friday.

Both agencies continued to call for the release of more than 5,000 migrants and refugees held in detention facilities across the country, which has become a major conduit to Europe via the Mediterranean.

“Many other refugees and migrants remain in detention elsewhere in Libya where suffering and risk of human rights abuses continue. A safe, managed process of release, with proper information on available assistance, is essential for all,” IOM said in a statement.

Like almost everyone held at the detention camps, Nihal was captured at sea and brought back to the mainland by the Libyan coast guard, part of an operation funded by the Euroepan Union, despite the deteriorating security situation in Tripoli.

Last week, the UN’s special envoy on migration in the Mediterranean, Vincent Cochetel, said he saw people at the detention centres who were “just skin and bone” and likened the conditions to concentration camps in Bosnia in the 1990s and those in Cambodia under the Khmer Rouge in the late 1970s.

Rights groups have documented abuses inside the centres, including rape, torture and forced conscription. Nihal said he had accepted work cleaning weapons to try to raise enough money to leave.

Munir, a 27-year-old from Eritrea who survived the attack at the Qasr bin Gashir detention centre in Tripoli in April, said that there wasn’t enough food to go around and that people “were treated like animals”.

He added: “But above all we could not talk to our wives and we knew that at night the women risked being raped by men of militias.”

Munir, who crossed Sudan with his wife and two children before arriving in Libya, where they were arrested and brought to Qasr bin Gashir, said that soldiers guarding the camp fled at the start of General Haftar’s offensive in April.

“We were alone for five days, without food and with little water. We gave water and sugar only to the children.”

Over the course of a week, groups of armed men arrived at the unprotected camp, demanding money and mobile phones, Munir said.

“There was a group of Christians praying, the armed men asked them to stop praying. The Christians refused and they started shooting randomly in the shed, injuring some people. Many people have disappeared in those hours.

"We don't know what happened to them, whether they escaped or were forced to join the soldiers to fight at the front.”

Munir who has now been moved to a Libyan Red Crescent camp elsewhere in Tripoli said he still did not feel safe. "They say we are safe here, but there is no safe place for us in this country."

Amnesty International called for a war crimes investigation into the incident. “This incident demonstrates the urgent need for all refugees and migrants to be immediately released from these horrific detention centres,” said the organisation’s spokeswoman, Magdalena Mughrabi.

Haftar launched a ground and aerial offensive three months ago to take Tripoli, the base of Libya’s internationally recognised government in the northwest of the country.

Forces loyal to him have denied responsibility for the Tajura attack. 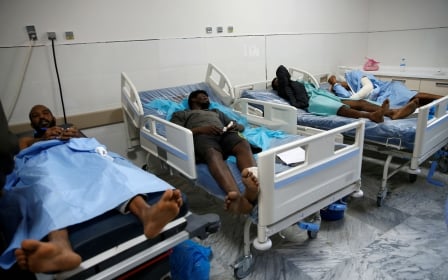