Third mystery airstrike in Libya after 'state of emergency' announced

Libya Dawn militias are hit by third strike from unknown planes near Tripoli, after army Chief of Staff recalls all soldiers for coming escalation 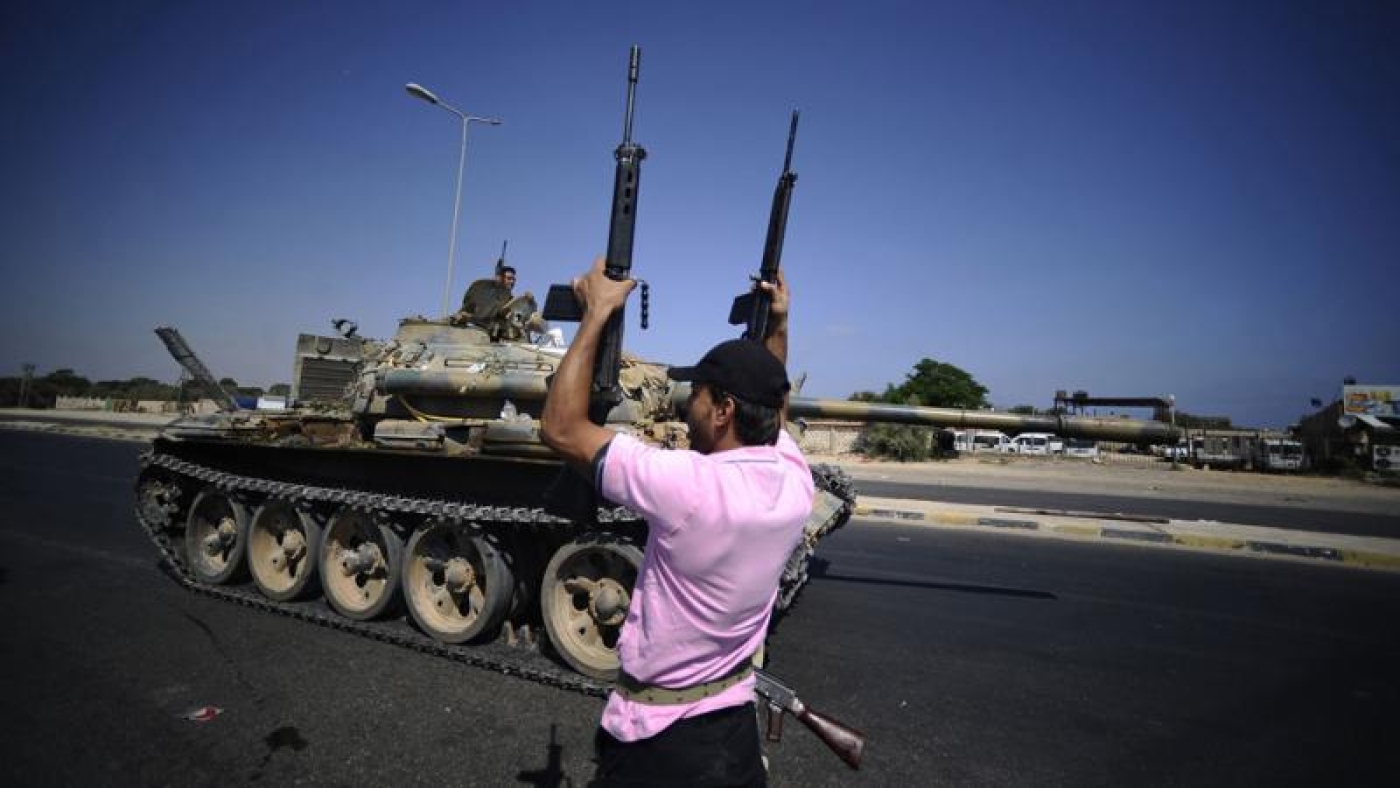 It was unclear whether the strike, which threw huge palls of smoke into the skies above the suburb of Gheryan just under 100 kilometres south of central Tripoli in western Libya, caused any casualties among militants or civilians in the residential area surrounding the ammunition store.

The strike, launched on Thursday by unidentified war planes, is the third such attack launched on sites controlled by the Islamist-allied Libya Dawn militias in less than a month.

The first attack, a targeted and technologically-advanced strike executed under cover of darkness on 18 August, raised speculation that Egyptian and Emirati forces were involved, an accusation later corroborated by American military sources.

Thursday evening’s strike comes hot on the heels of a week of continued speculation, after the release of a leaked document that seemed to suggest a bilateral agreement between Egypt and Libya over military co-operation.

Al-Jazeera Arabic reported on Sunday that Egypt and Libya had signed a document entitled “Agreement of shared military and strategic cooperation between the Republic of Egypt and the State of Libya.”

The document, allegedly signed on 4 September 2014, sets out a legal framework for the co-ordination of military action over the next five years.

Another clause of the same document stipulates that both parties will bear the cost of any air raids launched.

The apparent leak is the second such secret document suggesting a military relationship between Libya and Egypt.

On 5 September, Arabic news portal Noon Post carried details of email correspondence between Libyan and Egyptian officials, in which a Libyan former minister appeared to request a long list of large amounts of weapons and ammunition from his Egyptian counterpart.

The third mystery airstrike to pound the Tripoli suburb came less than 24 hours after the Chief of Staff of the Tobruk-based House of Representatives announced a state of emergency in the country.

In a televised address on Wednesday night, Abdel Raziq al-Nazuri said that the situation in Libya had reached a crisis point, and called on all Libyan army personnel to return to their bases immediately in the build-up to an escalation in Libya’s current conflict.

“Our country has been exposed to a vicious attack on our national army. We call on all army personnel to return to work within two weeks,” warning of harsh sanctions including dismissal against anyone who fails to do so.

After Nazuri's announcement, Libya Dawn, whose militias have been controlling the capital for weeks, denied suggestions that the country has fallen into chaos.

Ahmed Hadia, the group's spokesperson, told a press conference on Thursday that foreign missions and enterprises that had fled the capital should return, stressing that the group's fighters had "secured" the city.