Thousands rally in Beirut as trash piles up 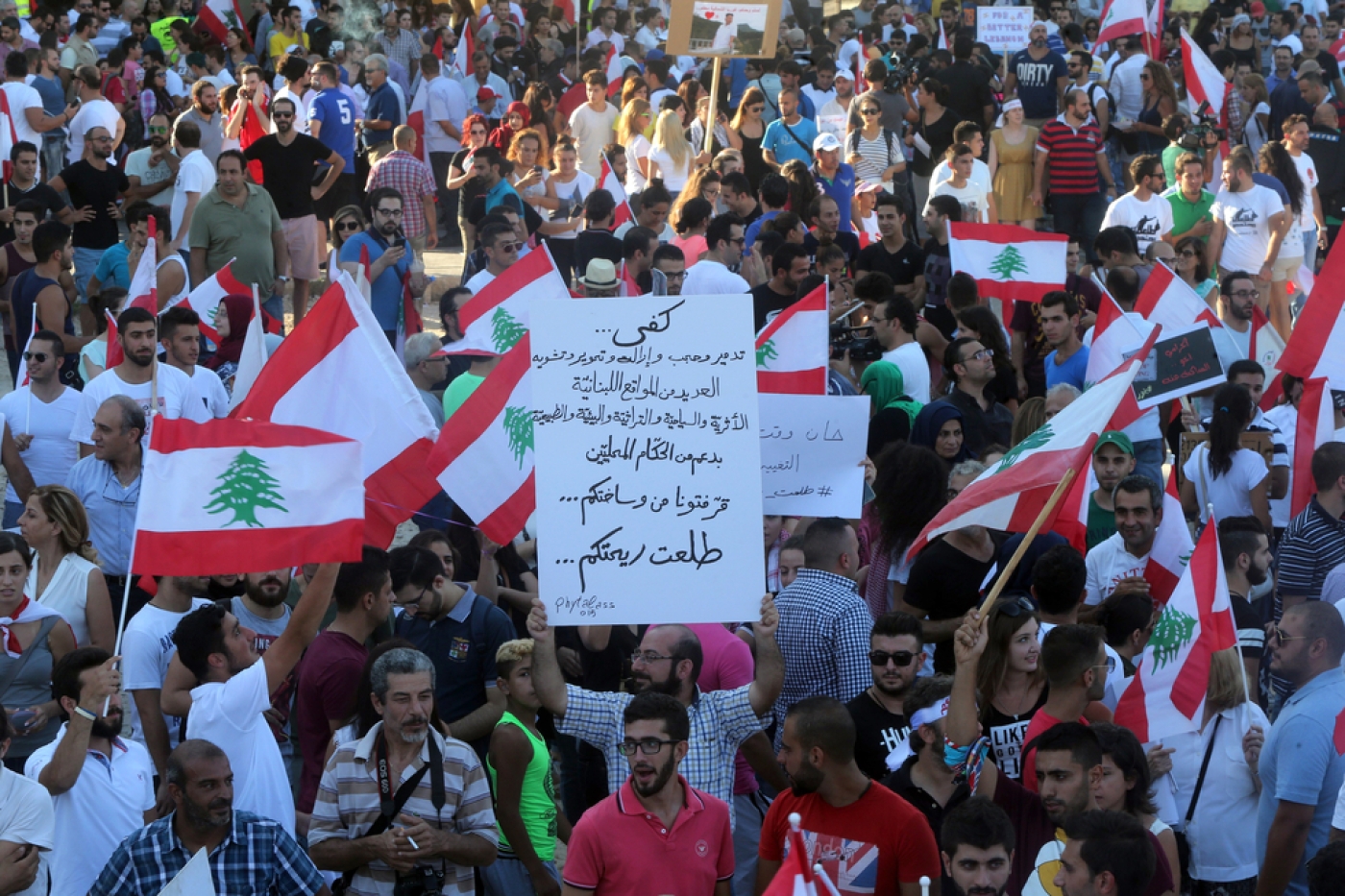 BEIRUT - On Saturday, thousands of people gathered in central Beirut’s Martyr’s Square as popular support for a campaign calling for better governance continues to grow.

In mid-July, the closure of the Naameh landfill - Lebanon’s largest - following years of overuse sparked a nationwide waste-disposal crisis, with piles of garbage building up on streets in Beirut and dumped indiscriminately beside coastal highways, and off the side of mountain roads outside the capital.

The previous weekend had around 20,000 people descend on Beirut’s Martyr’s Square and march towards Lebanon’s parliament building, the Grand Serail. Ensuing clashes between Lebanese security forces and some protestors over the ongoing waste crisis has snowballed into a wide-sweeping critique of the perceived failings of the Lebanese state to provide basic services - ranging from waste management, water and electricity supplies, mobile phone and internet connections - to the Lebanese populace.

Currently, Lebanon has operated without a president for over a year, while the current parliament has extended its mandate twice without a national poll; realities that have brought executive power making to a standstill and compromised the legitimacy of the state in the eyes of many Lebanese.

Following violent altercations last weekend Prime Minister Tammam Salam threatened to resign, but is now rumoured to be in talks with Turkey over a potential waste exportation deal. Attempts by the Lebanese cabinet to confront the waste-crisis have to date proved unsuccessful, with claims that numerous MPs affiliated with the Hezbollah dominated March 8 political block walked out of a cabinet meeting aimed at finding a solution this week.

Symptomatic of a growing governmental crisis on Tuesday a concrete wall was erected by authorities to block protestors access to the Grand Serail - almost immediately designated by protestors as Beirut’s very own “Berlin wall” - before it was abruptly removed less than 24 hours later.

Speaking at a press conference on Friday, Assaad Thebian, a co-founder and spokesman for the You Stink Campaign, the main organiser of current protests, unveiled the group’s manifesto.

The campaign’s demands include establishing accountability for the security forces’ excessive use of violence against protestors from Lebanon’s Interior Minister Nouhad Mashnouq, the resignation of Lebanon’s environment minister, and that parliamentary elections be held as soon as possible.

Despite fears of a repeat of last weekend Saturday’s demonstrations passed without major incident. Activists blared chants over loudspeakers calling on citizens to take to the streets, while signs carried by protestors, occasionally fixed on the ends of 4.5 metre fishing rods, expressed sentiments including “sectarian (political) parties do not represent the nation” and “we are not ISIS”.

Not all in attendance in Martyr’s Square expressed solidarity or full awareness of the intricacies of the You Stink campaigns demands. Chants calling for revolution and the end of the current political system - which became synonymous with protest movements throughout the Arab world during the so-called Arab Spring of 2010-11 - provided an ambiguous focus to unite demonstrators.

Many, first and foremost, expressed a sense of solidarity with a fledgling secular movement that is not affiliated with any of Lebanon’s political parties, a fairly novel phenomenon in a country defined by feudal, confessional politics.

“I am not sure what the protest will lead too ultimately,” said Sarah Abdullah, a 23-year-old student at the Lebanese University, holding a sign of Interior Minister Nouhad Mashnouq’s head super-imposed on Michael Jackson’s body.

Last week, a video emerged on social media purporting to show Mashnouq wearing a baseball cap backwards dancing at a beach club in Mykonos while security forces fired rubber bullets and tear gas at a crowd consisting of men, women, and children in Beirut.

“But to see people from all over the country, from different classes and backgrounds, all together for one cause feels new and exciting.”

Marwan Alameh, a 34-year-old restaurant owner, based in the Hamra district of the capital, had not initially planned to take part in demonstrations last weekend.

“I came down last Sunday because I’d seen on TV and social media people I know getting beaten up by the security forces,” said Alameh.

“I think the waste crisis was the final straw for many people, but also seeing the violent reaction of the security forces lead even more people to join in. People have come down here without there traditional political leaders telling them to do so. It’s like the silent majority is finally speaking up.”

Standing beside the Mohammed Al-Amin mosque Manal, a 38-year-old teacher from the town of Kafra in southern Lebanon, expressed grievances towards not only the Lebanese state’s failure to resolve the waste-crisis but a perceived lack of government investment to provide greater access to education for children living in remote areas of the country — such as southern Lebanon and the northern region of Akkar.

“Being here,” said Manal who chose not to reveal her family name, “is about more than the waste crisis for me. But these are issues that can bring together people regardless of sect and political affiliation”.

Nadim Houry, Human Rights Watch deputy director for North Africa and the Middle East, has been critical of security forces excessive use of force in last weekend’s demonstrations.

Current political stasis in Lebanon has been attributed to the knock-on effect of Syria’s civil war paralysing state institutions. But Houry said that such an explanation provides too easy an excuse for Lebanese lawmakers.

“Citizens have got used to finding private solutions — for example buying a generator to cope with shortfalls in state supplied electricity. But the waste crisis has exacerbated frustrations, and highlighted the state’s inability to plan long-term and resolve basic crises. This was a ticking time-bomb long before the Syrian war.”

The Naameh landfill was opened in 1998 as a temporary solution to waste disposal in the country. It was initially scheduled to close in 2004, eleven years before its eventual closure.

Joey Ayoub, a journalist and You Stink campaign official, noted that the You Stink movement plans to continue organising protests until there demands are met. However the group has not expressed what form of electoral law they would favour to govern polls if parliamentary elections are to be held.

“The number of people who did turn out last week was at first a surprise,” said Ayoub. “It has developed quickly. A lot of people don’t know exactly how to feel or act. But they are coming down and expressing solidarity, and with the exception of a few, peacefully.”

Following last weekend’s demonstrations, claims were made that particular political parties had attempted to infiltrate the protest movement to encourage dissent, and foment violence between protestors and security forces.

“The ruling strata is degenerating, people have grown tired of the political elite using the public sector to perpetuate corruption and fill their coffers. Within their own communities these leaders are in a position of crisis,” said Imad Salamey, a political science professor at the Lebanese American University.

“Fear that the protests could get hijacked are understandable. But there is also the question of whether this movement can handle the pressure of remaining unified whilst asking for serious political change,” continued Salamey, drawing reference to the Lebanese National Movement, headed by former Progressive Socialist Party leader Kamal Jumblatt, which ran in Lebanon’s 1972 elections on a reformist, secular platform before becoming heavily embroiled in the sectarian conflicts and killings that defined Lebanon’s civil war (1975-90).

“It could be a pivotal moment in Lebanon.” 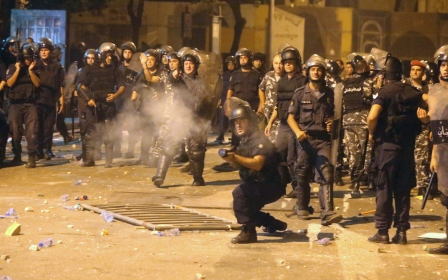 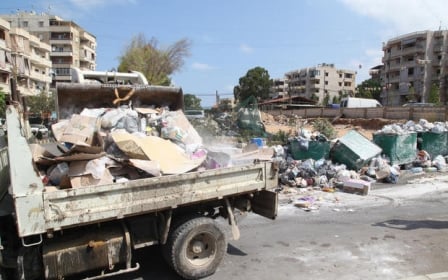 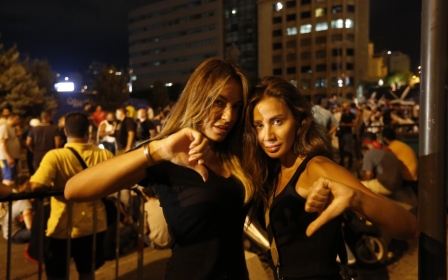