Islamic State fighters have threatened new attacks against European countries, as French police identified the "mastermind" of the Paris attacks as a Belgian national who fled to Syria after planning several foiled attacks in Europe earlier this year.

In a video released on Monday, two IS fighters congratulated the Paris attackers and said there were "more yet to come". The message, in Arabic and running for more than 10 minutes, celebrated the atrocities in the French capital on Friday.

The second fighter, whose name, Al Gharib Al Jazaeri, and accent indicate that he is of Algerian origin, says: "To France, who killed and destroyed millions of Muslims ages ago and has history full of blood, I want to tell you now: Muslims are awake and the jihadists are on your land and have already set it on fire.”

He adds, addressing other European countries: "We are coming with explosions and you will not be able to prevent us because today we are stronger than before.

"The message is to you and to all of those who are allied to you in your Crusader alliance in North Africa [and] the Middle East."

The threat was released as police in France identified a man named Abdelhamid Abaaoud as the principal organiser of the Paris attacks.

According to officials, Abaaoud, who is believed to be in Raqqa, was involved in a foiled attempt to attack an Amsterdam-Brussels train in August. He was described to the AP news agency as one of the "main executioners" for IS.

New raids in Belgium and France

Belgian police meanwhile launched an operation connected to the Paris attacks in the Molenbeek area of Brussels. They dismissed reports that they had arrested Salah Abdeslam, a 26-year-old Belgian national and an alleged driver of three of the Paris attackers and who is the subject of an arrest warrant.

He is believed to be the driver of a VW Polo found at the scene of the attack on the Bataclan concert venue on Friday, where three men killed at least 89 people before before being shot by police or blowing themselves up. His brother, Brahim Abdeslam, blew himself up near a cafe on the Boulevard Voltaire.

Belgian prosecutors also said Monday that two people arrested over the weekend had been charged "with a terrorist act and participation in the activities of a terrorist group," while five others were freed without charge.

France also conducted raids overnight on Sunday, with police saying they had raided 168 addresses across the country and confiscated a number of weapons.

In a statement to Congress, French President Francois Hollande said he planned a three-month state of emergency and would also meet the presidents of the US and Russia to discuss combining military efforts in Syria and Iraq.

As raids continued in Belgian and France, the background and activities emerged of the men behind the Paris attacks. Abaaoud, who also uses the nom de guerre Abu Umar al-Baltaki (the Belgian), was earlier this year featured in the IS propaganda magazine, Dabiq, boasting how he had lived in Belgium and created a "safe house" for weapons while planning attacks on Western targets.

Reports said Abaaoud had recruited his 13-year-old brother to join IS, and was photographed loading and driving a truck full of corpses to a mass grave somewhere in Syria.

Belgian authorities suspect him of helping finance a cell in the eastern city of Verviers, which was broken up in an armed police raid in January, in which two of his presumed accomplices were killed.

French officials said Abaaoud had been involved in the planning of an attack on the Amsterdam-Brussels train on August 21, which was foiled when two passengers managed to wrestle a Kalashnikov assault rifle from an attacker.

Abaaoud fled Europe earlier this year, but in his Dabiq interview claimed: "I was even stopped by an officer who contemplated me so as to compare me to the picture, but he let me go, as he did not see the resemblance!"

The failure of Belgian police to arrest Abaaoud was mirrored by reports that two of the Bataclan attackers - Samy Amimour, 28, and Ismael Omar Mostefai, 29 - were known to police.

Amimour was charged in a terrorism investigation in 2012 over a foiled attack in Yemen and placed under judicial supervision. However, he then went missing and was the subject of an international arrest warrant.

Mostefai had been identified by police as "radicalised" and was responsible for a number of petty crimes in France. However, "We did not connect the dots," criminologist Alain Bauer told Le Point magazine after the Paris killings.

More attacks 'in the pipeline'

CIA director John Brennan meanwhile warned on Monday that the attacks in Paris were not a "one off event".

"This was not something done in a matter of days. This is something that was carefully and deliberately planned over the course of several months in terms of whether they had the operatives, the weapons, explosives, suicide belts.

"I would anticipate that this is not the only operation ISIL has in the pipeline," he said.

The French prime minister echoed Brennan's sentiments in Europe. "We know that more attacks are being prepared, not just against France but also against other European countries," Manuel Valls told RTL radio. "We are going to live with this terrorist threat for a long time."

France and the US launched dozens of air strikes overnight on areas controlled by IS in Syria and Iraq. Paris Attacks
Paris atrocity: Who were the attackers? 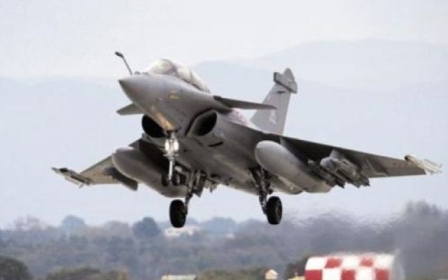