Three months on, Turkish probe into Khashoggi murder at a standstill ISTANBUL, Turkey - Wednesday marks exactly three months since the murder of journalist Jamal Khashoggi in the Saudi consulate in Istanbul. However, with his remains still missing and the Turkish government's investigation into his death stalling, officials have blamed the absence of tangible progress on the lack of Saudi cooperation.

Turkish officials, speaking to Middle East Eye on condition of anonymity due to government protocol, accused Saudi authorities of failing to provide adequate information on the case, including crucial details.

The Saudi embassy in Ankara declined to comment when contacted by MEE.

The question marks in the investigation linger just as a new book about the case has alleged that key suspects arrested by Saudi Arabia were in fact not detained, but staying in luxury homes.

Such developments have led some to question whether any further progress can be expected in the case, even as Turkey has raised the possibility of a UN probe.

The mystery of the consulate well

One of the main obstacles in the Turkish investigation, according to MEE’s Turkish sources, has been gaining access to the consulate and the consul-general’s residence - two locations where further evidence of the murder is believed to remain.

Khashoggi's killing is not the only crime
Nada Elia
Read More »

That day, Turkish investigators, accompanied by Saudi representatives, were able to conduct a search inside the home, but their access to a specific location, a 25-metre deep well, was nonetheless blocked.

“When we prepared the paperwork for this residence, the well wasn’t initially listed as one of the locations that we had wanted to check,” a Turkish official told MEE. “We discovered the well based on additional testimonies from former employees. Its entrance was covered by a marble top.”

Turkey wanted to bring firefighters in to physically inspect the well, but Saudi officials refused to grant them access, due to their names not being listed on the agreed-upon search protocol. Police were able to take some water samples from the well, which didn’t produce any specific evidence related to the case.

“We never heard back,” another Turkish official said.

The investigation doesn’t progress because there is no additional evidence. The Saudis were very good at cleaning the crime scene with their chemist and toxicology experts

Turkish police sources who are closely following the case have floated the theory that body parts or other evidence related to the murder could have been placed in vacuum-sealed protective bags inside the well.

For Ferhat Unlu, a Turkish journalist who recently co-authored a book, along with Abdurrahman Simsek and Nazif Karaman, on the investigation titled "Diplomatic Atrocity", it remains crucial to the case that the well be dried up for a physical inspection.

In his book, Unlu alleges that the Saudis have conducted four different cleanings of the crime scene: first by the hit team on the day of murder on 2 October; a second by the employees at the consulate the following day; then by chemist Abdulaziz al-Janubi and toxicology expert Khaled Yahya al-Zahrani on 12 October inside the consulate, and a final operation by Janubi and Zahrani inside the consul’s home.

“The investigation doesn’t progress because there is no additional evidence. The Saudis were very good at cleaning the crime scene with their chemist and toxicology experts,” he told MEE.

The anonymous Turkish officials told MEE that Saudi Arabia had not shared the complete list of Saudi individuals whom it had detained in connection to the case, nor provided any details about their testimonies to Turkish investigators.

In late October, Saudi Arabia said it detained 18 citizens involved in Khashoggi’s murder - but their identities and suspected roles in the case have remained under wraps.

A third Turkish official said Saudi authorities had yet to share the details of their investigation with Ankara. “We don’t know the names of 15 suspects against whom they filed charges. We don’t know where they are held, if they are arrested. They are not transparent at all.”

We don’t know the names of 15 suspects against whom they filed charges. We don’t know where they are held, if they are arrested. They are not transparent at all

A secret source quoted by Unlu in his book claimed that Otaibi, the former Saudi consul-general, was likely to receive immunity from Saudi authorities due to his family connections and influence.

The same source, meanwhile, claimed that Salah Muhammad al-Tubaigy, the autopsy expert who allegedly cut Khashoggi’s body into pieces mere minutes after his death, was freely residing in a luxurious home with a swimming pool in Jeddah. The source even asserted that Mutrib, the suspected team leader, wasn’t under arrest.

MEE could not independently verify these details.

Turkish Foreign Minister Mevlut Cavusoglu said last month that Turkey had been working to place the Khashoggi case on the UN's agenda, in hopes that a UN investigation would bring about more progress.

Turkish diplomatic sources told MEE on Wednesday that Ankara was focusing on gaining support for a fact-finding mission under the auspices of UN Secretary-General Antonio Guterres or the UN High Commissioner for Human Rights.

According to these sources, several countries have expressed interest in joining the probe, including Canada, which has its own feud with Riyadh over human rights in the kingdom. However, MEE has learned that Canada has not taken the final decision to commit itself to the fact-finding mission.

Speaking to MEE, however, a source with knowledge of the case in Turkey dismissed the premise of a UN investigation as probably futile given US President Donald Trump’s stalwart support of Mohammed bin Salman - who is widely suspected of having ordered Khashoggi’s assassination. 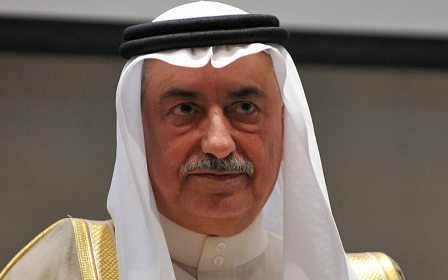