During his two-day trip to the Turkish capital, Tillerson will hold talks with Foreign Minister Mevlut Cavusoglu and President Recep Tayyip Erdogan 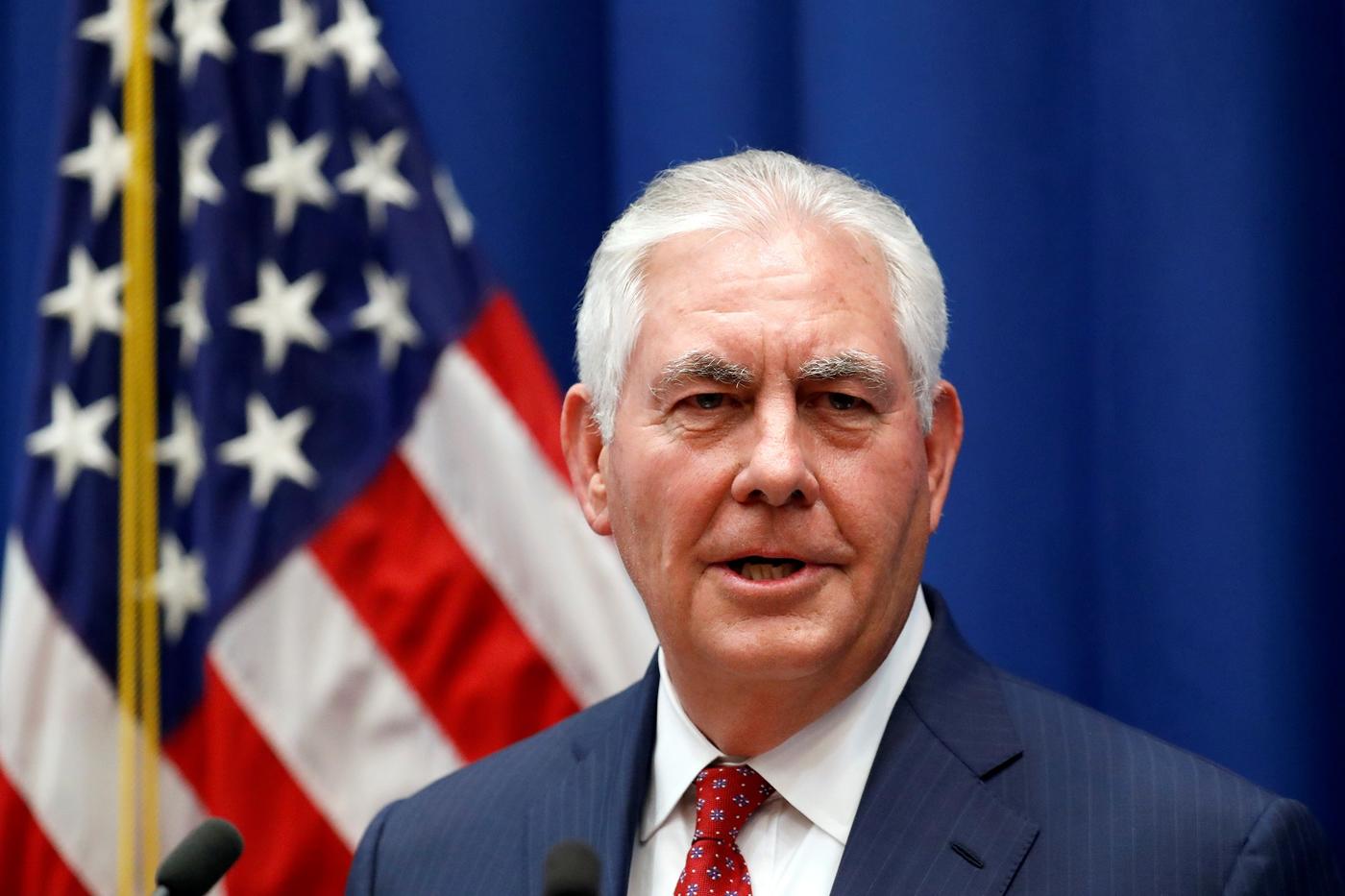 US Secretary of State Rex Tillerson (Reuters)
By
MEE and agencies

US Secretary of State Rex Tillerson arrives in Turkey on Thursday seeking to ease tensions with its NATO ally that have reached fresh heights over Ankara's ongoing operation inside Syria.

During his two-day trip to the Turkish capital, Tillerson - who last visited in July 2017 - will hold talks with Foreign Minister Mevlut Cavusoglu and President Recep Tayyip Erdogan.

Turkey's operation against a Kurdish militia in Syria has added a potentially insurmountable new problem to the litany of issues clouding the relationship between Washington and Ankara.

Analysts said the level of tension was similar to 2003 when Turkey refused to let US troops operate from its territory for the Iraq war, or even the aftermath of Ankara's invasion of Cyprus in 1974.

Turkey's operation against the People's Protection Units (YPG), which Ankara blacklists as a terror group, has seen troops fighting a militia which is closely allied with the US in the battle against militants.

And Erdogan has further upped the ante by warning US troops to steer clear of Manbij, a YPG-held town east of Afrin where the main operation is happening, raising fears of a clash.

"We are going to go to Manbij and if they are there, it's too bad for them," a senior Turkish official told AFP.

When a US commander told the New York Times it would respond "aggressively" to any attack by Turkey, Erdogan didn't mince his words.

"It's very clear that those who make such remarks have never experienced an Ottoman slap," he said, using the term for a backhander which, according to legend, could kill an opponent in one stroke.

For Ankara, the YPG is linked to the outlawed Kurdistan Workers' Party, which is blacklisted as a terror outfit by the US and the EU.

But for Washington, the YPG is an ally.

On Tuesday, Tillerson said Turkey's operation "detracted" from the fight against Islamic State militants, saying Kurdish fighters had been "diverted" from where they were really needed in order to fight in Afrin.

Former State Department official Amanda Sloat told AFP Washington did not appear to have "developed a clear way forward on Syria nor determined how its plans address Turkish security concerns".

And if Ankara expected any clarity from US officials on the way forward in Syria, it would be "disappointed", said Sloat, now a senior fellow at the US-based Brookings Institution.

Speaking ahead of the visit, a senior State Department official said "eyes had to be on" the defeat of IS.

"It's complicated enough. Let's not make it more so."

But Cavusoglu warned Washington that ties were at a "critical point" where relations would "be fixed or... completely damaged."

Ties were damaged after the failed coup of 2016 with Turkey stung by a perceived lack of US solidarity and angered by its intransigence over the extradition of Fethullah Gulen, a Pennsylvania-based cleric blamed for ordering the putsch.

There is still no US ambassador to Turkey after the departure of John Bass last year, and it was only in December that the two sides ended a row following tit-for-tat suspensions of visa services.

And Washington has expressed concern that several of its citizens, as well as Turkish employees of US missions, have been caught up in the post-coup crackdown.

Last week, NASA scientist Serkan Golge, a dual national, was jailed for seven-and-a-half years for being a member of Gulen's movement, with the State Department saying he had been convicted "without credible evidence".

Another case is that of US pastor Andrew Brunson, who ran a church in Izmir, who has been held on similar charges since October 2016.

Such tensions have affected the Turkish public with 83 percent holding unfavourable views of the US, a Centre for American Progress (CAP) poll showed this week.

"The Turkish public has long been sceptical of the US, but Erdogan and the (ruling party) have chosen to inflame the public's anger to score political points," said CAP's associate director Max Hoffman.