Discovered 16 years ago, the Gaza Marine field has never produced gas. MEE looks back at its history and related events November - 25-year contract for gas exploration and development of Gaza Marine signed between BG Group, the Palestinian-owned Consolidated Construction Company, and the Palestinian Investment Fund (PIF); Nabil Shaath, then the PA's Minister of Planning and International Cooperation, tells Palestinian radio: “Under the Gaza-Jericho agreement, the Israelis acknowledged our right to 20 miles (32 km) into the sea as an economic sovereignty area, including its potential resources, such as oil and gas."

Summer - Launch of Israeli, PA and BG Group negotiations within the Oslo narrative of economic cooperation

May – Sharon lifts his veto, reportedly at urging of then UK-Prime Minister Tony Blair

Summer – Sharon reverses his decision, claims money Israelis would pay to PA for gas could support terrorism, despite Israeli announcement that gas revenues to Palestinians would be transferred to a special account used for international aid and tax clearance revenues, according to Anais Antreasyan's 2012 paper on gas finds in the Eastern Mediterranean

- UK officials try, at some point during the year, to persuade Israel to return to the negotiation table with BG Group

May – Terms of BG Group-Israeli purchase are revealed (Israel would purchase .05 tcf of Pal gas for $4 bn annually starting in 2009); Abbas and Israeli government secretly agree that PA share of revenues to be transferred through an international account inaccessible to the official PA govt dominated at that time by Hamas after the Jan 2006 elections. Gas to be piped to Ashkleon for liqurefaction in Israel, then supplied to Israeli market and cover limited Gaza needs.

14 June – Hamas seizes Gaza Strip – start of West Bank-Gaza split. Gaza government says it will change the terms of the contract (at that point, Pal share is 10 percent). But talks still continue between PA and Israel bypassing Hamas.

April – Egypt announces it will halt gas exports to Israel

August - Shimshon gas field discovered; estimated early on to have around 2.3 tcf, later thought to have 0.3 tcf

September – New round of PA-Israeli negotiations on gas begin; Hamas reiterates its rejection of any agreement without its participation: "We do not recognise any agreement reached by the Palestinian Authority regarding the gas fields off Gaza's shores, and the government in Gaza should be consulted over any agreement of this kind," said Hamas spokesman Sami Abu Zuhri. Talks end without progress

January – Palestine Power Generation Company (PPGC) becomes first customer of largest Israeli gas field, Leviathan, signing letter of intent to pay $1.2 bn for 20 years' worth of suppply. Announcement that gas will be used at new power plant to be built near Jenin

May - Karish gas field is discovered; estimated to have 1.8 tcf

September - Jordanian goverment signs letter of intent with Noble Energy for 15 years supply of Israeli gas, valued at between $14-$15bn.

10 December - Majority of Jordanian MPs vote against government deal with Noble Energy. Vote is non-binding, allowing government to move forward with deal if it wants. 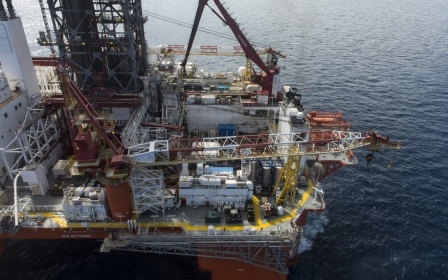 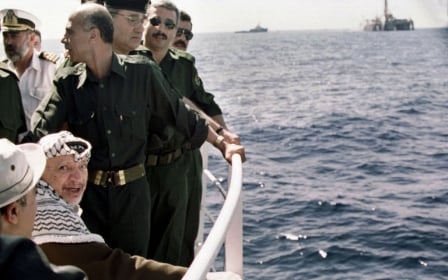