'Today, the sun is shining': Syrians react to Trump strikes

'If the strikes don’t take down the regime and don’t prevent Assad from ruling in Syria, it means nothing' 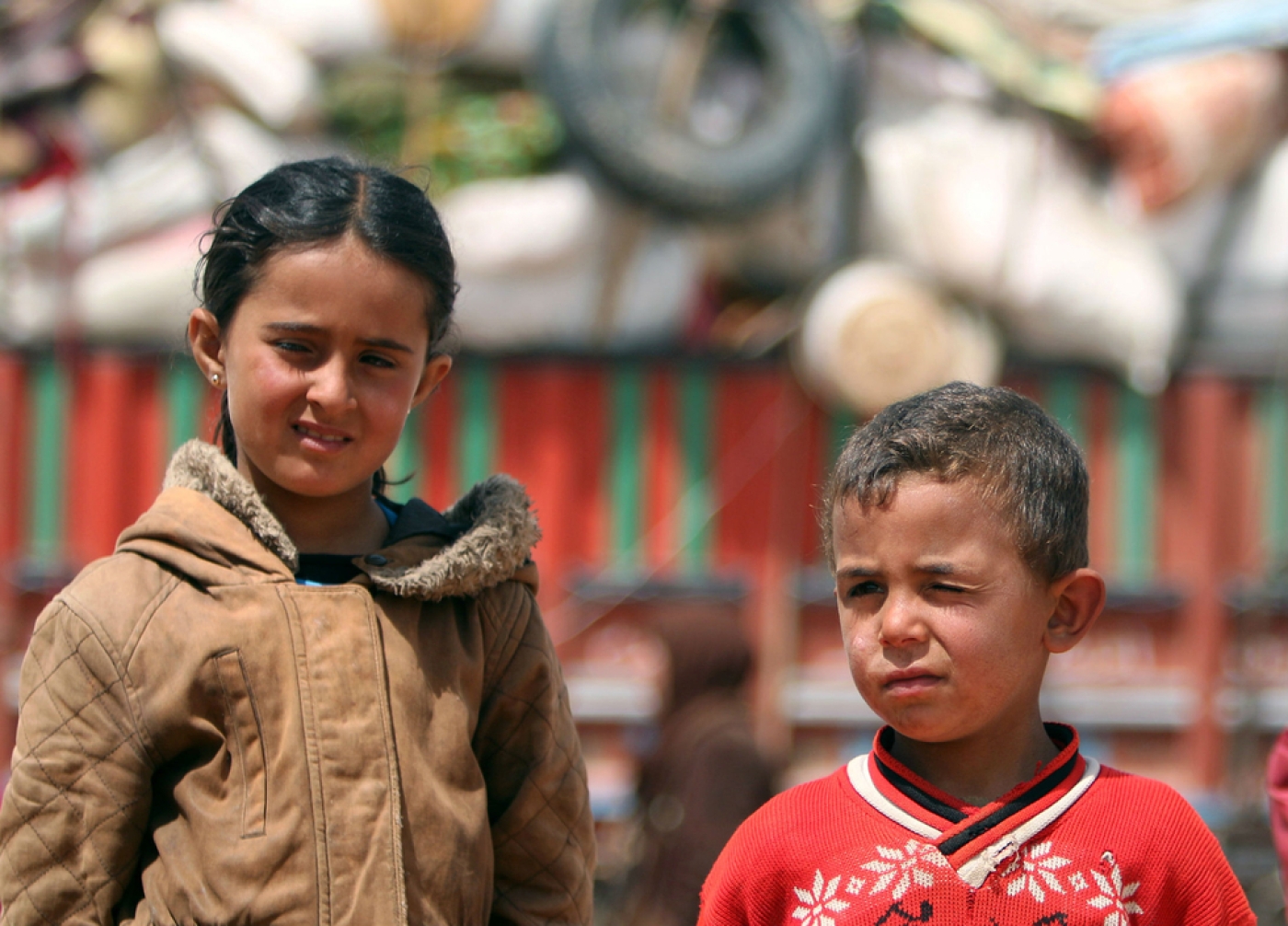 Internally displaced children who fled Raqqa, at a camp in Aleppo governorate (Reuters)
By
Olivia Alabaster

Syrians inside the country met the news of a US strike on a Syrian army base with a mix of optimism and despondence, six years into a war which has seen half a million people killed and half the population displaced.

Trump bombed a Syrian air base and a lot of Syrians are happy pic.twitter.com/8qXEW5FghE

The US air strikes hit the Shayrat Air Base in Homs, from which it says the deadly chemical attack on Idlib was launched earlier this week.

“I am happy to hear about the strike,” Haj added, “because the airbase was used to destroy our people, and the soul of our people. Of course we are happy.”

“Today, the sun is shining.”

But Mohammad Shbeeb, originally from Aleppo, and now living as a displaced person in Idlib, was more cautious.

'Today, the sun is shining'

“I hope that the international community will do something to stop Assad’s crimes, but I am not so hopeful,” he told MEE.

“If the strikes don’t take down the regime and don’t prevent Assad from ruling in Syria, it means nothing.”

“We have experience now. The international community is not serious about fighting Assad.”

US President Donald Trump, he added, is keen to look strong.

For Abdulkafi Alhamdo, also from Aleppo and now living in Idlib, the overnight attack doesn't signal an end to Assad's reign any time soon.

"If this does not stop Assad from bombing us, then nothing will change," he told MEE.

"I mean, children are going to die. This time not by chemical weapons, but by air strikes and other kinds of weapons."

Kassem Eid, who survived the sarin gas attack on Ghouta in 2013, said he felt like the US move was a "game changer."

"This might be the beginning of a new era, this might be actually a real chance for peace in Syria," he told MEE from Germany, where he now lives.

"As long as Assad and his allies think there are not any consequences, they will never stop using their forces to gain ground and there will never be any real political transition or a peace process as long as they think they can do whatever they want," he added.

When he first heard the news this morning, Eid, also known as Qusai Zakarya, thought he was dreaming.

"I was very happy, overwhelmed," he said. "We’ve been waiting for this for a long time, we have been waiting to see Assad held accountable for more than six years and this was the first time we’ve seen any punishment."

“I'm happy because somebody has finally done hurt to this butcher, Assad, but nevertheless, what are Trump's intentions?”

He feels it is perhaps little more than propaganda from Trump, he told MEE.

“Trump wants to tell the Americans and the world that he is different from Obama,” the former president, who threatened air strikes against the Syrian government in 2013, after another deadly chemical weapons attack, but ultimately backed down.

But, if the conflict escalates, Dimashqi added, and Russia – Assad’s key ally – is preoccupied with war with the US, peace might return to Syria, he believes.

“I hope that conflict between Americans and Russians will start so the political solution in Syria will approach fast.”

The fact that the US had informed Russia ahead of the attack, which the Pentagon confirmed on Friday, was a worrying sign, Dimashqi said.

“If the two powers aren’t in conflict, no political solution is possible.” Syria War
ANALYSIS: US attack on Assad a global gamble, with no guaranteed outcome