'Too little, too late': What Douma refugees think of US strikes on Syria 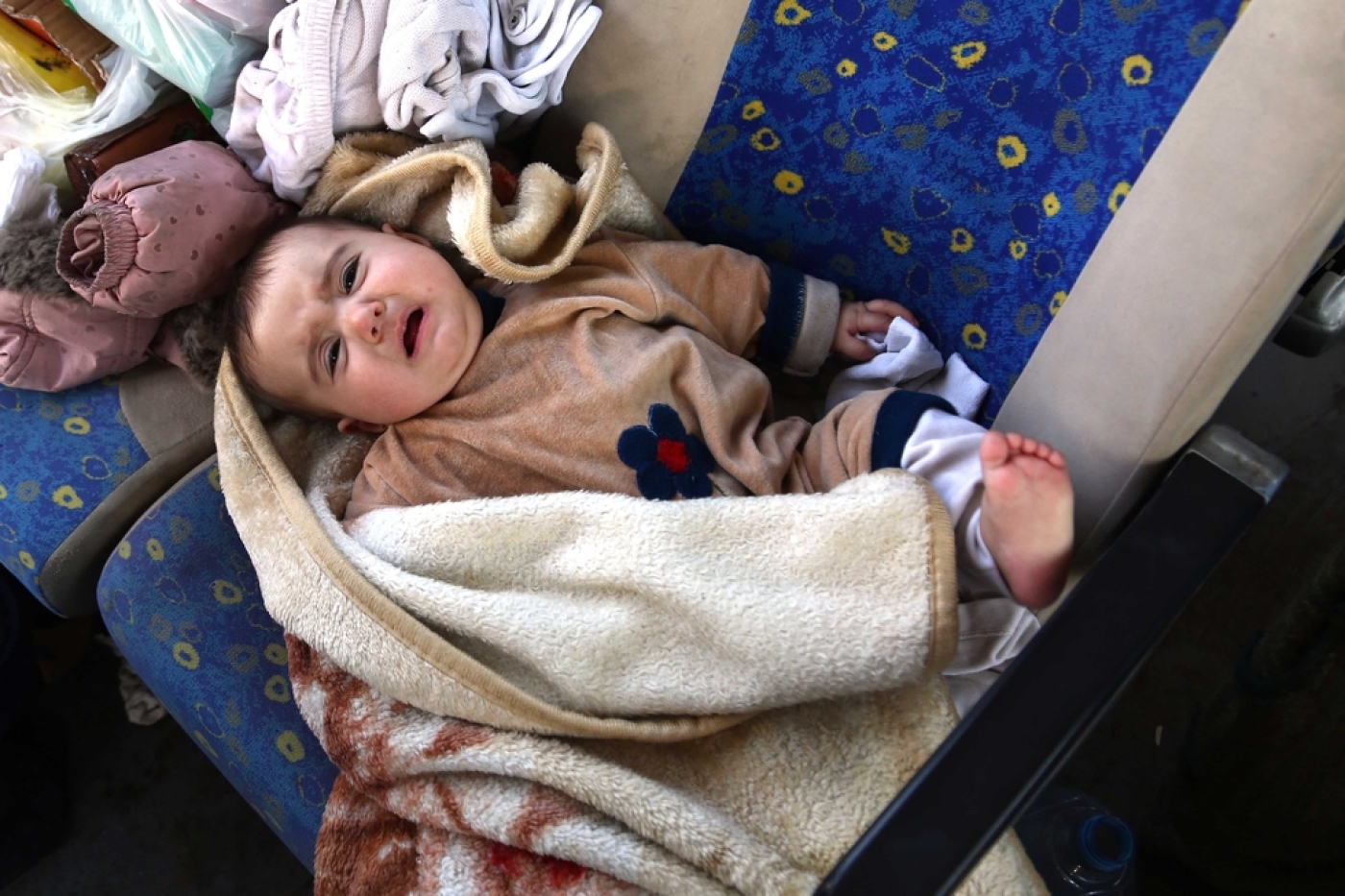 Displaced families have now been taken from their homes in Douma city after negotiating their exit with the Syrian government (AFP)
By
Zouhir Al Shimale
, Areeb Ullah
in
Gaziantep, Turkey

GAZIANTEP, Turkey- As the drums of war beat louder in western capitals, Syrians inside Douma anxiously wait for the last remaining coaches which will take them from their homes.

Like the thousands of other Syrians who have been forced to leave Eastern Ghouta, Adnan Dahhan, 39, holds his family close, as they wait to hear whether the US and its allies will start bombing Syrian government targets in the coming days, if not hours.

"If you can see me right now, you'll see me carrying only the clothes on my back," Dahhan tells Middle East Eye via Whatsapp. "We have lost everything. It is too little, too late."

ANALYSIS: US attack on Assad a global gamble, with no guaranteed outcome
Read More »

But Dahhan, whose neighbourhood had been besieged and bombed for years, questions whether bombing Assad's forces will change anything on the ground.

"They should have bombed the regime before they took over Eastern Ghouta and forcibly displaced us," he says. "We have already been hit dozens of times with chemical weapons, and now they have agreed to evacuate us."

But despite his frustration, the former teacher and father of three welcomed any action which might dent the Syrian army, which has killed thousands of Syrians and made millions more homeless in the seven-year war.

"If the attack can prevent further attacks against civilians in Idlib and stop us from being displaced again, and bring us back to our homes, then I am for it."

But Ammar, who also lives in Douma, is less optimistic. He lost two of his sons, aged 11 and 12, in a government barrel bomb attack three weeks ago. He questions the strategy behind any potential air strikes.

"I don't agree or disagree," he says. "I want someone to tell me what will be the results of these attacks. Are we going to see Assad be removed from the presidency, or will the war criminals be judged and taken to justice?"

"If this happens then I support any Western strikes. But if they disable Assad's air force, then it will mean nothing. The Russian jets continue to bomb us wherever we go."

World attention has focused on Douma after the suspected chemical attack of 7 April, which the UK-based Syrian Observatory for Human Rights says killed more than 40 people and injured dozens of others.

Many of those leaving Eastern Ghouta have joined the thousands of Syrians who continue to make their way to Idlib in northern Syria, where refugees from Eastern Aleppo and other former rebel-held areas now live.

But activists and analysts fear that pro-Assad forces may now turn their attention to dealing with the last sizeable rebel-held territory inside Syria.

In March, senior Arab officials in Amman, Jordan, and Beirut described conditions in Idlib as a "well-constructed kill box" as refugees continue to pour into the last remaining rebel-held areas of Idlib and Hama.

Until three weeks ago, Salman Albani, 29, his wife and newborn baby lived in Saqba city in Eastern Ghouta. Like his neighbours, they were forcibly sent to Idlib three weeks ago after local rebels agreed to leave the area.

"When we were in our homes being attacked, we wished the international community could have done something to stop Assad massacring us," he said via Whatsapp from a refugee camp in Idlib.

"Now we have to live in a refugee camp with thousands of others. I miss my home. But the hope that Assad's jets will be destroyed makes me, and many think, that he will not butcher us in Idlib.

"Maybe there is hope that we can rebuild our homes, without having to worry about Assad's bombs." 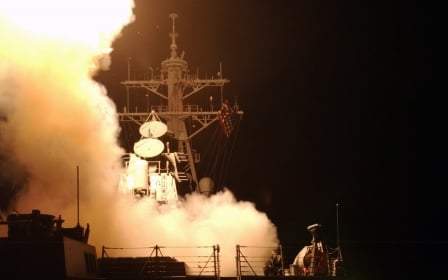