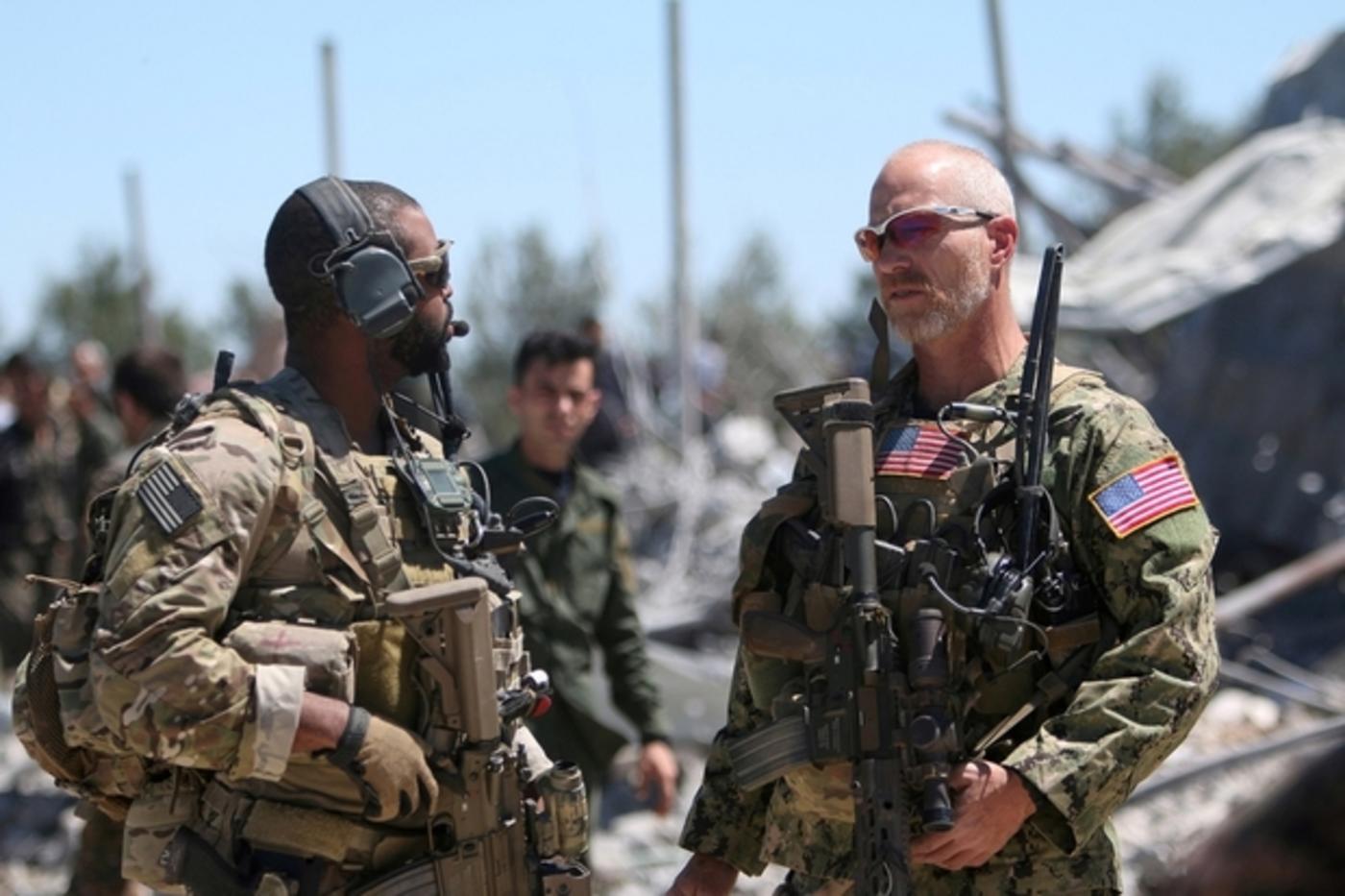 Roughly 2,000 US troops are stationed in Syria (Reuters)
By
MEE and agencies

Donald Trump said he has not changed his position on withdrawing US troops from Syria just as his national security adviser flew to Turkey to discuss the measure.

“We will be leaving at a proper pace while at the same time continuing to fight ISIS and doing all else that is prudent and necessary!” Trump said on his Twitter account on Monday, using an acronym for the Islamic State (IS) group.

Despite Trump’s tweet, Bolton sought to allay concerns about an imminent US pullout in Syria, where roughly 2,000 troops are stationed, saying that the US will remain in the war-torn country until IS is completely defeated.

Speaking to reporters on Monday before travelling to Turkey, Bolton also warned the Turkish government against taking unilateral action against US-backed Kurdish groups in Syria, such as the Syrian Democratic Forces (SDF) and People’s Protection Units (YPG).

The SDF, which is dominated by Kurdish fighters belonging to the YPG, has received support from the US in the fight against IS in Syria.

“We don’t think the Turks ought to undertake military action that’s not fully coordinated with and agreed to by the United States, at a minimum so they don’t endanger our troops,” Bolton said.

On the heels of a visit to Israel, Bolton arrived in Turkey’s capital Ankara on Monday to discuss Syria and Turkish cleric Fethullah Gulen's movement, which the Turkish government blames for a failed 2016 coup, with Turkish officials.

Turkey has repeatedly called on the US to extradite Gulen, who has lived in the US state of Pennsylvania for nearly two decades, to face trial for alleged crimes. Gulen has denied accusations he was involved in the coup.

“The US asked Turkey to provide information about FETO as part of Washington's investigation of the terror group,” said Turkey’s Justice Minister Abdulhamit Gul on Sunday, according to the state-run outlet Anadolu Agency, using an acronym for the Gulen movement.

Meanwhile, US Secretary of State Mike Pompeo vowed on Monday that IS would not be allowed to regroup as he headed to the Middle East following Trump's surprise decision to pull US troops from Syria.

Leaving on a trip to eight Arab capitals, Pompeo told reporters he would show that "the United States is still committed to all the missions that we've signed up for with them over the past two years".

Highlighting that IS emerged during the tenure of Trump's predecessor Barack Obama, Pompeo said the campaign to destroy the movement's self-styled caliphate in war-battered Syria has been "enormously successful".

"And I am confident that we will continue to ensure that the kind of rise that ISIS had under the Obama administration doesn't occur again," he said on his plane as he started his longest trip since taking over as top US diplomat last year.

Pompeo opens his trip in Jordan and will deliver an address on Middle East policy in Egypt, whose military-ruler-turned-president Abdel Fattah al-Sisi has been a key partner of Trump.

Another major focus of the tour will be sustaining a regional coalition to counter Iran, the main enemy of US allies Saudi Arabia and Israel.

"This is a coalition that understands that the largest threats - terrorism and the Islamic Republic of Iran - are things that we ought to work on jointly and we will be marshalling all of the resources, theirs and ours, to achieve them," Pompeo said.

Trump's abrupt announcement last month that he was bringing US troops home prompted a wave of criticism and resignations.

Defence Secretary James Mattis stepped down, as did Brett McGurk, the US special envoy to Syria, and most recently, Pentagon chief of staff Kevin Sweeney.

In recent days, Trump administration officials have applied the brakes, making clear that the withdrawal will not happen quickly. The president himself said last week that the US would get out of Syria slowly "over a period of time".

"The president hasn't changed his position, as he mentioned his primary goal is to ensure the safety of our troops and the safety of our allies as well," White House spokeswoman Mercedes Schlapp told Fox News on Monday.

"It takes time to take the troops out because we want to make sure that our troops are safe in this process," she said.

Pompeo told CNBC on Monday that the Syria drawdown is a "change of tactics", but reiterated that it does not alter the US commitment to defeat IS and counter Iran's influence in the region.

IS has been beaten back from large areas of territory it once controlled in Syria, but Trump's announcement of a US pullout left many questions lingering, including whether Kurdish fighters who had been operating in northern Syria alongside US forces would now be attacked by Turkey.

Allies were also concerned that the withdrawal could leave the US with few options to prevent a resurgence of IS.

As to whether Turkish President Recep Tayyip Erdogan could be trusted not to turn on Washington's Kurdish allies in Syria, Pompeo said: "Erdogan made a commitment to President Trump".

On Monday, Erdogan wrote an opinion piece in the New York Times in which he said that Trump made the right decision to get out of Syria, but urged the US to do it carefully. 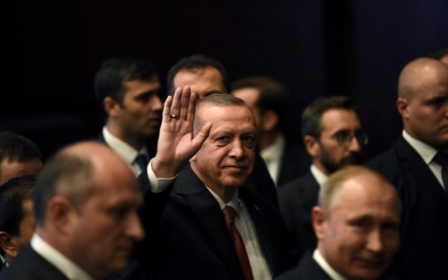