US President Donald Trump has said he "will absolutely do safe zones in Syria" for refugees fleeing violence in the war-torn country.

Saying Europe had made a tremendous mistake by admitting millions of refugees from Syria and other Middle Eastern trouble spots, Trump told ABC News in an interview: "I don't want that to happen here."

"I'll absolutely do safe zones in Syria for the people," he added, without giving details.

Establishing such zones would risk further confrontation with Russia, which is backing Syrian President Bashar al-Assad with air strikes and troops on the ground.

Russia hit back at the plans within hours, saying they had not been consulted over the establishment of safe zones.

"Washington must think about the potential consequences of establishing safe zones," a spokesperson for the Kremlin said on Thursday morning, without elaborating.

Turkey, however, cautiously welcomed the reports, having long pushed for safe zones.

"We have always called for safe zones to be established in Syria," a spokesperson for the presidency said.

"We will wait to see the results of Trump's call."

According to a document seen by Reuters on Wednesday, Trump is expected to order the Pentagon and the State Department in the coming days to craft a plan for setting up the "safe zones," a move that could risk escalating US military involvement in Syria's civil war.

The draft executive order awaiting Trump's signature signalled the new administration was preparing a step that Trump's predecessor, Barack Obama, long resisted, fearing the potential for being pulled deeper into the bloody conflict and the threat of clashes between US and Russian warplanes over Syria.

"The Secretary of State, in conjunction with the Secretary of Defense, is directed within 90 days of the date of this order to produce a plan to provide safe areas in Syria and in the surrounding region in which Syrian nationals displaced from their homeland can await firm settlement, such as repatriation or potential third-country resettlement," the draft order said.

Escalation of US involvement

Creation of safe zones could ratchet up US military involvement in Syria and mark a major departure from Obama's more cautious approach. Increased US or allied air power would be required if Trump chooses to enforce "no fly" restrictions, and ground forces might also be needed to protect civilians in those areas.

Still, the document gave no details on what would constitute a safe zone, exactly where they might be set up and who would defend them. Jordan, Turkey and other neighbouring countries already host millions of Syrian refugees. The Turkish government had long pressed Obama, without success, for creation of a no-fly zone in Syria on its border with Turkey.

The draft raised the possibility of establishing those safe havens in neighboring countries but did not elaborate.

Trump's call for a plan for safe zones is part of a larger directive expected to be signed in the coming days that includes a temporary ban on most refugees to the United States and a suspension of visas for citizens of Syria and six other Middle Eastern and African countries deemed to pose a terrorism threat.

It represents a modified version of the blanket ban on Muslims entering the United States that Trump initially advocated on the campaign trail last year, sparking criticism from human rights groups and across the US political spectrum.

Gulf states to be asked to pay

US military officials have long warned that the creation of no-fly zones inside Syria would require a large number of additional resources beyond the fight against Islamic State, saying it would be difficult to ensure that hardline rebels did not infiltrate those areas amid the chaos of Syria's civil war.

Some Republican lawmakers, though, have advocated the creation of such zones, especially to protect civilians against attacks by forces loyal to Syrian President Bashar al-Assad.

During and after the presidential campaign, Trump called for no-fly zones to harbour Syrian refugees as an alternative to allowing them into the United States. Trump has accused the Obama administration of failing to properly screen Syrian immigrants entering the United States to ensure they have no militant ties.

Obama's aides have insisted the vetting was meticulous, stressing that none of the Syrian refugees allowed in have been implicated in any attacks.

On the campaign trail, Trump gave no details as to how he might go about creating such havens, except to say that he would ask Gulf states to help pay.

"All the questions of setting up a safe zone are still there," a US official said regarding the new plans. "If you're going to declare a safe zone, there's a lot of other things" that would have to be analysed and put in place before it becomes feasible.

Among the biggest questions would be how to avoid confrontations with Russian forces in Syria helping keep Assad in power.

Under the broader executive order, which the draft document says is intended to "protect the American people from terrorist attacks by foreign nationals," Trump would impose a 30-day suspension of the entry of immigrants from Iran, Iraq, Libya, Somalia, Sudan, Syria and Yemen.

The temporary halt is aimed at giving the homeland security secretary, the secretary of state and the director of national intelligence enough time to determine what information is needed from each country to ensure visas are not issued to individuals that pose a national security threat, according to the draft.

Countries that do not provide adequate information about their nationals will be required to do so within 60 days or risk being blocked from entering the United States. That would exclude diplomatic visas, NATO visas and visas for travel to the United Nations.

It would also suspend the overall US refugee programme for 120 days so the government can study the process and determine if additional checks are necessary, but that could be waived on a case-by-case basis. It would completely stop refugee processing of Syrians until "I have determined that sufficient changes have been made" to the refugee programme to ensure "its alignment with national interest," the draft said. 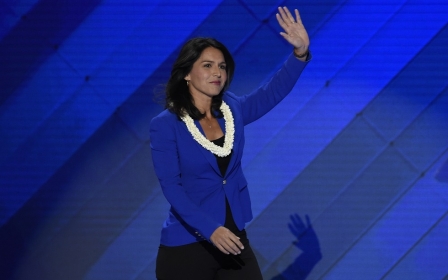