US president tells CBS he would not want to block military sales to Saudi Arabia, saying 'there are other ways of punishing' 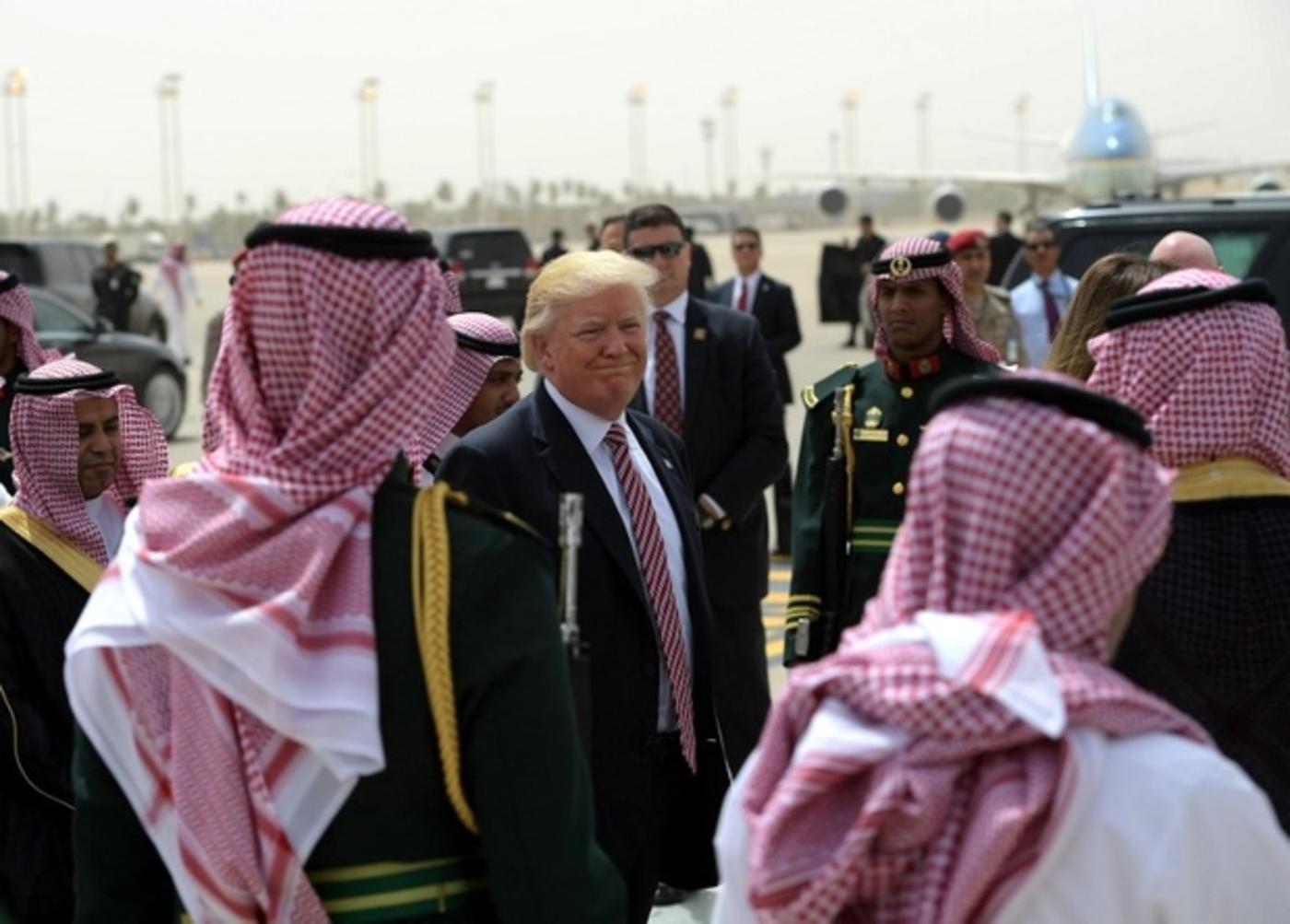 Trump says Khashoggi case is 'being investigated, it's being looked at very, very strongly' (AFP)
By
MEE and agencies

US President Donald Trump has said in excerpts from a CBS interview that there would be "severe punishment" for Saudi Arabia if it turns out that missing Saudi journalist Jamal Khashoggi was killed in the Saudi consulate in Istanbul.

However, Trump said he did not want to block military sales to Saudi Arabia, one option that has rattled US defence contractors, saying "there are other ways of punishing".

Trump told reporters on Saturday at the White House that the US would be "punishing itself" if it halted Saudi military sales, Reuters reported.

Khashoggi, a prominent critic of Riyadh and a US resident who writes columns for the Washington Post, disappeared on 2 October after visiting the consulate.

Sources close to the Turkish investigation into the disappearance have told Middle East Eye that Khashoggi was dragged from the consul general's office inside the consulate before he was brutally murdered by two men who cut up his body.

Jamal Khashoggi’s apparent death at the Saudi Consulate in Istanbul is an atrocity, and Crown Prince Muhammad bin Salman’s close ties to the White House must not stand in the way of a full and forceful U.S. response. https://t.co/XTonCQic7i

Saudi officials have strongly denied any involvement in his disappearance and say that he left the consulate soon after arriving.

"We're going to get to the bottom of it, and there will be severe punishment," Trump said.

"There's a lot at stake. And, maybe especially so because this man was a reporter.

"There's something - you'll be surprised to hear me say that, there's something really terrible and disgusting about that if that was the case, so we're going to have to see."

Asked whether Mohammed bin Salman, the Saudi crown prince, gave an order to kill Khashoggi, Trump said: "Well, nobody knows yet, but we'll probably be able to find out.

“I don’t want to hurt jobs." President Trump says there will be consequences if Saudi Arabia is found to be behind journalist Jamal Khashoggi’s disappearance, but he won’t commit to sanctions or cutting sales of military equipment. 60 Minutes, Sunday. https://t.co/lO8gSASPJZ pic.twitter.com/VhAEOoDBN6

"It's being investigated, it's being looked at very, very strongly," Trump added in excerpts of the 60 Minutes interview, which will air on Sunday.

"And we would be very upset and angry if that were the case. As of this moment, they deny it, and they deny it vehemently. Could it be them? Yes."

Later, on Saturday at the White House, Trump seemed pessimistic about Khashoggi's fate, telling reporters that it was "not looking too good," and that he may have been killed.

"I think we would've known by now. That was our first hope, our first hope was that he was not killed, but maybe that's not looking too good... from what we're hearing," Trump said.

The US has been under increasing pressure to demand answers from Saudi Arabia, a long-time US ally in the Middle East, as to Khashoggi's disappearance.

US-Saudi relations have grown even stronger since Trump took office.

He visited Saudi Arabia on his first international trip as president, announcing $110bn in proposed arms sales with the Gulf kingdom at the time

Major US defence contractors have expressed concern to the Trump administration that US politicians angered by Khashoggi's disappearance will block further arms deals with Riyadh.

But Trump said he did not want to lose military sales to Saudi Arabia that are coveted by US competitors Russia and China, also exporters of military equipment.

Asked about possible ways to retaliate against the Saudis, including imposing economic sanctions, as a bipartisan group of senators has proposed, Trump said: "Well, it depends on what the sanction is. I'll give you an example.

"They [the Saudis] are ordering military equipment. Everybody in the world wanted that order.

"Russia wanted it, China wanted it, we wanted it. We got it, and we got all of it, every bit of it."

"I don't want to lose an order like that," he said, mentioning the companies Boeing, Lockheed and Raytheon.

"And you know what, there are other ways of punishing," he said, without elaborating.