Some 10,000 Yemenis have been killed in the war next door, while others face hunger and a cholera outbreak 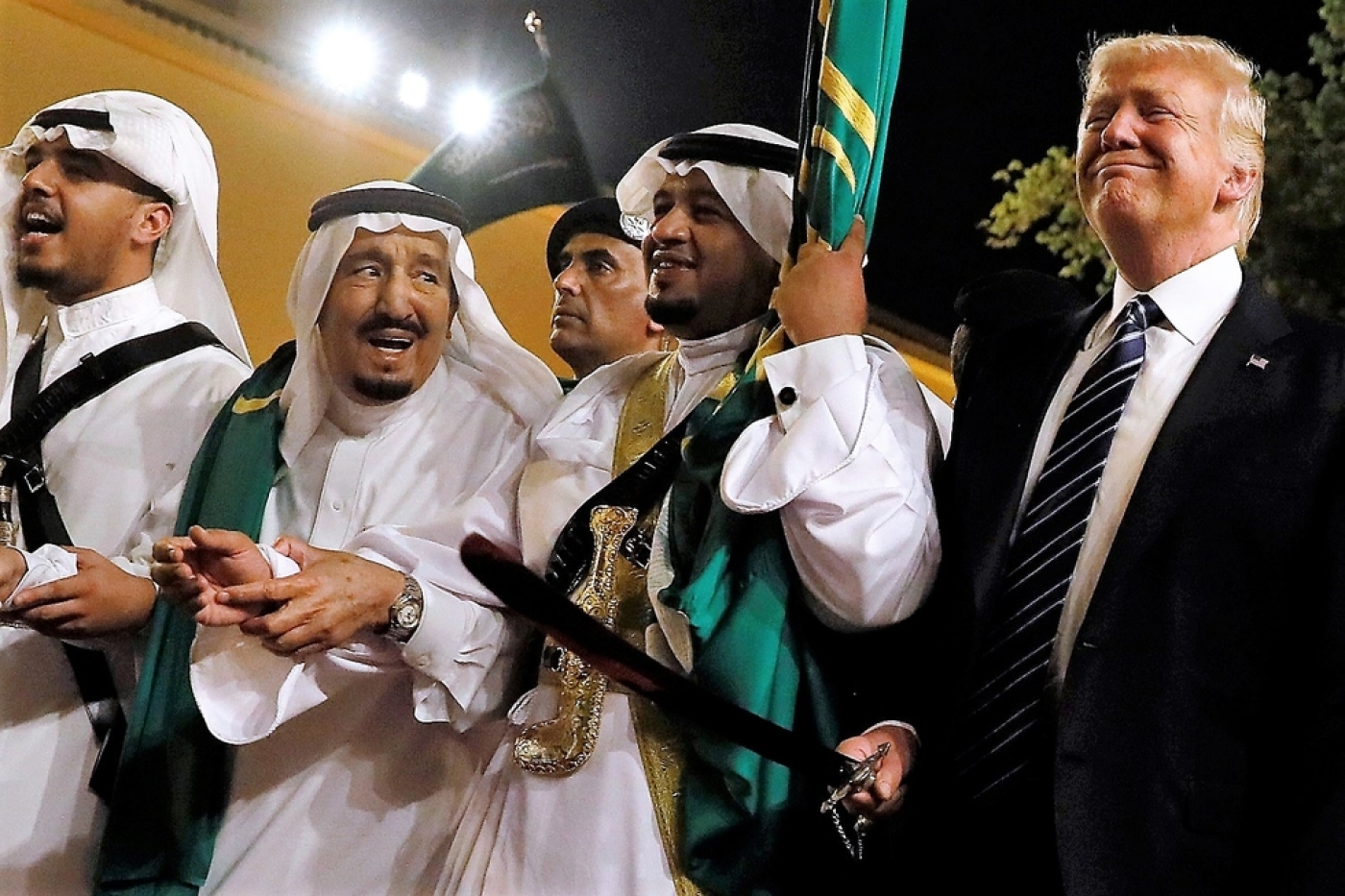 'Clearly the Saudi-led military alliance has not helped the situation inside Yemen,' said Jan Egeland, who is now head of the Norwegian Refugee Council charity (Reuters)
By
James Reinl

Egeland, a former UN aid chief, said he “was saddened to see that the war in Yemen was not mentioned” when Trump sealed his huge arms deal and other investments totalling $350bn during his maiden voyage to the desert kingdom.

“Clearly the Saudi-led military alliance has not helped the situation inside Yemen,” Egeland told Middle East Eye, referring to the two-year-old civil war that has pitted the Houthi rebels against a Saudi-backed coalition. Riyadh accuses the Houthis of being Iranian proxies.

“Saudi has been giving humanitarian aid, but the restrictions on land, sea and air has cost the Yemeni civilians much more than the humanitarian assistance could help them. Saudis and Iranians should concentrate rather on getting peace in Yemen than in undermining each other.”

Trump unveiled his deal while in Riyadh, his first stop on a nine-day tour of the Middle East and Europe that has shifted the spotlight away from a scandal that his campaign team colluded with Kremlin-backed hackers to win the 2016 election.

Trump lauded the agreement, which includes a pledge by Riyadh to assemble 150 Lockheed Martin Blackhawk helicopters in Saudi Arabia, for delivering jobs to US workers and bolstering Washington’s ally against its regional foe, Iran.

But it is controversial. Some 10,000 Yemenis have been killed in the war next door. Civilians face hunger and a cholera outbreak has claimed hundreds of lives. Nearly 3.3 million people – including 2.1 million children – are acutely malnourished, the UN says.

“Trump has always been clear that his intentions are to make great business deals, and it’s obvious what the purpose of the trip was,” Shireen al-Adeimi, a Harvard University scholar who was born and raised in Yemen, told MEE.

“But, in light of the enormous humanitarian toll that the war is taking on Yemen, it’s shocking and disappointing that there was no pushback from the Republican Party about this deal, which will only make the situation in Yemen much worse.”

Trump appears to be taking a tougher line on Iran than his predecessor Barack Obama – a shift that has been welcomed by Saudi royals, who feted him with red carpets, traditional dancing and a five-story headshot of the US president projected onto the Ritz-Carlton Hotel in Riyadh.

Obama’s team halted some arms sales to Riyadh last year amid fears that they would be used to bomb Yemeni civilians. The Trump administration has freed up those weapons, which are part of the $110bn package, The New York Times reported.

Speaking in front of reporters during a meeting with Israeli Prime Minister Benjamin Netanyahu in Jerusalem on Monday, Trump criticised Iran for supplying militants across the Middle East and also Obama, for easing sanctions on Iran as part of his nuclear deal.

“No matter what area we’re in – Yemen, Iraq, no matter where we are we see the signs [of Iranian influence] whether it’s soldiers, whether it’s money and guns,” Trump said, according to a report issued by the White House.

“Instead of saying thank you to the United States, they now feel emboldened. It was a terrible, terrible thing for the United States to enter that deal. And, believe me, Iran will never have a nuclear weapon, that I can tell you.”

Egeland, head of the Norwegian Refugee Council charity, spoke with MEE after releasing the annual Global Report on Internal Displacement, which found that conflict and disasters forced 31.1 million people to flee their homes globally in 2016.

'We want the de-escalation zones to succeed. Hopefully this is a step towards a better future for Syrian civilians'

Egeland warned that time was running out for civilians caught up in Syria’s civil war.

He was cautiously optimistic about the four separate “de-escalation zones” that were agreed upon by Russia, Turkey and Iran for an initial six-month period in Astana earlier this month and are due to be fully mapped out by 4 June.

The deal envisages a halt in hostilities between Syrian government troops and rebels within the zones and the creation of conditions for aid workers, doctors and reconstruction teams to do their jobs while civilians return home.

“We want the de-escalation zones to succeed,” Egeland told MEE. “Hopefully this is a step towards a better future for Syrian civilians.”

The largest de-escalation zone includes Idlib province and adjoining districts of Hama, Aleppo and Latakia provinces. The other three zones are in northern Homs province, the Eastern Ghouta region east of the capital Damascus and along the Jordanian border in southern Syria.

“If these can be zones where there is no fighting, where civilians will be protected and where humanitarian assistance can flow, then that will be a very good thing,” said Egeland.