NEW YORK, United States – It was not just US President Donald Trump getting laughed at in the UN General Assembly this week. On Iran, Palestine and other Middle East issues, Washington has drifted away from its global allies and partners, veteran diplomats told Middle East Eye.

At one of several events about Iran’s missile-building and support for foreign militias, Secretary of State Mike Pompeo was heckled by a woman audience member who was expelled after yelling: “We’re sick of you killing these Iranians.”

As he exited that meeting at a Manhattan hotel, Yousef al-Otaiba, the UAE’s ambassador to Washington, was trailed down the street by another activist calling him a “war criminal” over his country’s US-backed military deployment in Yemen.

But, according to UN analysts, these public embarrassments were overshadowed by a growing international resentment of a Trump administration that is struggling to rally allies and partners behind its policy goals in the Middle East.

“Last year, there was an uncertainty over who Trump was. Was it real? Was it an act? Now, everybody has a year more of understanding of this man and very few countries, very few leaders, are buying into the show,” Daniel Kurtzer, a former US diplomat, told Middle East Eye.

“Behind closed doors, they have to face the reality that what Trump has said publicly is now the laughing stock of the international community.”

Washington’s main goal at this year’s UN General Assembly was to isolate Iran diplomatically and economically and to justify Trump’s decision to scrap the 2015 nuclear deal over the objections of co-signatories Britain, France, Germany, Russia, China, Iran and the European Union.

In his keynote to the UN General Assembly on Tuesday, Trump bashed a “brutal regime” for spreading “mayhem across the Middle East”, led by clerics who “plunder the nation’s resources” while its economy freefalls.

Trump urged “all nations to isolate Iran’s regime” by joining Washington’s re-imposition of sanctions in November to curb its oil exports and staunch cash-flows that he said fund illicit nuclear and ballistic missile technology.

On Wednesday, Trump presided over UN Security Council talks that were slated to single out Iran. But US diplomats had already faced blowback from other members on the 15-nation body, and reframed the event to cover weapons proliferation more generally.

EU works against US

That was not the only resistance Trump met at the UN headquarters. Within hours of him leaving the UN’s marble dais, European Union members announced plans to skirt US sanctions and enable legal trade with Iran.

In what was widely seen as an uncharacteristic rebuke of Washington, French President Emmanuel Macron chided its “survival-of-the-fittest approach” to world affairs. Addressing the Security Council, Macron said Washington’s approach to Iran was inadequate.

“We are all united around this table that Iran must not be able to arm itself with nuclear weapons,” said Macron, sitting just a few feet away from Trump. But, he added, “sanctions and containment” are not sufficient.

What’s important is that today, other than one or two countries, no one is supporting America. It’s a historic political isolation that is rare for America

Macron’s decision to meet privately with his Iranian counterpart, Hassan Rouhani, to discuss keeping the nuclear deal alive, was widely seen as a snub to Trump. The same went for Rouhani’s face-time with Japanese Prime Minister Shinzo Abe, another US ally.

In this climate, Rouhani turned the tables on Trump under the spotlight of a UN address. He told Trump to “stop bullying” Tehran and painted the US as a rogue nation that was taking a wrecking ball to the rules-based global order.

Later, Rouhani cited International Atomic Energy Agency findings that Iran was sticking to the uranium-enrichment controls set by the 2015 deal, and said it was Washington – not Tehran – that had breached a UN Security Council resolution.

“What’s important is that today, other than one or two countries, no one is supporting America,” Rouhani told reporters at a news conference later in the week. “It’s a historic political isolation that is rare for America.”

Palestinian Authority President Mahmoud Abbas used similar tactics when addressing the UN on Thursday against the backdrop of the West Wing pushing a peace process that is widely viewed as favouring Israel over the Palestinians.

This past year, Trump has slashed funding for Palestinian refugees, shuttered the PLO representative office in Washington and upended years of negotiations by recognising Jerusalem as Israel’s capital.

On Thursday, Abbas urged the US to backpedal, telling the 194-nation hall: “With all of these decisions, this administration has reneged on all previous US commitments, and has undermined the two-state solution.”

There was more action behind the scenes. Palestinian Foreign Minister Riyad al-Maliki spoke of “open war” with the White House after private talks with envoys from some 40 European, Arab and other governments in defiance of Trump’s peace-making efforts.

World powers appeared to have their back, by stumping up cash for the UN Relief and Works Agency for Palestinian refugees, which was defunded by a Trump administration that sought to put pressure on Abbas.

On Thursday, the agency’s commissioner-general Pierre Krahenbuhl‏ thanked Kuwait, the EU, Germany, Norway, France, Belgium and Ireland for coming up with $122m, reducing the deficit to $68m and lessening its worst-ever financial crisis.

Addressing world leaders, Macron swiped at Trump’s tactics, saying that “trampling on the legitimate rights” of the Palestinians with “unilateral initiatives” would not resolve the Israeli-Palestinian conflict.

Of course, the US was not wholly without allies. Israel’s Prime Minister Benjamin Netanyahu offered UN members alleged evidence of a secret Iranian nuclear site. Before talks with Trump, he said the president’s decision on Jerusalem had “touched our hearts”.

But overall, former US diplomats saw Washington’s global clout wane this week. Jon Alterman, a former State Department official, told MEE that foreign leaders were working against Trump and trying to “replace the US without confronting it”.

Heather Conley, also a former State Department official, told MEE of European overtures to Moscow and Beijing to keep the Iran nuclear deal afloat, but also noted limitations in whether they could “meaningfully balance against the US and its policies”.

Kurtzer, formerly Washington’s ambassador to Israel and to Egypt, said that while Trump has become a joke on the world stage, the annual parley in midtown Manhattan was only important “to a small group of policy makers”. 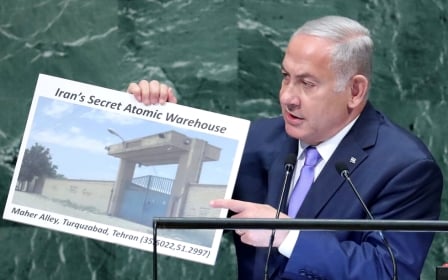 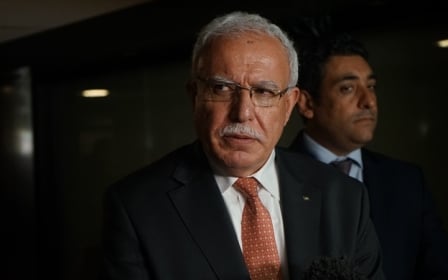