Tunisia's National Dialogue initiative was awarded the Nobel Peace Prize on Friday for its efforts to achieve a democratic transition following the country's 2011 revolution.

Awarding the quartet this year's highly coveted prize, the Nobel committee said they had been honoured for their "decisive contribution to the building of a pluralistic democracy in Tunisia in the wake of the Jasmine Revolution of 2011".

"The Quartet was formed in the summer of 2013 when the democratisation process was in danger of collapsing as a result of political assassinations and widespread social unrest," the committee said in a statement.

"It established an alternative, peaceful political process at a time when the country was on the brink of civil war."

Kaci Kullmann Five, a Norwegian businessperson and politician who chaired this year's committee, said the decision to award the Tunisian mediators could be seen as a message to other countries in the region.

"We hope it will inspire people to see that it is possible to work together, that Islamist and secular political movements have managed to do so with the help of civil society in Tunisia, and that this is in the best interests of everybody living in the country."

In a video message, Tunisian President Beji Caid Essebsi said the award recognised the "path of consensus" chosen by Tunisians in the aftermath of the revolution.

"Tunisia has no other solution than dialogue despite ideological disagreements," he added.

Tributes to the mediators poured in after the announcement was made in Oslo.

The European Union's foreign policy chief Federica Mogherini said the group's win demonstrated "the way out of the crises in the region: national unity and democracy".

Thrilled for Tunisian people. Dialogue, inclusiveness,democracy & respect for human rights is the only way #NobelPeacePrize

The group beat 272 other contenders to get the top spot, the BBC reported.

The shortlist for the prestigious prize are kept top secret before the winner is announced, but this year's candidates were thought to include Pope Francis, head of the Catholic church. Commentators had also suggested that German Chancellor Angela Merkel could be up for the prize for her role in Europe's refugee crisis. 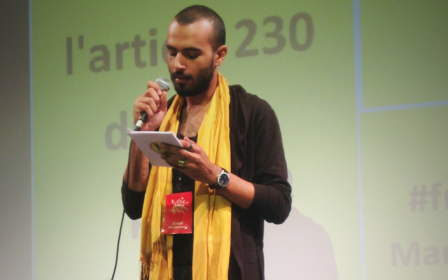