Tunisian President Marzouki calls for an end to the transitional phase "If I had a magic wand, I would hold the election tomorrow" says Tunisia's President Marzouki

"If I had a magic wand, I would hold the election tomorrow," Marzouki told Anadolu Agency in an exclusive interview.

He said Tunisia's national interest lay in holding elections as soon as possible.

Marzouki added that Tunisia's new constitution made it necessary for elections to be held before the end of 2014.

Some Tunisian parties have proposed delaying the elections.

But President Marzouki insisted that the transitional phase must come to an end as soon as possible so as to ensure stability and put the economy back on track.

He added that the longer the transitional phase lasted, the more the nation's unemployed would suffer and the deeper the national economic crisis would become.

"We probably lose thousands, if not millions, of dinars every day due to the suspension of the country's economic activities and local and foreign investment," Marzouki said.

He added that the end of Tunisia's transitional phase would mean greater stability for the country.

"I want stability for Tunisia," Marzouki said. "And this stability won't come without elections."

The president said transitional governments could not initiate radical structural reforms – unlike governments that had electoral legitimacy.

"Such [democratically legitimate] governments are the only ones able to carry out the necessary reforms," he added.

President Marzouki said his country had plans to step up its presence in Africa, adding that Tunisia was about to launch new air routes to and from several African countries.

"There are serious preparations underway for visits to five African countries," he told AA. "And I will accompany a number of entrepreneurs with me."

"We need to be there – not to take part of the booty, but because our interests are there," he said.

The Tunisian leader said Arabs could benefit from Africa – and also be of benefit to the continent – adding that it was high time for Arabs to look southward.

Marzouki said he had noticed that Turkey, too, was interested in cooperating with Africa, a development he described as "important."

"Turkey is a Muslim country and I believe that Arabs and Muslims must have an intensive presence in Africa, particularly given the fact that the atmosphere there is favorable to anybody who comes from the Arab and Muslim worlds," he added.

The Tunisian president said his country's position on the crisis in Syria remained unchanged.

"We believe that the Syrian people – like the Tunisian people – have the right to have a regime that has nothing to do with corruption," Marzouk told AA.

"They have the right to live in peace, far from terrorism and state terrorism," he added.

He described as "farcical" the candidacy of Syrian president Bashar al-Assad in the country's next presidential election.

"The Syrian people have the right to choose their president in full transparency and in an atmosphere of real democracy," Marzouki said.

He expressed hope that the violence would end in Syria and all parties to the conflict would find their way to the negotiation table. 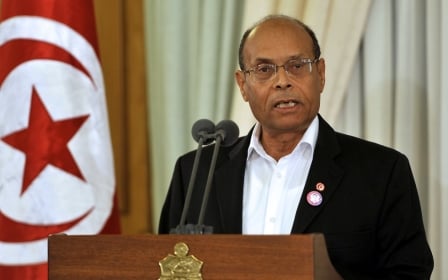 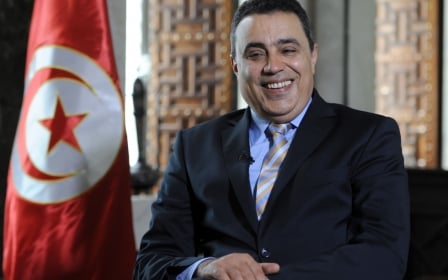