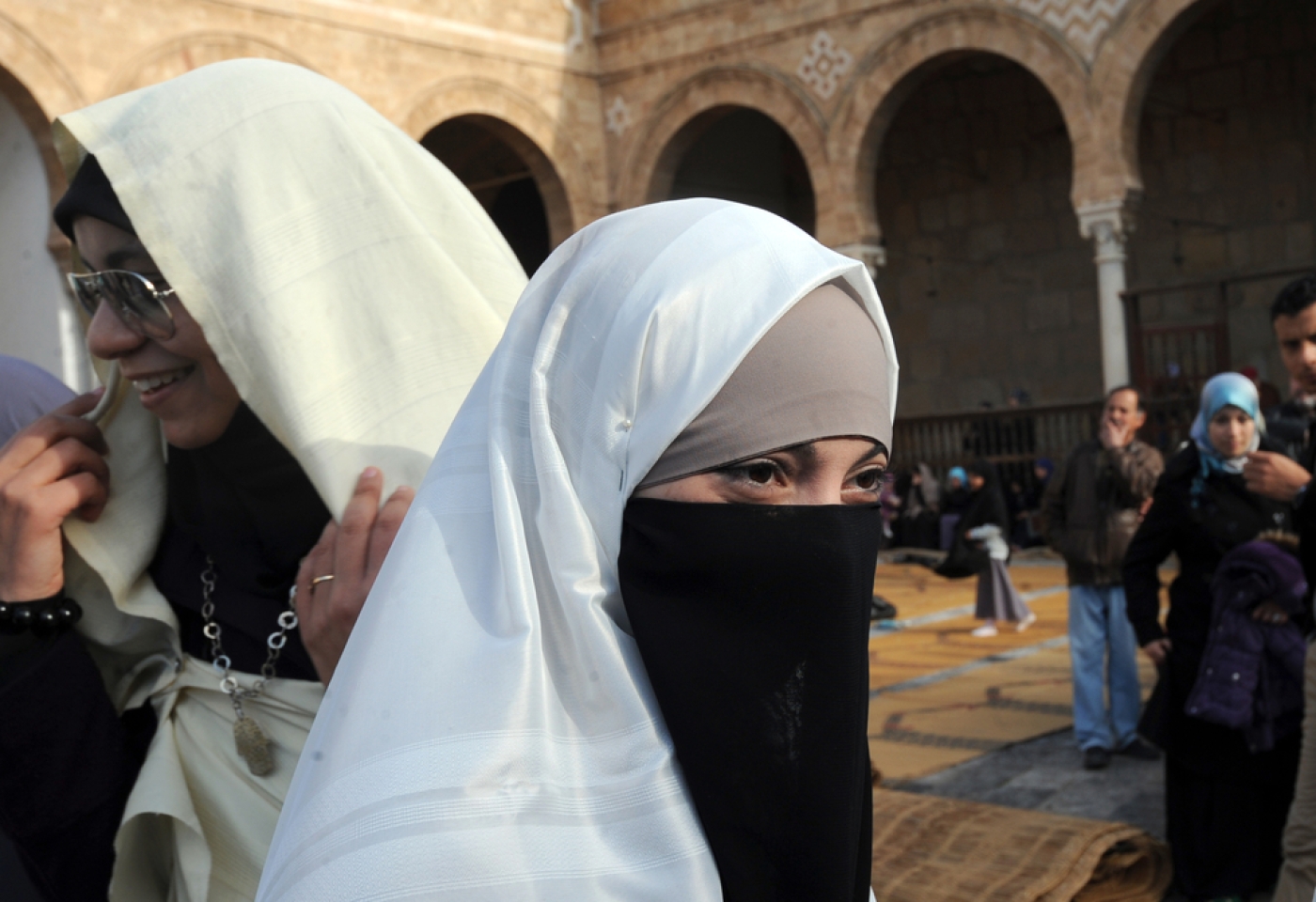 Tunisian Muslim women commemorate the birth of Islam's Prophet Mohammed in Zitouna mosque in Tunis, on 13 January, 2014 (AFP)
By
MEE and agencies

Tunisia's religious affairs minister was fired on Friday for "attacking the foundations of diplomacy" after he publicly suggested the conservative form of Islam practised in Saudi Arabia had links to extremism.

A government statement said Prime Minister Youssef Chahed had relieved Abdeljalil Ben Salem of his duties due to his "attack" on Tunisia's diplomatic principles.

On Thursday Ben Salem confirmed during a parliament session that he had "dared" to question Riyadh's ambassador to Tunis about Saudi Wahhabism being a "vehicle for terrorism".

"I say to Saudis... reform your school (of Islamic thought) because terrorism has historically come from it. I say this to you with love and modesty," the minister said, according to the private Mosaique FM radio station.

Wahhabism is an ultra-orthodox strand of Sunni Islam practised in Saudi Arabia and the Gulf, and it has become an increasingly popular theme to explain the chaos gripping the Middle East.

Ben Salem tried to row back from his comments, issuing a statement saying that Tunisia's relations with the kingdom were "completely harmonious".

Tunisia has witnessed a series of militant attacks since the popular uprising of 2011, including deadly attacks on foreign tourists in 2015.

Translation: The Religious Affairs Minister of Runisia Abdeljalil Ben Salem accuses Saudi Arabia of being a vehicle for terrorism / and is quiet in front of Iranian crimes everywhere / the shameful Tunisian elite”

Translation: “Those who respect humanity and say the truth, this is their end in our world. The Tunisian Religious Affairs minister has been fired because he accused Saudi Arabia of being a 'vehicle for terrorism'”