Tunisians protest for right not to fast during Ramadan

There is no law against eating or drinking in public during Ramadan, but every year the issue comes up 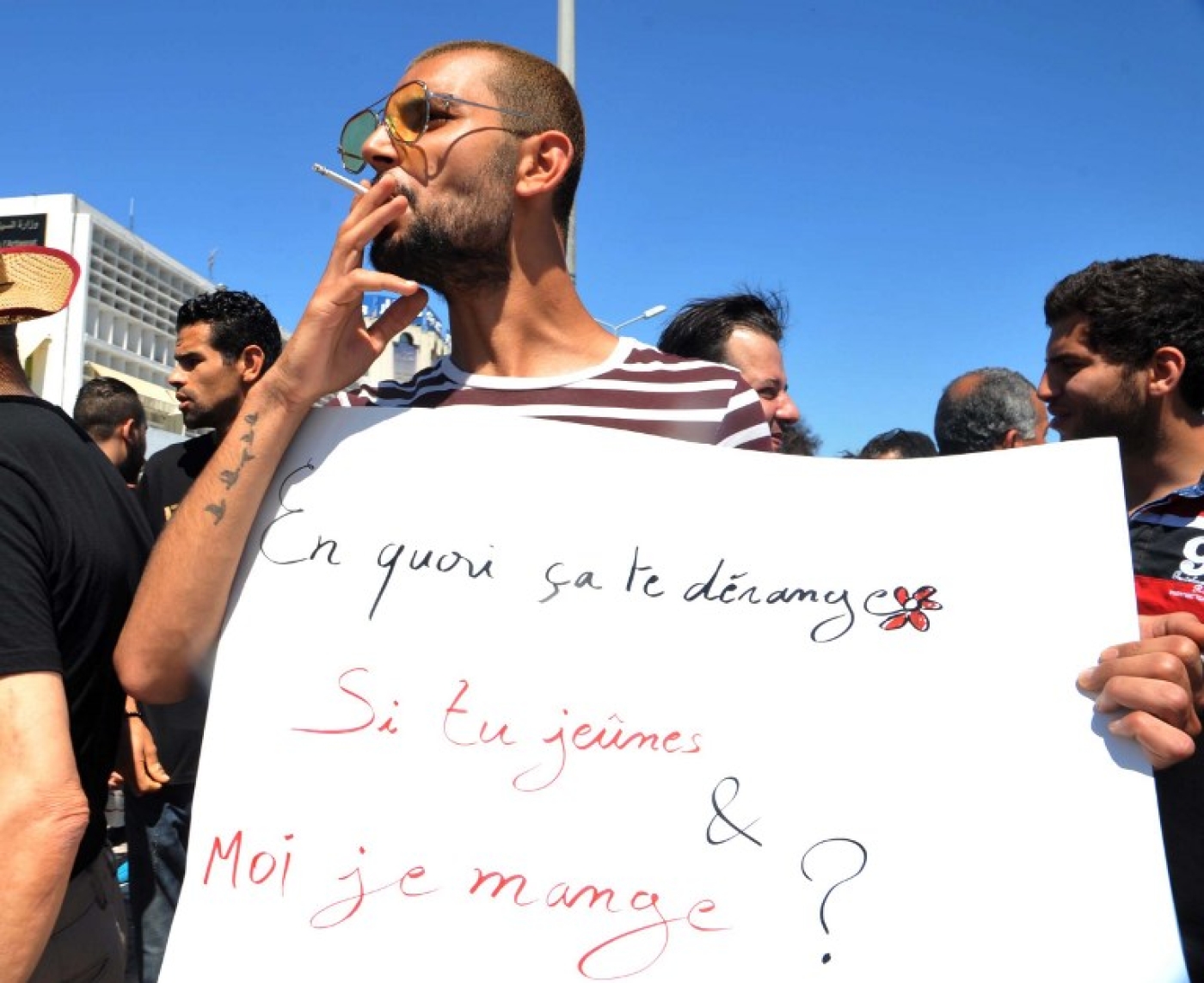 Tunisian protester smokes and holds placard reading in French, "Why is it bothering you if you fast and I eat?" during demonstration for right to eat and smoke in public during Muslim dawn-to-dusk fasting month of Ramadan, on Sunday in Tunis (AFP)
By
AFP

Dozens of Tunisians demonstrated on Sunday to demand the right to eat and drink in public during the Muslim fasting month of Ramadan and to protest against non-fasters being arrested.

There is no law against eating or drinking in public during Ramadan, but every year the issue comes to the fore in the North African country.

Tunisia's constitution guarantees "freedom of belief and conscience," but the state is also the "guardian of religion".

Following a call by the "Mouch Bessif" (Arabic for "Not against our will") group, protesters in central Tunis shouted that "Individual freedom is guaranteed by the constitution!"

One man openly smoking a cigarette - this is also deemed unacceptable during Ramadan daylight hours - held a placard in French that asked: "Why does it bother you if you fast and I eat?"

Demonstrators also protested against the arrest of people who were not fasting.

Jailed for a month

At the beginning of June, four men were sentenced to a month in jail for "public indecency" after eating outside during daylight.

"We're protesting about lawsuits against non-fasters... Whoever wants to fast can fast, but whoever doesn't want to shouldn't have to," demonstrator Karim Chair told AFP.

Since the 2011 revolution there have been calls for the right not to fast, but this was the first time such a demonstration has taken place in Tunisia.

"I fast but I came to join this protest and call with these people for respect for the freedom of belief and conscience," said another demonstrator, Kamel Jalouli.

Most cafes and restaurants in Tunisia close during the day in Ramadan, and those that open do so discreetly.

As this year's fasting month began, a media-oriented preacher went around to cafes open during the day to record footage of clients and shame them in a move that was heavily criticised on social networks. 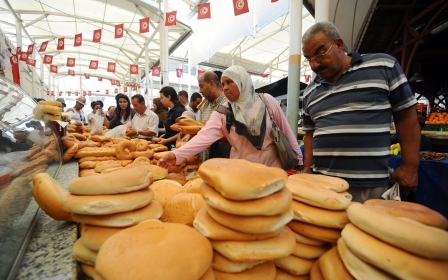 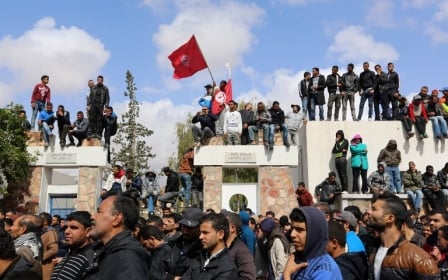 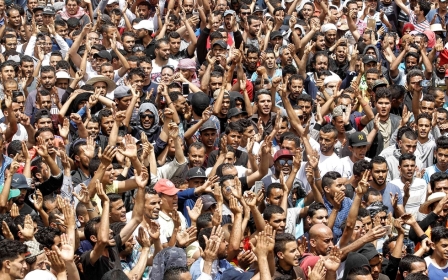