Tunisia's olive production could halve by 2030 due to climate change

As world leaders gather in Paris for the UN climate conference, eyes turn to how global warming is devastating parts of North Africa 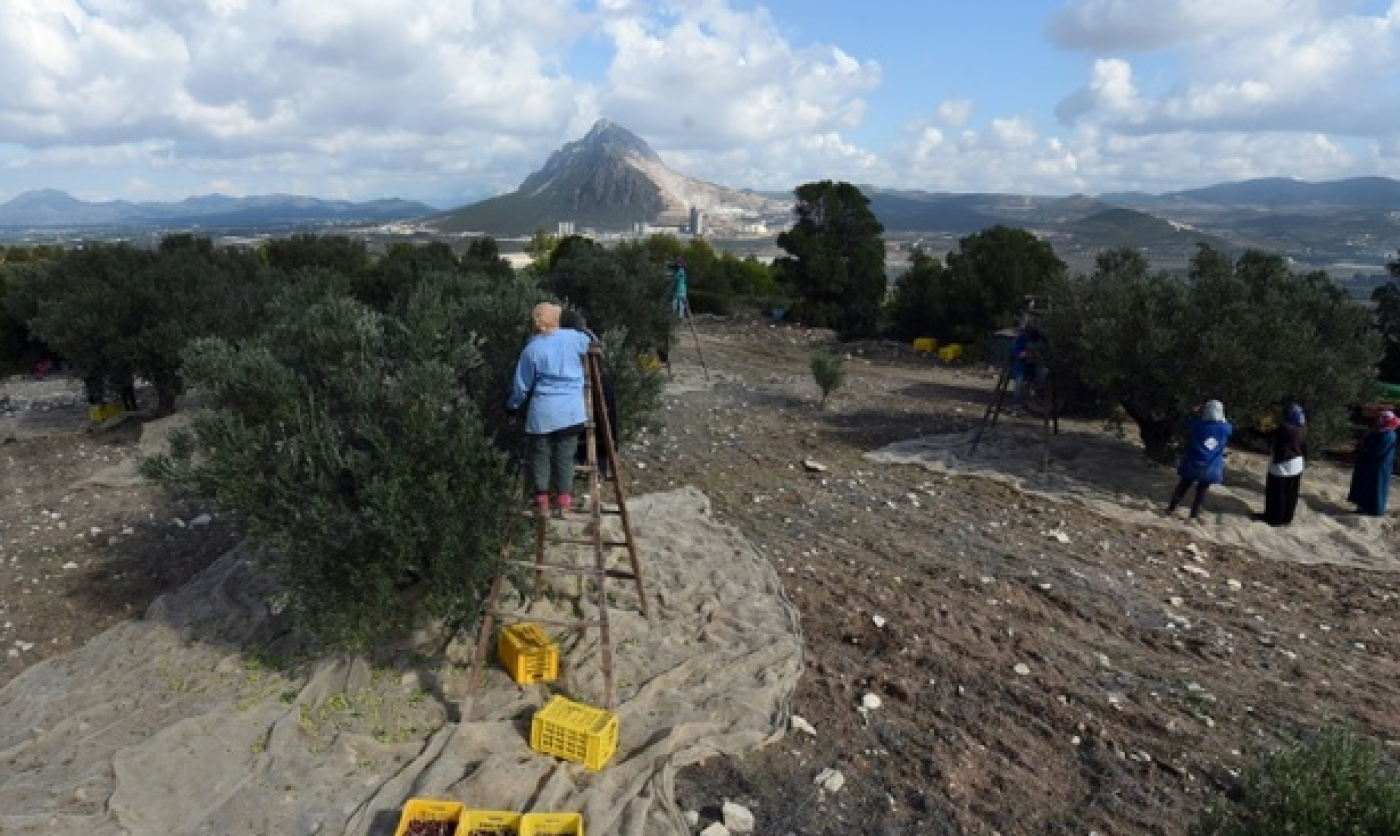 Farmers claim that from one year to the next, olive oil production can go from 300 tonnes to 30 tonnes due to climate change (AFP)
By
AFP

Tunisia's 3,000-year history of olive farming is under threat with warnings that production is at risk of halving by 2030 because of the extremes of climate change, from floods to droughts.

"Before it used to rain regularly and the harvest was good. Today, everything is different," said 65-year-old olive farmer Amor Slama.

This year at least, his country's battered economy can count on record olive oil exports.

But climate change can wreak havoc in the North African state, where only a few hundred kilometres separate the fertile lands on the shore from the first dunes of the Sahara desert.

The Slama family has for generations cultivated tens of thousands of olive trees on 230 hectares in Mornag, south of Tunis, where the fields are parched in the summer and turn green in the springtime.

"When I started olive farming 30 years ago, I never thought that one day I would have to water the trees," Slama said.

Extreme weather can add to the perils, with heavy rains inundating the land, sweeping away the earth and damaging trees.

In the short term, Tunisia's olive oil sector, which accounts for more than 40 percent of revenues from agricultural exports and five percent of total exports, has cause to celebrate.

Official figures project a record output of 340,000 tonnes in 2015, with 312,000 tonnes for export, making Tunisia - for the first time - the world's leading exporter of the prized product.

In a rare spot of good news for an economy rattled by militant violence and political instability since Tunisia's 2011 revolution, the sector has brought in almost one billion euros ($1.07 bn) this year, said Anis Rayani, an adviser at the agriculture ministry.

"It's been more than 20 years now that I've been noticing the impact of climate change, especially rising temperatures, on the crop," he said.

"From one year to the next, olive oil production can go from 300 tonnes to 30 tonnes."

Chokri Bayoudh of the agriculture ministry said olive crops have always been at the mercy of the elements.

"But before we used to have severe drought one year out of five. Now it's an average of two in five."

Climate change affects the entire olive oil sector that employs 390,000 of the country's 560,000 agricultural workers and provides a source of revenue for one million Tunisians.

As things stand, out of Tunisia's 80 million olive trees, 80 percent are not irrigated and depend entirely on rainwater.

Moreover, a high percentage of them are to be found in central and southern Tunisia which has the most arid soil.

A joint study by the agriculture ministry and the German cooperation agency warns production could be cut in half by 2030, leaving many farmers in ruin.

"To water the trees we've had to spend a lot of money, digging a deep well and constructing basins to retain rainwater," Slama said.

"But with the drought, the well water turned salty and then dried up," said the farmer, whose basins on a land of cracked earth today stand empty.

The ministry's Bayoudh said Tunisia has been taking action to face the challenge of climate change.

"We've started to implement a plan to stabilise production within the next few years," he said.

Tunisian authorities are encouraging farmers to plant local species of olive trees that are more resistant to drought and plan themselves to plant up to five million in the north of the country where average rainfall is the highest.

The $19mn project has been officially launched and runs until 2020.

"We have to adapt," said Bayoudh.