About 2,000 people were killed and entire neighborhoods razed in southeastern Turkey in 18 months of government security operations characterised by massive destruction and serious human rights violations, the United Nations said on Friday.

The UN human rights office said in a report on the period July 2015-December 2016 that up to 500,000 people, mostly Kurds, had been displaced, while satellite imagery showed the "enormous scale of destruction of the housing stock by heavy weaponry".

The UN investigators documented numerous killings, disappearances and torture, as well as other human rights violations. The most serious abuses took place during periods of curfew imposed for several days at a time.

The Turkish foreign ministry late Friday fired back, saying: "The 'report' about anti-terror operations in the southeast is biased, based on false information and far from professional."

"The space in the report given to a terror organisation's propaganda overlapping with unfounded allegations is not accepted by our side," the ministry added, referring to the outlawed Kurdistan Workers' Party (PKK).

Almost 800 of those killed were members of the security forces, and an unspecified number of the other 1,200 may have been involved in violent or non-violent action against the state, the report said.

“The subsequent demolition of the buildings destroyed evidence and has therefore largely prevented the basic identification and tracing of mortal remains,” the report continues.

“Moreover, instead of opening an investigation into the circumstances surrounding the reported excessive use of force, recourse to heavy weapons and the resulting deaths, the local authorities accused the people killed of participating in terrorist organizations and took repressive measures affecting members of their families.”

The investigators were not granted access by Turkey and as of last month the UN had not received any formal response to its concerns, the report said.

UN High Commissioner for Human Rights Zeid Ra'ad al-Hussein said in a statement on Friday that Turkey had "contested the veracity of the very serious allegations" in the report.

He said he was "particularly concerned by reports that no credible investigation has been conducted into hundreds of alleged unlawful killings, including women and children over a period of 13 months between late July 2015 and the end of August of 2016.

In the town of Cizre in early 2016, up to 189 people were trapped for weeks in basements without water, food, medical attention and power before being killed by fire induced by shelling, the report said.

One woman's family was given "three small pieces of charred flesh", identified by DNA as being her remains. Her sister, who demanded legal action, was charged with terrorist offences, the report said.

Satellite imagery released by the high commissioner's office shows the extent of the destruction in the southeast in before and after photos:

Residents of the southeast have previously told Middle East Eye of the hardships they face since the violence resumed, ending a two-year ceasefire between the Turkish state and the Kurdistan Workers Party (PKK).

Asya, a resident of Sirnak, and her family saw their homes obliterated in the fighting.

“Nine months ago we had six flats in Sirnak but when the conflict started we fled,” she told MEE in December. "We could only take some clothes with us; all I could bring was one bag. We fled to the city of Siirt with our eight children.

“Our city was under curfew for eight months so we rented a flat in Siirt. My husband couldn't find a job there. One of my sons is working, he is 17 years old, and he earns 1200 lira from which we have to pay rent of 750 lira for the flat. We can only just afford a few things to eat. Before we had six flats but now I have nothing.”

“I visit the remains of my home every day. This rubble is all I have now."

Turkey has long claimed to be fighting terrorism in the southeast, noting that armed Kurdish militant groups set up roadblocks in towns across the southeast and have been responsible for killing scores of police and soldiers.

More than 40,000 people have been killed since the PKK launched a guerilla war against the Turkish state in 1984, with human rights abuses reported on both sides. 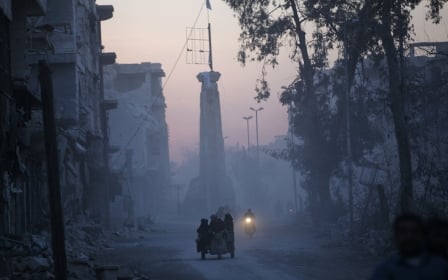 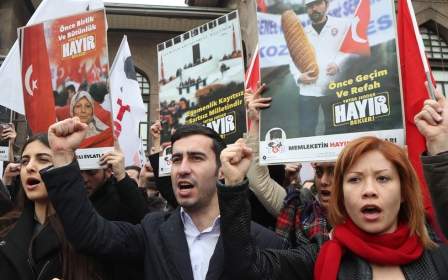