The new border force will be controlled by the mainly Kurdish Syrian Democratic Forces, which Turkey considers an arm of the PKK 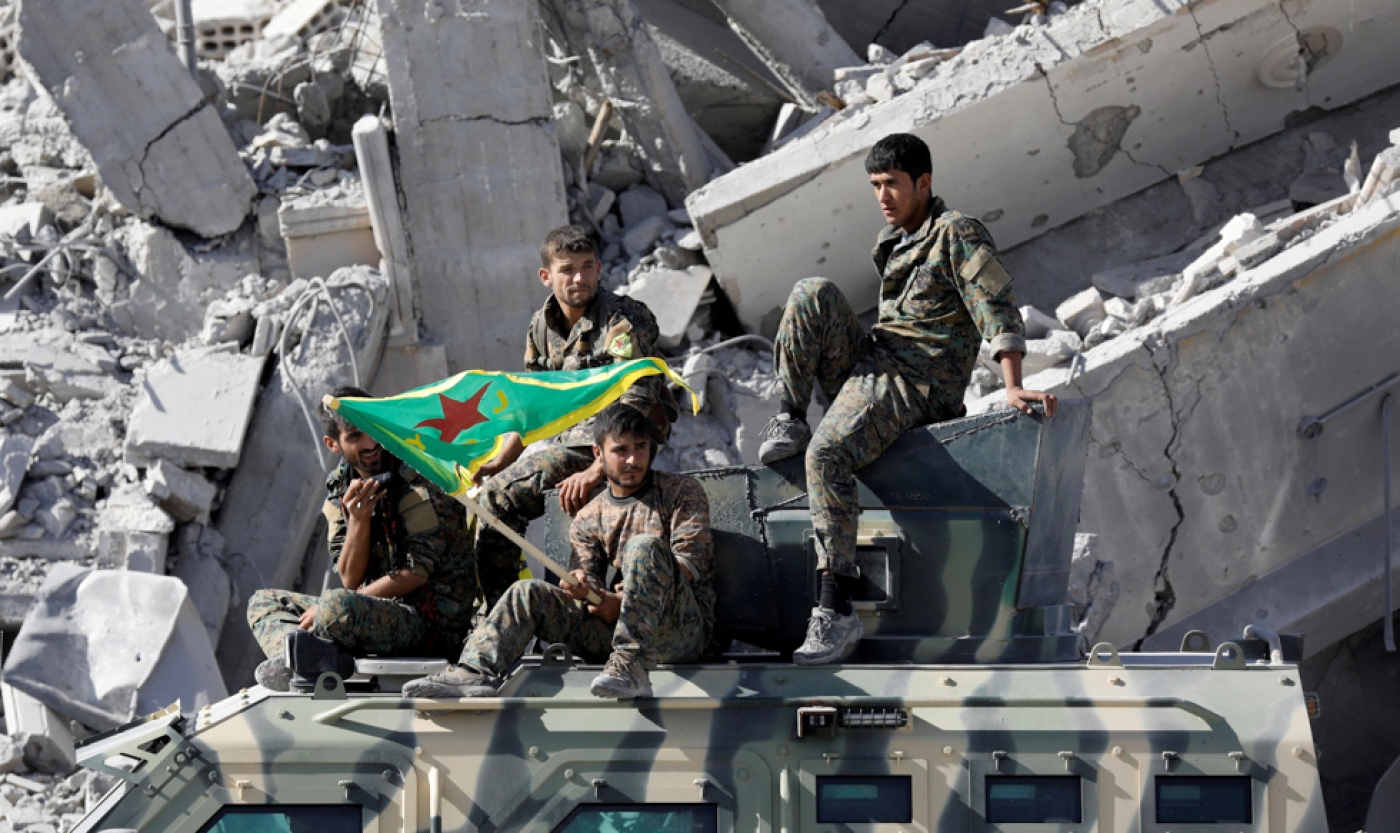 The US-led coalition is working with its Syrian militia allies to set up a new border force of 30,000 personnel, the coalition said on Sunday, a move that has stoked Turkish anger.

The force, whose inaugural class is currently being trained, will be deployed at the borders of the area controlled by the Syrian Democratic Forces (SDF) - an alliance of militias in northern and eastern Syria dominated by the Kurdish YPG. About half the force will be SDF veterans, and recruiting for the other half is underway, the coalition's Public Affairs Office told Reuters.

The force will deploy along the border with Turkey to the north, the Iraqi border to the southeast, and along the Euphrates River Valley, which broadly acts as the dividing line separating the US-backed SDF and Syrian government forces backed by Iran and Russia.

#CJTFOIR has big plans for the #SDF in eastern #Syria -plans that could box out #Assad and friends (especially #Iran ) from this strategic region indefinitely-"Coalition Retraining 15,000 Veteran SDF Fighters to Serve as #Syrian Border Force" https://t.co/x4fvIsLRCr via @Baco_UK

US support for the SDF has put enormous strain on ties with NATO ally Turkey, which views the YPG as an extension of the Kurdistan Workers' Party (PKK) - a group that has waged a three-decade insurgency in Turkey.

Turkish President Recep Tayyip Erdogan's spokesman denounced the plans. Ibrahim Kalin said that, instead of ending support for the YPG, as Ankara has requested, "the USA is taking worrying steps to legitimise this organisation and make it lasting in the region. It is absolutely not possible for this to be accepted."

Syria's main Kurdish groups have emerged as one of the few winners of the Syrian war, and are working to entrench their autonomy over swathes of northern Syria. Washington opposes those autonomy plans, even as it has backed the SDF, the main partner for the US-led coalition against Islamic State in Syria.

The coalition said the BSF would operate under SDF command and around 230 individuals were currently undergoing training in its inaugural class.

"Efforts are taken to ensure individuals serve in areas close to their homes. Therefore, the ethnic composition of the force will be relative to the areas in which they serve.

"More Kurds will serve in the areas in northern Syria. More Arabs will serve in areas along the Euphrates River Valley and along the border with Iraq to the south," the coalition's Public Affairs Office said.

"The base of the new force is essentially a realignment of approximately 15,000 members of the SDF to a new mission in the Border Security Force as their actions against ISIS draw to a close," it said.

"They will be providing border security through professionally securing checkpoints and conducting counter-IED operations," it said, using an acronym for improvised explosive device, adding that coalition and SDF forces were still engaging Islamic State pockets in Deir al-Zor province.

The United States has about 2,000 troops in Syria fighting Islamic State and has said it is prepared to stay in the country until it is certain Islamic State is defeated, that stabilisation efforts can be sustained, and there is meaningful progress in UN-led peace talks on ending the conflict.

"If the terrorists in Afrin don't surrender we will tear them down," Erdogan told a congress of his ruling AK Party in the eastern Turkish city of Elazig.