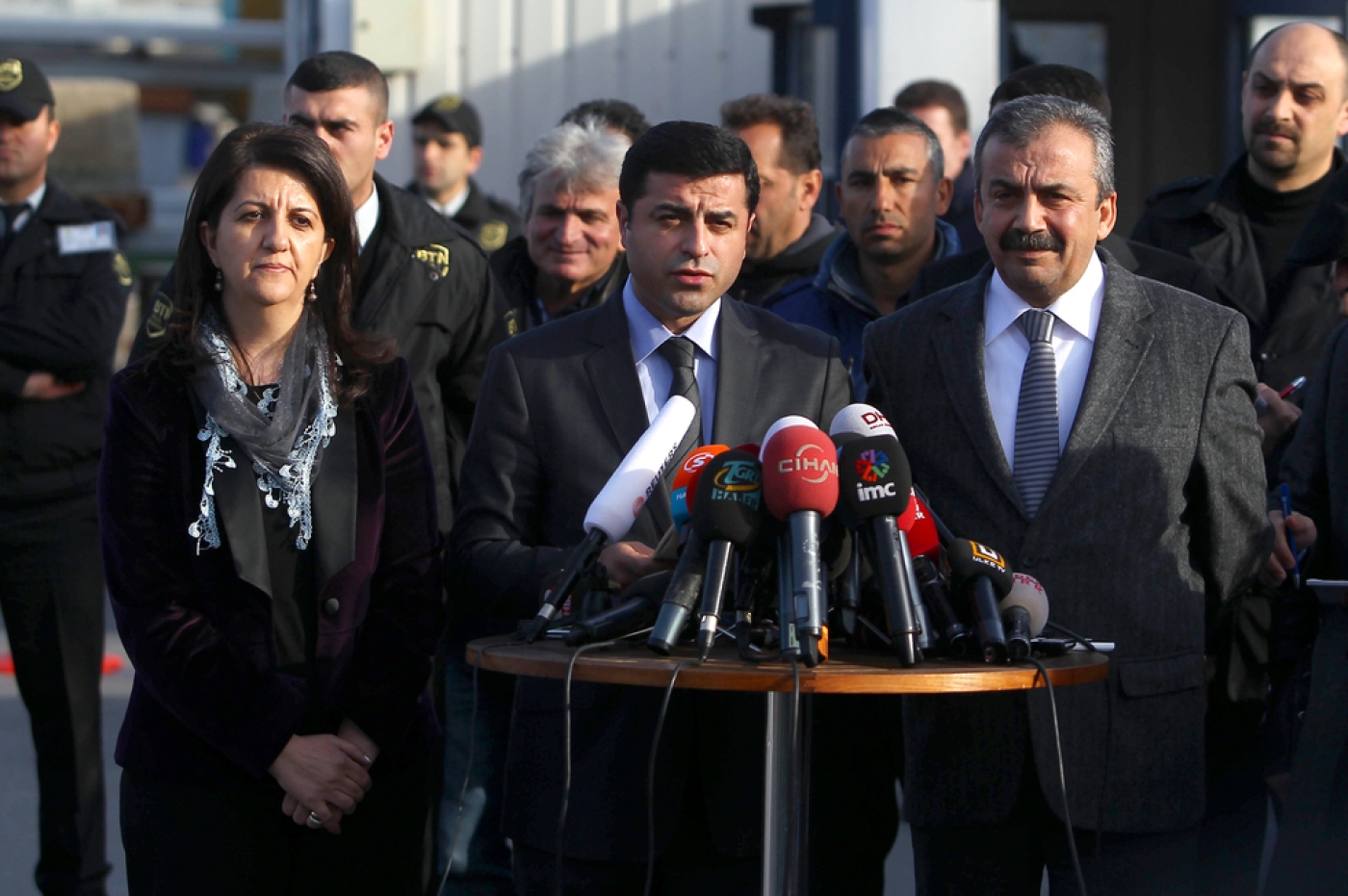 ISTANBUL, Turkey – Two senior pro-Kurdish MPs have been charged for engaging in “terrorist propaganda" and supporting PKK militants in the first prosecution after the lifting of their parliamentary immunity.

The indictment on Friday named Selahattin Demirtas, the co-chairman of the Peoples’ Democratic Party (HDP), and Sirri Sureyya Onder, a veteran leftist politician.

Prosecutors cite remarks made by Demirtas and Onder in 2013 where they allegedly praised the Kurdistan Workers Party, known as the PKK, and its imprisoned leader Abdullah Ocalan, the Dogan News Agency reported.

Turkey, along with the US and the EU, lists the PKK as a terrorist organisation.

The indictment seeks the maximum five-year prison term for both men for “engaging in propaganda for terrorist organisations”.

The charges mark the first move against the MPs, who had their immunity from prosecution stripped in May after a vote overwhelmingly in favour of the move in Turkey's parliament.

President Recep Tayyip Erdogan, who signed the amendment into law in June, had championed the campaign asking for the lifting of immunities. About 50 of the HDP’s 59 MPs could face prosecution.

The HDP says the definition, drafted and backed by Erdogan's AKP Party, is aimed at expelling its members from parliament.

HDP members also said it was the AKP’s attempt at revenge for losing its parliamentary majority for the first time in the June 2015 general elections.

The strong HDP showing in the June elections meant it passed the punishing 10 percent electoral threshold for the first time and as a result left the AKP short of the necessary majority to be able to form a single-party government.

The AKP failed to form a coalition government between June and November while the country experienced increased violence as the conflict in Kurdish areas escalated.

In the November 2015 elections, the AKP regained its majority to form a government and the HDP – while still staying above the 10 percent threshold – saw its number of MPs fall from 80 to 59.

Following the collapse of a nearly two-year ceasefire in mid-2015, Turkey has been waging an intense offensive against PKK militants in the country's southeast and the renewed conflict has claimed hundreds of lives.

Erdogan has also completely blanked the HDP since the botched coup attempt of 15 July.

Although the HDP was quick to condemn the coup attempt it was not included in the conciliatory outreach that Erdogan extended to the other two major opposition parties.

Erdogan explained this lack of outreach by saying he placed the coup attempt and terrorism in the same category.

“I would be unable to explain myself to the families of martyrs and to veterans if I invited people who cooperate with the PKK,” he said on 6 August.

The HDP has also been left out of a meeting scheduled for later on Friday between political parties in parliament to discuss changes to the constitution.

Turkey’s current wide-ranging definition of terrorism is part of a dispute between Ankara and Brussels.

Changing this definition is part of the 72 criteria set by the EU in exchange for granting Turkish citizens visa-free travel to the Schengen area.

Ankara is resisting any change to its current definition, saying it will adversely affect its fight against militants.

The speeches referred to in the indictment were made while the PKK and the Turkish government were engaged in peace talks. 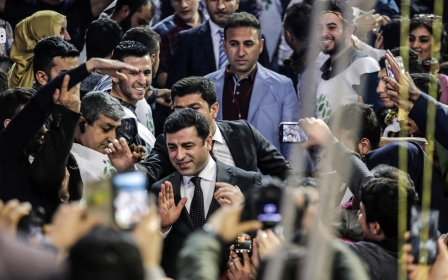