Talks between Russia, Turkey and Iran have focused on Idlib, as Syrian President Assad warns the northwestern province is next target 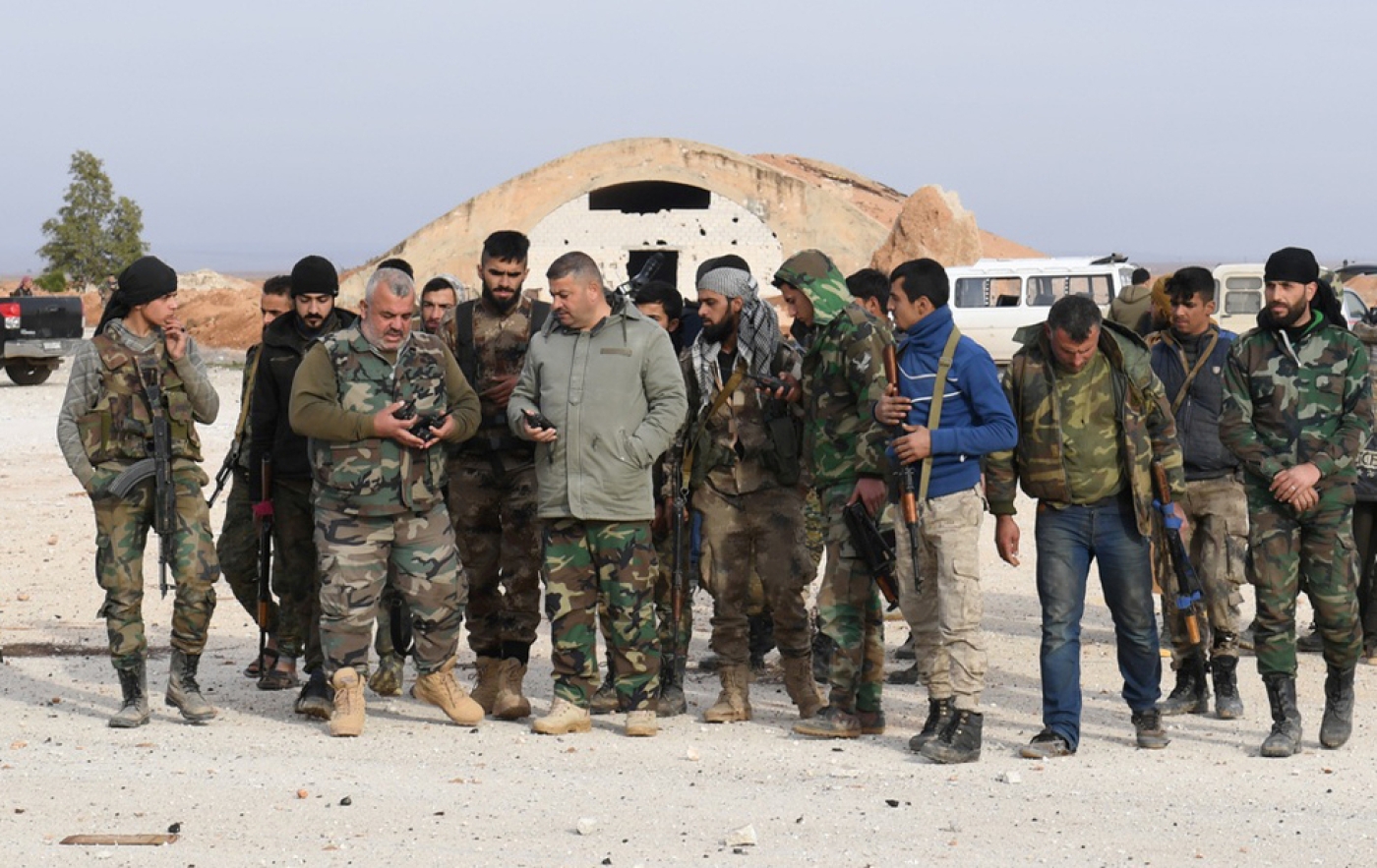 Idlib is a de-escalation zone according to the agreement between Turkey, Iran and Russia. (Reuters)
By
Ece Goksedef

ISTANBUL, Turkey - Turkey is working to clear al-Qaeda and Islamic State-affiliated groups from Idlib, staving off a major offensive by Damascus against the last rebel-held stronghold in Syria.

According to a Turkish diplomatic source who has been working on Syria for six years, Ankara is working with other opposition groups in Idlib to eliminate the militants. Most of Idlib is controlled by Hayat Tahrir al-Sham (HTS), formerly al-Qaeda's affiliate in Syria.

Delegates from Turkey, Iran and Russia gathered in Sochi on Monday for two days of talks aiming to resolve the situation in northern Syria.

A Syrian opposition commander said that Russia and Iran were also prioritising removing the militants from Idlib, rather than planning an all-out assault

A Syrian opposition commander, who spoke to the Middle East Eye on condition of anonymity, said that Russia and Iran were also prioritising removing the militants from Idlib, rather than planning an all-out assault, despite threats by Syrian President Bashar al-Assad to retake the territory.

The commander added that the US was happy with Russia and Turkey’s Idlib plan, since it meant the Turkish-backed opposition would be in control of the city instead of Iran and Syrian government-backed forces.

Idlib, a province of two million inhabitants, is one of the "de-escalation zones" agreed by the three countries after previous talks in the Kazakhstan capital Astana. Turkey has set up 12 monitoring posts in opposition-controlled areas, while the Iranians and Russians set up posts in the government-controlled regions.

There are around 70,000 Turkish-backed opposition fighters in Idlib and the previously Kurdish-controlled enclave of Afrin.

Russia’s Syria envoy Alexander Lavrentiev told Russian journalists after the talks and that there was no question of an operation or a major assault on Idlib.

“We hope that the opposition along with our Turkish partners will manage to stabilise this region. Because the threat coming from this zone is still significant,” he said.

As a first step, on Tuesday, Turkey used its power over the groups in Idlib to remove a checkpoint controlled by HTS.

The checkpoint was the largest controlled by HTS on the main road between Aleppo and Damascus - a crucial route for all the parties.

According to the Syrian opposition commander, Russia wants to prevent any attacks on its military airbase in the government stronghold of Latakia. To secure that, Moscow plans to clear the city of Jisr al-Shugour and the villages on the Turkmen Mountain on Turkey’s border of any militant presence.

Should the Syrian army capture the area, it would be in control of the only road into Latakia. At present, Turkey has two monitoring posts in that area.

In late June, Turkish Foreign Minister Mevlut Cavusoglu said in an interview that Ankara warned Russia and Iran that any attacks on Idlib would end the Astana and Sochi talks. He also reminded them that all the groups who are considered "terrorists" by Russia and Iran were brought to Idlib after the latter backed attacks on Aleppo and other areas further south.

The joint statement after the talks said: “We emphasised that the Idlib de-escalation area is a main component of the Astana agreement and that its functionality must be preserved.”

General Curtis Scaparotti, head of US European Command and NATO’s supreme allied commander, was set to visit Ankara on Wednesday to talk about Syria with his counterparts.

In June, Cavusoglu and his US counterpart Mike Pompeo agreed on a roadmap for the city of Manbij, which includes withdrawal of the US-backed Syrian Democratic Forces (SDF) from the northwest Syrian city.

The agreement proposed three months for the withdrawal, but it has yet to begin.

After the agreement, US and Turkish armies conducted 23 coordinated patrols, Turkey on the north and the US south of the river.

Turkey has been infuriated by US support for the SDF, which is dominated by the pro-Kurdish People's Protection Units (YPG) whom Ankara view as a terrorist organisation, and has threatened to push its offensive in the Afrin region further east to Manbij, risking confrontation with US troops stationed there.

Turkey sees the YPG as an offshoot of the Kurdistan Workers Party (PKK), a Kurdish militant group in Turkey designated as a terrorist organisation by the US. Washington views the YPG as a key ally in the fight against the Islamic State (IS) group.

Vajeh Juma, a member of the Syrian Turkmen Council who is originally from Manbij and now based in Al-Rai, told the MEE that the withdrawal should have started in June but as the YPG resisted, the US was trying to gain more time.

“Their military camps are still there in Manbij. We expect a solution from General Scaparotti’s visit,” he added.

As Turkey and the Ankara-backed Turkmen groups are looking for the withdrawal of the YPG from Manbij, the Syrian Democratic Council (SDC), a group which was founded and is led by the YPG, has been holding talks with the government in Damascus.

The YPG controls more than a quarter of Syria, thanks to US cooperation in their fight against IS.

Ankara has not publicly reacted to these talks. When Middle East Eye asked Foreign Ministry officials, they repeated their concerns regarding the YPG’s existence on its borders.

The government-Kurdish talks started after US President Donald Trump and Russian President Vladimir Putin met in Helsinki on 16 July. Moscow first proposed a decentralised Syria in January 2017, when they invited various groups from Syria to create a draft constitution. The draft suggested “cultural autonomy” for Kurdish regions.

Both Damascus and Ankara oppose a federal solution in northern Syria, which would give autonomy to YPG controlled areas.

After the talks in Sochi, Turkey insisted on “the importance of opposing the separatist agendas of groups that pose a threat to the political unity and territorial integrity of Syria and the national security of neighbouring countries” in the joint statement.