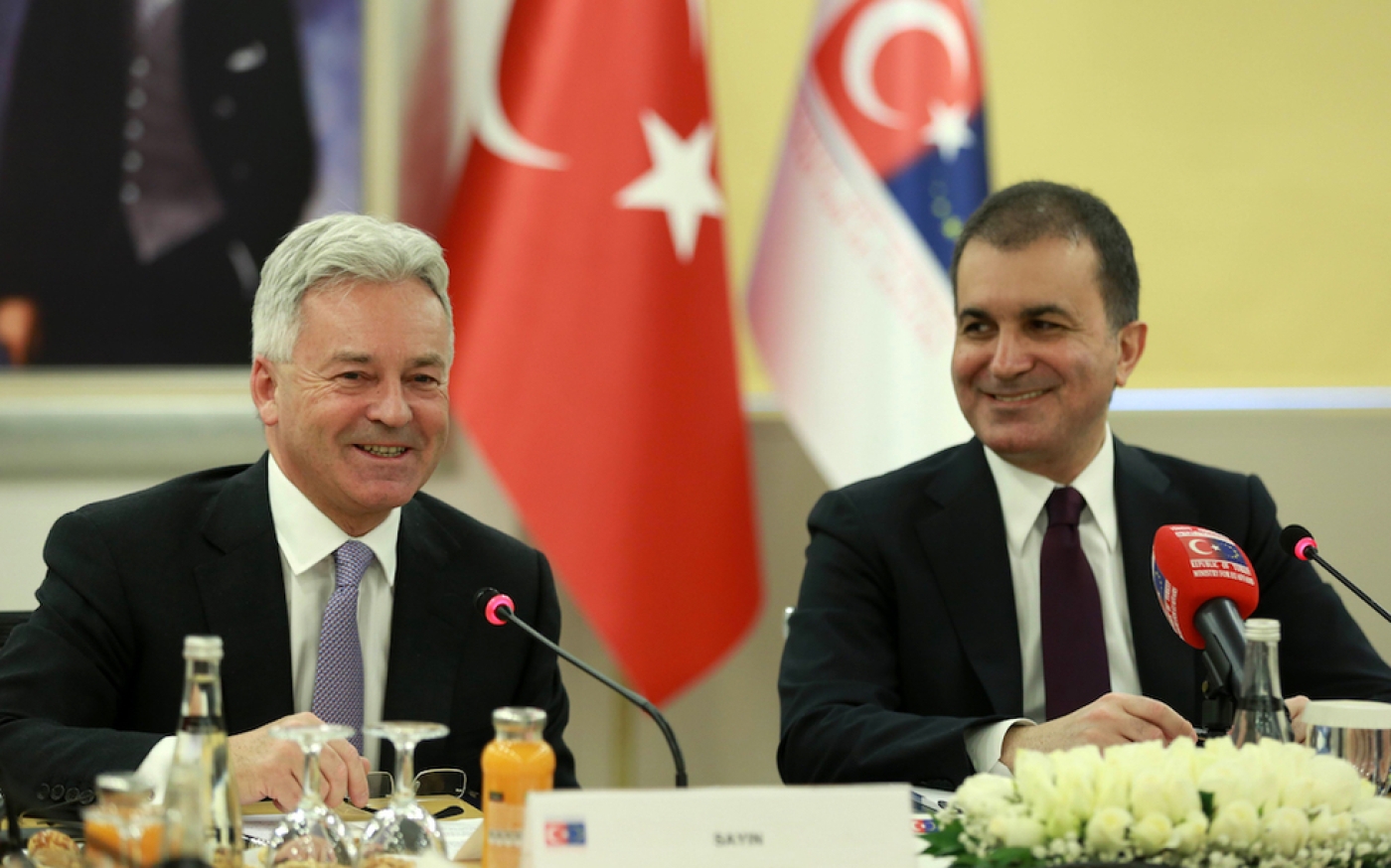 The Turkish government on Saturday attacked a UK parliamentary report into the relationship between the two countries as "one-sided".

Turkey's EU minister Omer Celik told reporters at the Turkish-British Tatlıdil Forum in Antalya that the report by the Foreign Affairs Committee, should have been a "joint report" involving members of the ruling Justice and Development party (AKP) and Turkish opposition parties.

"When such reports are being prepared, they either do not ask our opinions or they put them aside and write a one-sided report," he said.

In the report, released on Saturday, the committee supported the relationship of mutual "understanding" between the two countries. It said the relationship was built on the UK's condemnation of the 15 July coup attempt last year as an attack on Turkey's democracy and on the UK's recognition of Turkey as a "vital partner" in the international fight against the Islamic State group and in curbing irregular migration to Europe.

The committee backed Turkey's strategic importance as an international partner and encouraged the UK to strengthen bilateral relations with Ankara, specifically within the realms trade and global security.

However, the report raised concerns about the weakening of democracy and human rights in Turkey.

It specifically highlighted Turkey's crackdown on followers of US-based cleric Fethullah Gulen, blamed by the Turkish government for the coup attempt, as an example of undemocratic policies.

The FAC called on the UK government to push Ankara to address its concerns about democracy, specifically regarding proposed constitutional amendments that may establish a system with strengthened presidential powers in Turkey through a 16 April referendum.

It added that because "Erdogan has made himself as central to 21st century Turkey as Mustafa Kemal Ataturk was in the 20th century ... the choices that he makes now will determine whether his overall legacy will largely be positive, for Turkey and more widely."

In an interview with the Hurriyet daily on Sunday, UK Foreign Secretary Boris Johnson said relations between UK and Turkey would continue to prosper despite the former leaving the EU.

"One of the reasons why I was in favour of leaving the European Union is that I wanted Britain to widen the horizons of our foreign policy and strengthen our links with friends across the world, including Turkey," he told the paper.

"That’s the essence of what I call 'Global Britain': we will be more active and engaged than ever before. Turkey will continue to be an indispensable partner for the UK. You are on the frontline of some of the most serious challenges we face."

Also speaking at the sidelines of the Turkish-British Tatlidil Forum, former UK home secretary Jack Straw said he agreed with Turkey's assessment that Gulen supporters had been involved in the 15 July coup attempt and praised the FAC for also coming to this conclusion - though the FAC report said that the overall involvement of the Gulen movement was inconclusive.

"I am very pleased that the Foreign Affairs Committee of House of Commons has concluded that Fetullah Gulen Organisation was involved in the coup," Jack Straw told Anadolu Agency on Saturday.

Straw added that "without any question" the Gulen movement was involved in the coup attempt, of whose nature he said, there was "very little understanding even in the United Kingdom".

He went on to say that the coup bid was reported in the UK as if few got killed as a result of few soldiers revolting.

"This is simply not true. It could have brought down, come close to bringing down a democratically elected government in a European country."

It criticised EU states for not keeping their side of an agreement signed with Turkey on 18 March 2016 aimed at restricting the migration of refugees into Europe.

Turkey has curbed the flow of refugees crossing by boat into Europe. In return, the EU agreed to pay Turkey about $6bn to help provide relief for Syrian refugees. As of this month, the EU has disbursed only about $800m.

Ankara has repeatedly threatened to cancel the deal, noting that the EU has failed to waive visa requirements for Turks as agreed, while the EU says Turkey has not made sufficient progress on political liberalisation.

Relations between Turkey and EU states – particularly Germany, the Netherlands and Austria – have been further tainted with animosity over the past few months as European states refused to allow Turkish diplomats to hold political rallies of expatriate citizens on EU soil ahead of the constitutional referendum.

"Turkey is an important strategic partner facing a volatile period. It needs and deserves our support, but that support needs to include our critique where Turkish policy is not in its own, or our long-term joint interests," said committee chairman Crispin Blunt in a statement ahead of the report's release.

About 120,000 workers were suspended or dismissed from their jobs after the coup, although many of them have since been restored. More than 41,000 were jailed pending trial out of 100,000 who faced investigations. “Large numbers have been punished on the basis of a broad and vague definition of ‘terrorism’ and a worryingly low threshold of evidence,” Blunt said.

While the committee took evidence from Gulenists, including oral hearings, the British government "knows too little about the Gulenists ... and their role in the coup attempt," the report said, while criticising the UK's Foreign and Commonwealth Office for taking the Turkish government’s account of what happened during the coup attempt at face value.

The report said that while evidence indicated individual Gulenists were involved in the coup, it is inconclusive that the movement as a whole, or its leader, were responsible.

The report also noted the strategic importance of Turkey as an international partner in trade and security, concluding that "economic relations between the two countries will be particularly important in the post-Brexit era".

According to written evidence given by the Turkish Embassy, the UK is "one of the largest investors in Turkey in terms of foreign direct investments," while Turkey is the UK's 19th-largest export market.

The committee highlighted the "the loss of influence of the UK's international allies in Turkey" and called on the UK government to use its close relations with Ankara to mediate between Turkey, the EU states and the US, emphasising Turkey's importance in the international fight against the Islamic State group. 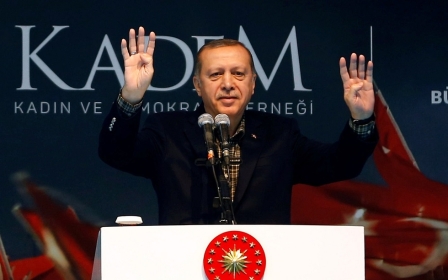 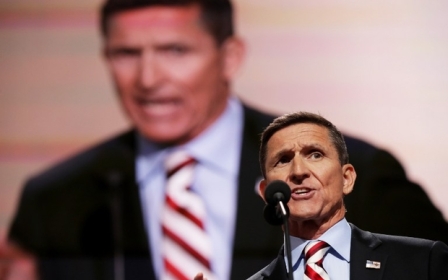 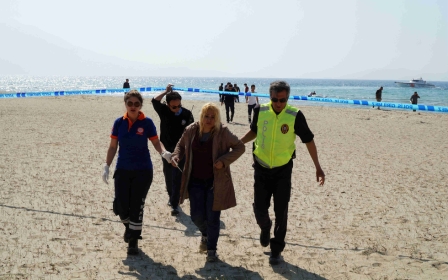