Turkey: no ties with Israel before end to Gaza war, siege 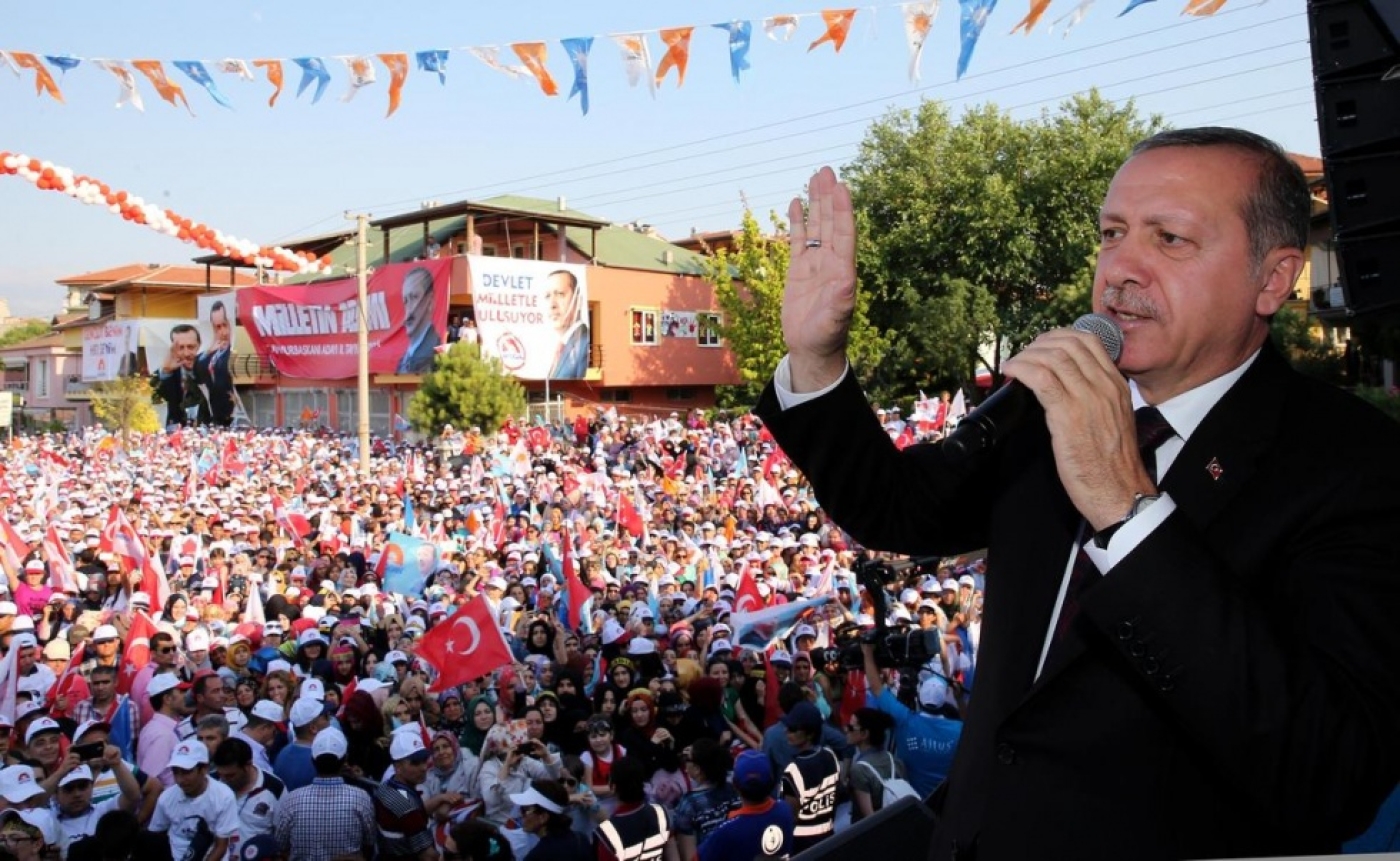 Turkey's Prime Minister Recep Tayyip Erdogan addresses his supporters during a rally in Denizli, Turkey on July 08, 2014 (AA)
By
MEE and agencies

Turkey's Prime Minister Recep Tayyip Erdogan said Thursday ties with Tel Aviv would not return to normal unless Israel ceased its deadly offensive on Gaza and ended its blockade of the Strip.

"You will first stop this oppression. If not, it is not possible to realise normalisation between Turkey and Israel," Erdogan said in the central Anatolian city of Yozgat after a dinner breaking the daily Ramadan fast. Erdogan, a staunch supporter of the Palestinian cause, said Thursday that Turkey's first two conditions -- apology and compensation for a deadly raid on a Turkish flotilla -- appeared to have been fulfilled.

But he said deadly raids on Gaza showed that Israel had no intention of complying with Ankara's third condition: to end the blockade on the Palestinian enclave.

"Then how can we normalise (ties) with you?" said the premier, who is the clear favourite for an August presidential election.

Relations between once-regional allies Israel and Turkey hit an all-time low when 10 Turkish activists died in a 2010 maritime assault by Israeli commandos on Gaza-bound ship Mavi Marmara in international waters.

The Israeli assault provoked a sharp response from Ankara, which expelled the Israeli ambassador, demanded a formal apology, compensation for the victims, and an end to the blockade on Gaza.

Israel and Turkey have been locked in talks for more than a year over compensation, after Tel Aviv extended a formal apology to Ankara in a breakthrough brokered by US President Barack Obama.

Erdogan also lashed out at Israel's "disproportionate use of force against innocent" Palestinians, calling on the world and the United Nations to stop the assault.

He spoke on the phone with Palestinian president Mahmud Abbas and Hamas chief Khaled Meshaal about the Israeli action in Gaza, as well as on intra-Palestinian unity, an official from his office told AFP.