Pro-Kurdish Peoples' Democratic Party (HDP) deputy Leyla Guven is ferried from her home to a hospital after taking part in a hunger strike while in jail, on 26 May 2019 (AFP)
By
Alex MacDonald

The Parliamentary Council of the Grand National Assembly of Turkey made the announcement on Thursday afternoon to expel Enis Berberoglu, Musa Farisogullari and Guven from the Turkish parliament.

Berberoglu is an Istanbul MP with the main opposition Republican People's Party (CHP), while Hakkari MP Guven and Diyarbakir MP Farisogullari are both with the pro-Kurdish Peoples' Democracy Party (HDP).

All three have sentences approved against them by the court of cessation, from which they had been protected due to their parliamentary immunity.

The expulsions were announced in Turkey's parliament after appeals courts upheld the three MPs' convictions.

The move reduces the number of CHP MPs in the parliament from 139 to 138, and the number of HDP MPs from 60 to 58. Their seats will remain empty until the next election, scheduled for 2023.

In 2018, the court of cessation approved the sentencing of Berberoglu to five years and 10 months in prison for allegedly providing Cumhuriyet newspaper journalist Can Dundar with footage appearing to show Turkish intelligence ferrying weapons to opposition groups in Syria.

Both Guven and Farisogullari were convicted of "membership of a terrorist organisation" and are set to serve six and nine years in prison respectively.

In a video released on Twitter, Guven responded to the decision by stating "resistance is life" in Kurdish.

Guven made headlines in 2018 and 2019 after going on a 79-day hunger strike to protest Kurdistan Workers Party (PKK) founder Abdullah Ocalan's solitary confinement in Imrali prison.

She and Farisogullari were both convicted following investigations into more than 1,000 people in 2009 and 2010 over alleged membership of the Kurdistan Communities Union (KCK), an umbrella body that is largely dominated by the PKK.

The investigations were originally carried out by judges linked to exiled cleric Fethullah Gulen, a former ally of President Recep Tayyip Erdogan, who has since become the head of state's archnemesis and has been accused of carrying out a coup in July 2016. Gulen has denied being behind the attempted coup.

Thousands of people linked to Gulen - accused of being members of the Fethullahist Terror Organisation (FETO) - have since been imprisoned. In response to Thursday's announcement, opposition parliamentarians chanted “the AKP is the enemy of democracy", referring to the ruling Justice and Development Party.

In a statement on Twitter, CHP leader Kemal Kilicdaroglu said the parliamentary vote was a continuation of the July 2016 attempted coup.

"We will continue the struggle for democracy to ensure justice, rights and law," he said.

"This government has nothing to do with the parliament and popular will," he said.

"Leyla Guven and Musa Farisogullari have received prison sentences in the KCK main trial. Those judges are in prison now in the scope of FETO case." 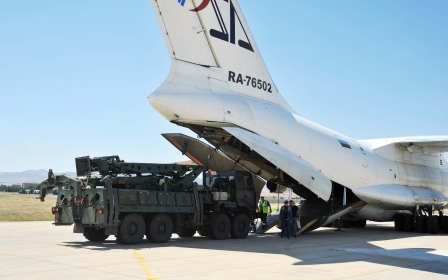 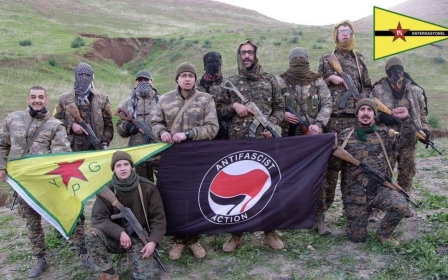