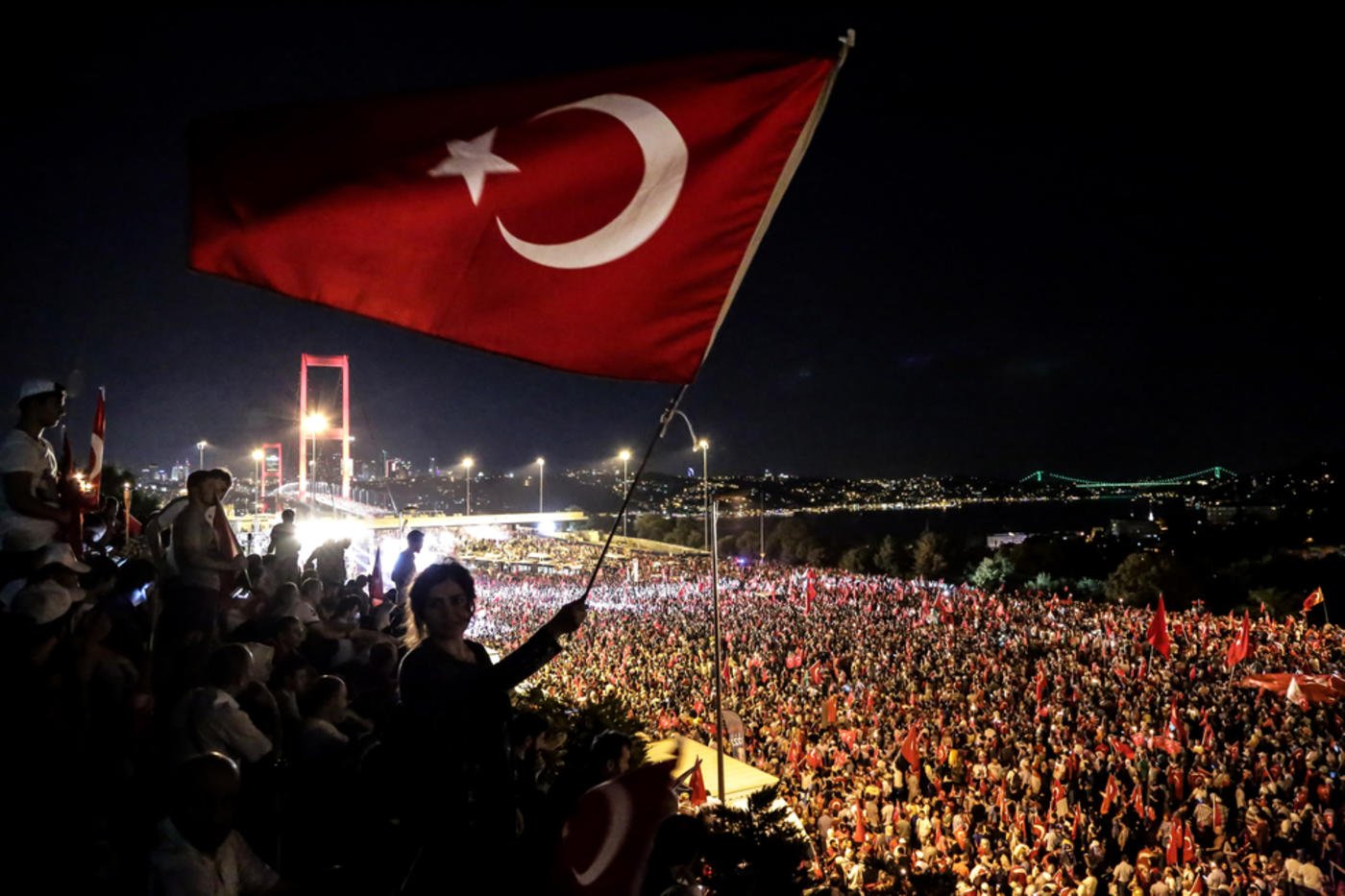 Turkish police have raided the country's scientific council and arrested "many" people, according to reports, as authorities continue a wide-ranging post-coup crackdown.

The Reuters news agency said the arrests on Wednesday were part of the investigation into followers of the US-based cleric, Fethullah Gulen, who is suspected by the government of masterminding last month's coup attempt.

Many people were detained in the raid of the Scientific and Technological Research Council of Turkey, or Tubitak, broadcaster NTV said.

Speaking at an event at the directorate of religious affairs the president, Recep Tayyip Erdogan, said Turkey would not let its guard down after the coup.

"Anyone who still sympathises with Gulen is responsible for their own fate now," he said.

"How are we supposed to believe those who say they were deceived and now repent their association? We can't.

"They say a statement is what we should take as the basis. Sorry, we will not let our guard down."

Turkey's government says the 15 July coup attempt was orchestrated by followers of Gulen, who has lived in self-imposed exile in the United States since 1999.

Gulen denies the charge and has condemned the coup.

The Tubitak raid comes a day after police raided the main military medical centre in Ankara, arresting doctors and other medical staff.

Meanwhile, the head of a top European rights watchdog on Wednesday backed the "cleaning up" of Turkish state institutions.

Council of Europe chief Thorbjorn Jagland - one of the most senior European officials to visit Turkey in the wake of the botched putsch - said there had been insufficient understanding in Europe about the challenges faced by Turkey.

Some 18,000 people have been detained in the crackdown after the coup

"I recognise that of course there is a need for taking on those who were behind this coup and also on this secret network," Jagland said after talks with the Turkish foreign minister, Mevlut Cavusoglu in Ankara.

His comments contrasted with the tone of several EU officials who while condemning the coup have expressed alarm over the scope of the crackdown.

"I would like to say there has been too little understanding from Europe over what challenges this has caused to the democratic and state institutions of Turkey," said Jagland.

"We however have been informed about it for a very long time. So therefore of course we see a need for cleaning up all of this."