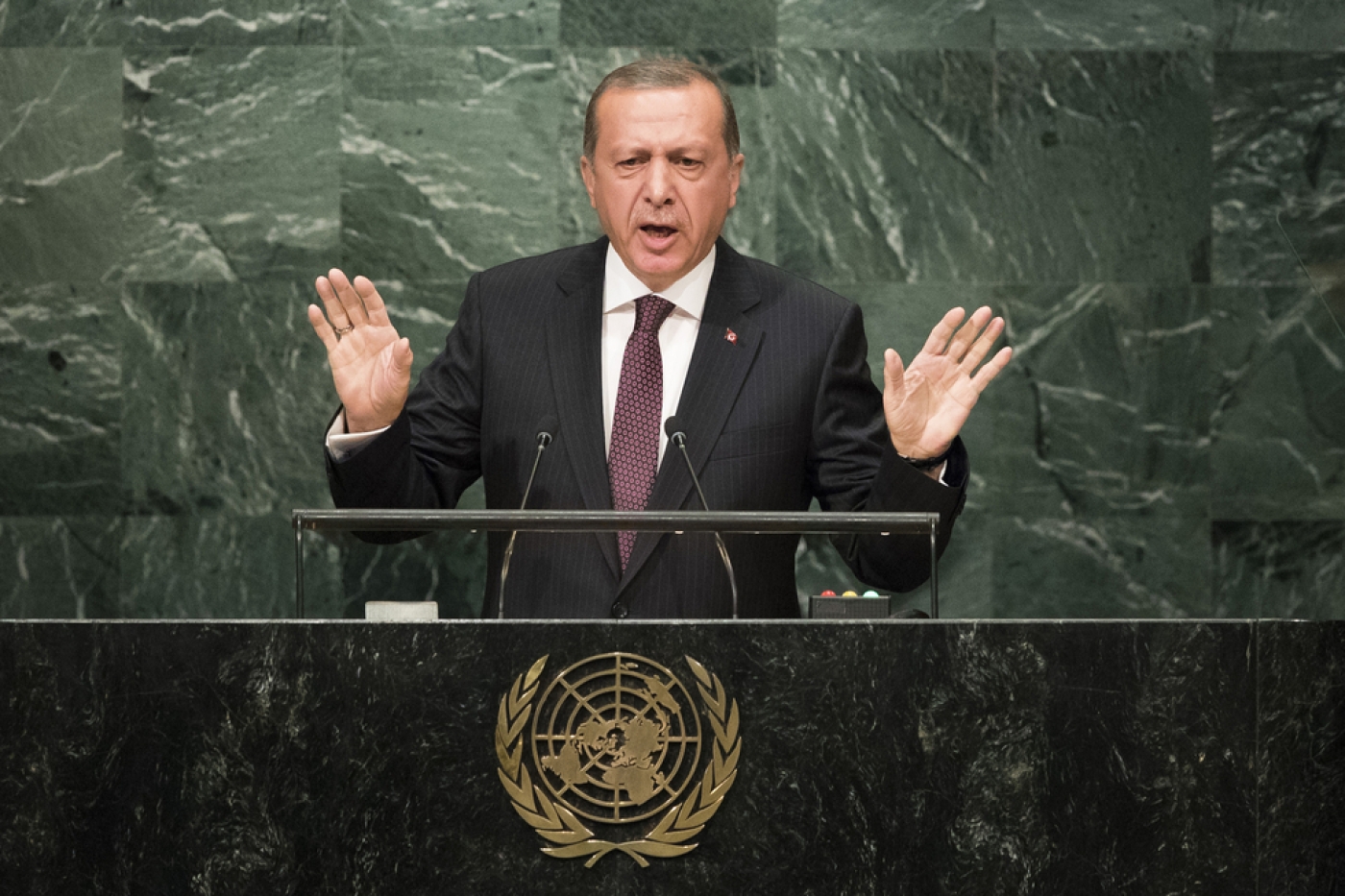 ISTANBUL, Turkey – The Turkish president lashed out at criticisms against him and his government’s actions on Wednesday, calling Europe the “real Nazis.” He warned European leaders to abandon their double standards or risk losing Turkey.

“Without any shame, ignoring their own blood-stained hands and without considering their own callous hearts, they draw comparisons between us and the Nazis,” Recep Tayyip Erdogan told a business conference in Istanbul. “If there are any Nazis, it is you who are the Nazis.

'The Nazi mentality emerged in the West, not the East. It was our ancestors who reached out and saved the lives of those they chased away'

“The Nazi mentality emerged in the West, not the East. It was our ancestors who reached out and saved the lives of those they chased away,” he said. “It can only be a result of delirium to compare Turkey to the Nazis, when neo Nazism is at a peak in Europe.”

His comments were in response to remarks made earlier in the week by Luxembourg’s prime minister Jean Asselbor, who likened the recent arrest of pro-Kurdish MPs and opposition newspaper staff to acts committed by the Nazis.

Many EU member states have strongly criticised Ankara for the recent arrests and for the post-coup crackdown carried out under expanded powers granted to the government under a state of emergency in place since 20 July.

Last week the homes of 12 Peoples’ Democratic Party (HDP) lawmakers, including its co-chairs, were raided for not responding to court summons.

They were subsequently arrested for assisting and membership in the Kurdistan Workers’ Party (PKK), which is listed as a terrorist outfit by Turkey, the US and the EU.

Earlier that week, there were raids on the premises and homes of staff working for the opposition secular and leftist Cumhuriyet newspaper. Nine of its staff are currently under arrest.

The arrested staff members and the newspaper are accused of aiding and abetting the PKK and the Fethullah Gulen movement while not being members of it.

Some EU officials have even called for the suspension of Turkey’s EU accession process as a result of what they consider a slide in the rule of law and erosion of democratic process.

The Turkish government has dismissed such concerns, saying all its actions are legal and democratic.

An EU progress report on Turkey, published later on Wednesday, was critical of Ankara.

Hours earlier, Erdogan challenged the EU to make a quick and final decision on Turkey’s status. He mocked the EU of being unable to do so because it feared that Turkey would permit the nearly 3mn Syria refugees it shelters to head for Europe.

Turkey has warned that its migrant deal with the EU will collapse if the bloc continues to dither on visa-free travel for Turkish citizens to the Schengen zone.

Erdogan said the EU turned some issues into existential ones when it came to Turkey, but neglected the very same issues when it came to other countries. He also accused the EU of threatening Ankara by mentioning a review of Turkey’s EU accession negotiations.

Erdogan also lashed out at remarks by the German foreign minister, who had said on Tuesday that Germany would offer asylum to anyone persecuted by the Turkish state. He accused Europe of harbouring terrorists. Turkey Politics
ANALYSIS: The end of democracy in Turkey?