Erdogan's rule has seen prosperity in the pious southern city, but fears are rising over stalling economic growth 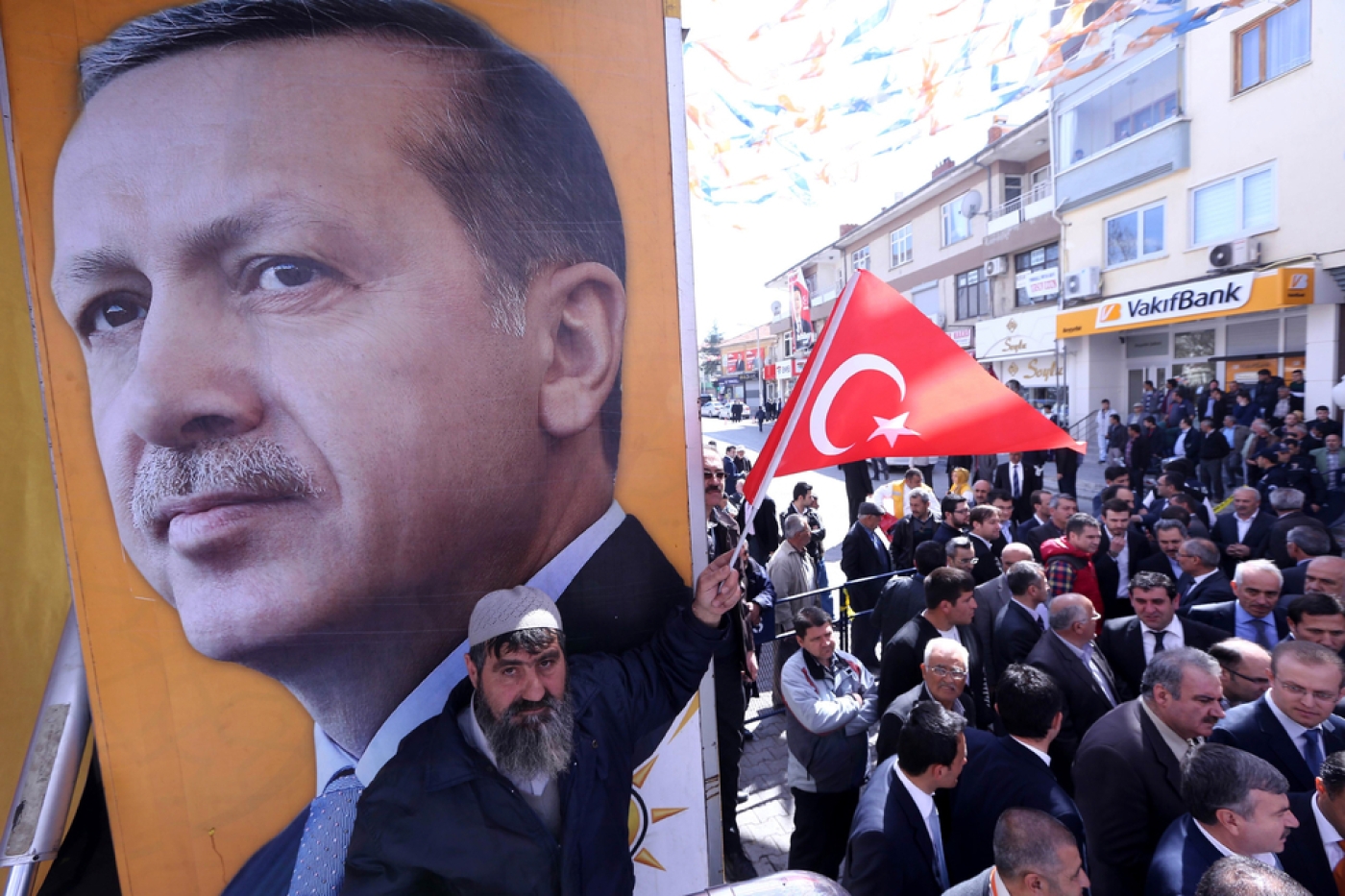 A man waves a Turkish flag in front of a portrait of Turkish Prime Minister Recep Tayyip Erdogan during a campaign meeting of the Justice and Development Party in the Beysehir district of Konya province, central Turkey (AFP)
By
AFP

The face of President Recep Tayyip Erdogan is everywhere in Konya, a central Anatolian stronghold of his Islamic-rooted Justice and Development Party (AKP) that has enjoyed ever-greater prosperity in his 13 years in power.

"We are united with our commander-in-chief," says one giant banner on a building, as well as billboards and flags praising the man who has dominated Turkey since becoming premier in 2003 and then president from 2014.

The 15 July attempted coup, blamed on disgruntled elements in the military linked to US-based preacher Fethullah Gulen, only appears to have further bolstered the president's popularity in the city of over one million.

But with the economy showing signs of fragility in the wake of the coup, the question is how long can the economic miracle in Konya and similar so-called Anatolian Tigers like Kayseri to the east continue.

In the 2014 presidential election, he took nearly three-quarters of the vote in Konya, and the ruling AKP that he co-founded harvested a similar figure in November 2015 polls.

The pious city is seen as a bulwark of the conservative Islam espoused by Erdogan. It has also prospered greatly under his rule, becoming one of the Anatolian Tigers that enjoyed a boom in growth and prosperity as manufacturing thrived, helping the estimated 30,000 small and medium-sized enterprises in the city.

Meanwhile, the past decade has seen a transformation in the city infrastructure, with a new tramway, high-speed rail links to Istanbul and the capital Ankara, and the new Torku Arena, a 40,000-capacity world-class sports stadium.

"We trust him more after the coup. People love him and he loves people. He called on people to come out and they did it for Tayyip and their fellow citizens," he said.

For many, the shadow still looms large of Turkey's 2000-2001 financial crisis, which required a multi-billion bailout loan from the International Monetary Fund, the final instalment of which was paid off by the Erdogan government in 2013 in a mighty signal of its economic independence.

"We were once indebted, but Erdogan saved us from that," said Sukrut Kanucu, sitting in a lush green park in central Konya.

"Our health system has changed, our roads are better, we create our weapons, most cities now have airports," he said, adding that his new residential area is expanding, with 700-800 people moving there every month after becoming officially recognised only as recently as 2014.

Resident Mehmet Arikar, who was visiting the muhtar, agreed: "On the night of the coup, I knew people would come out [against it]. The AKP did in 10 years what was not done in 50 years previously. People have got richer. Life is good."

Yet all was not so rosy for the Turkish economy even before the coup.

Growth slowed to 3.1 percent in the second quarter from 4.7 percent at the start of the year, as consumers slowed purchases and investment fell.

Philippe Dauba-Pantanacce, a senior economist at Standard Chartered Bank based in London, said growth might be even worse than the headline figure.

"Most of the growth came from a big upshot in public spending -  plus 16 percent year-over-year – and adjusted for seasonality and calendar distortions, the figure is worse than the 3.1 percent."

After taking into account such factors, the Turkish economy only grew by 0.3 percent in the second quarter from the first three months of the year, according to data from Turkey's statistics agency.

The economist said the slowdown is likely to cause concern among AKP leaders as Turkey's rapid growth benefitted many previously left behind like those in the hinterland of Anatolia including Konya.

Gross domestic product "per capita tripled in the first decade of the AKP leadership and urbanisation grew very fast, with an accompanying lifting of population segments out of poverty. But since around 2011 progress has stalled, and the model seems broken."