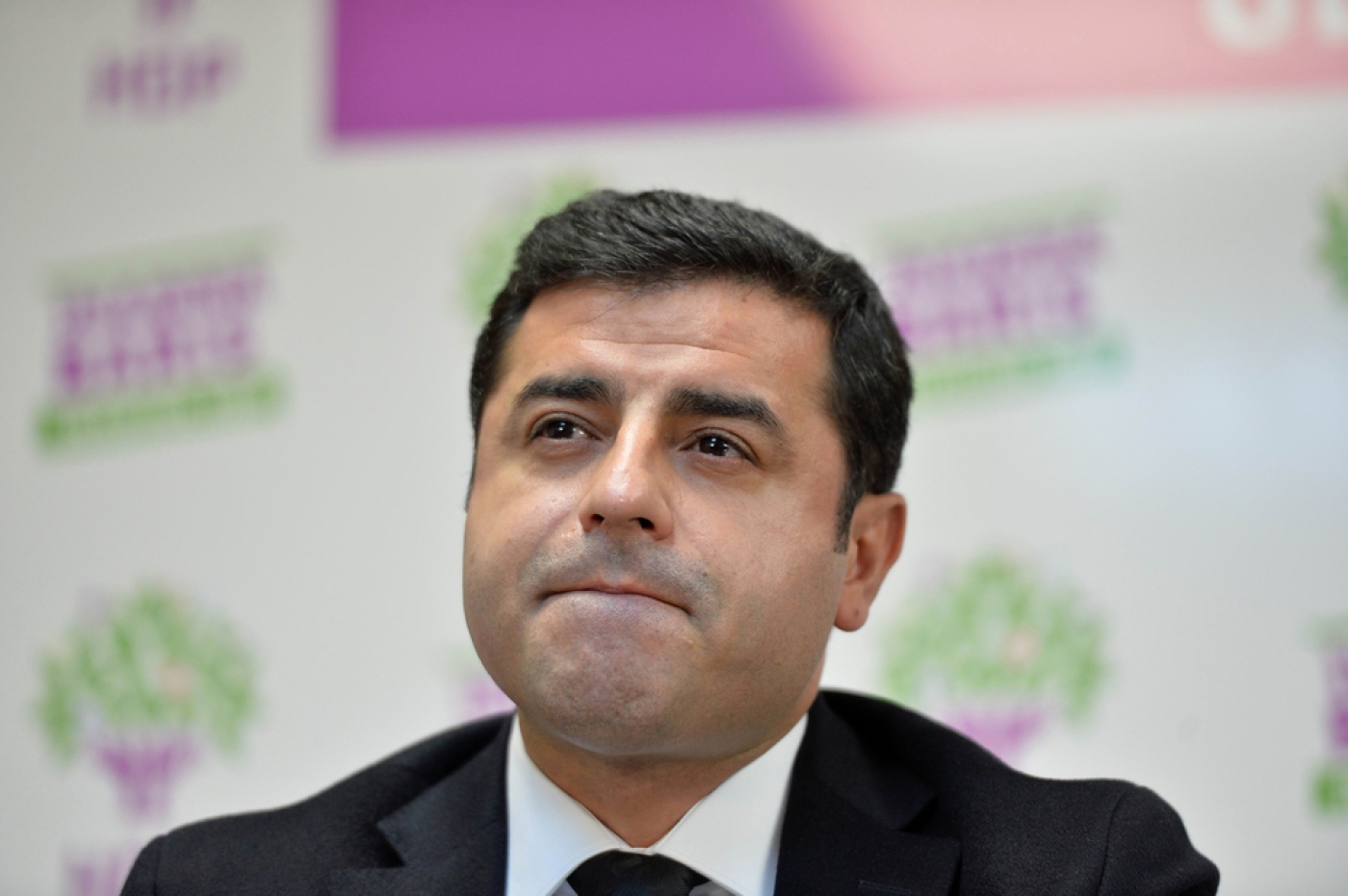 The co-chairman of the pro-Kurdish People's Democracy Party (HDP) in Turkey is to visit Russia, reportedly in an attempt to ease tensions between the two countries.

Selahattin Demirtas will be the first high-profile Turkish political figure to visit Russia since the shooting down of a Russian jet last month led to the worst breakdown in relations between the two countries since the end of the Cold War.

Nazmi Gur, the HDP's vice co-chairman for foreign affairs and a member of the Moscow delegation, said that the trip was aimed at repairing Turkey's image on the international scene.

"[Prime Minister Ahmet] Davutoglu, when he served as minister for foreign affairs, he declared a new policy of 'zero problems with neighbours'," he told Middle East Eye.

"But now after this crisis with Russia, Turkey has no neighbours anymore. They have a crisis with almost every neighbour."

He said that the issues covered on Wednesday would include, "a possible solution for Syria and the role of the Kurds in a future democratic Syria".

Moscow imposed sanctions on Turkey following the shooting down of the plane on 24 November. One pilot was killed by Turkmen militiamen allied to Turkey.

Turkey has not responded in kind as a result of its dependence on Russian oil and gas, but President Recep Tayyip Erdogan has strongly rebuked Russia in public.

Turkish Foreign Minister Mevlut Cavusoglu met Russian Foreign Minister Sergey Lavrov in early December on the sidelines of an international gathering in Belgrade in the first high-level contact since the incident, but tensions have remained high.

Demirtas' trip, which has not been organised in coordination with the Turkish government, is likely to provoke criticism from the ruling Justice and Development party (AKP) and its allies in the media.

"The AKP's media is not a real media, it is a tool that they are using against Turkish democracy and public opinion," Gur said. "They have done this every day but we know what we can do and we will be of course very positive and this trip may help ease the Turkish-Russian crisis, because the Turkish economy, tourism and many other sectors got terribly affected by this crisis."

"We respect all the state's opinions, but as a political party we also have the right to get in contact with all countries. We have great relations with the EU and United States, so why not with Russia, China or Iran?"

The HDP rose to prominence in June after it managed to pass Turkey's electoral threshold and enter parliament for the first time, on an inclusive platform that attempted to move it away from its image as an exclusively Kurdish political party.

The HDP has been noted for its socially liberal platform, which included a commitment to women's equality, ethnic pluralism and homosexual and transexual rights.

However, Gur said that it did not expect to raise human rights issues while in Russia, which has been notorious in recent years for a crackdown on LGBT rights under a new law prohibiting LGBT "propaganda".

"We have our own agenda and mostly we're going to discuss the Middle East and Syria and the role of the Kurds in Syria," he said.