No official reason given for why the website is blocked 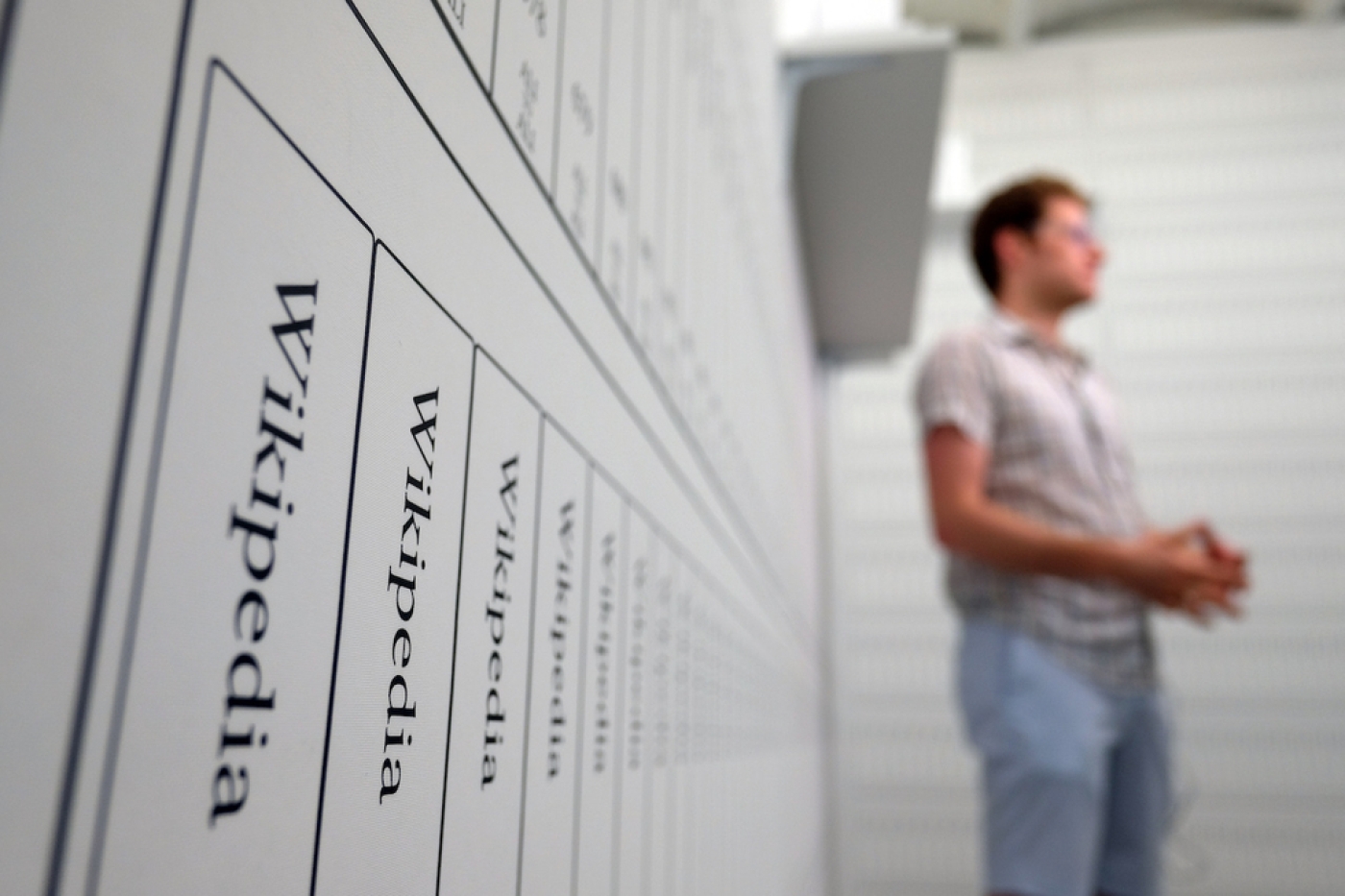 Michael Mandiberg, an interdisciplinary artist who teaches at the College of Staten Island and the Graduate Center of the City University of New York, speaks during an interview in front of volumes of printed Wikipedia at a gallery in New York (AFP)
By
MEE and agencies

Turkey on Saturday blocked all access inside the country to the online encyclopedia Wikipedia, an internet monitoring group said, but it was not clear why the ban had been imposed.

A block affecting all language editions of the website in Turkey was detected from 5am GMT after an administrative order by the Turkish authorities, the Turkey Blocks monitoring group said in a statement.

Residents in Istanbul were Saturday morning unable to access any pages of Wikipedia without using a virtual private network (VPN), AFP correspondents said.

"The loss of availability is consistent with internet filters used to censor content in the country," Turkey Blocks said.

Turkey Blocks and Turkish media, including the Hurriyet daily, said the site has been blocked under a provisional administrative order that would need to be backed by a full court order in the next days.

"After technical analysis and legal consideration based on the Law Nr. 5651, an administrative measure has been taken for this website," Turkey's Information and Communication Technologies Authority was quoted as saying.

Confirmed: All editions of the #Wikipedia online encyclopedia blocked in #Turkey as of 8:00AM local timehttps://t.co/ybFolRmsOs pic.twitter.com/hI9tn4bHe5

No reason was given for the order to block Wikipedia and other websites, including leading social media, appeared to be working normally.

Turkey Blocks said the restriction was in place with multiple internet service providers.

Turkey has become notorious over the last years for temporarily blocking access to popular sites, including Facebook and Twitter, in the wake of major events such as mass protests or terror attacks.

Savvy internet users frequently resort to the use of VPNs to get around these bans although there have been complaints that the use of VPNs has now also started to be blocked.

The government says such measures are always temporary and needed for national security, but critics see them as another restriction on civil liberties under President Recep Tayyip Erdogan.

The move to block Wikipedia caused an uproar on social media in Turkey, with users angrily denouncing the decision to restrict access to one of the world's most popular websites.

Some speculated the decision may have been prompted by deeply unflattering updates by critical users to Erdogan's Wikipedia profile after he won the 16 April referendum on enhancing his powers.

According to the Erdogan's Wikipedia page "detractors have claimed that Erdogan's unceasing efforts at broadening his executive powers while also minimizing his executive accountability may amount to the 'fall of Turkish democracy,' and the 'birth of a dictator'".

The government insists that the new presidential system, largely due to come into force in 2019, will improve efficiency but critics fear it will lead to one-man rule.