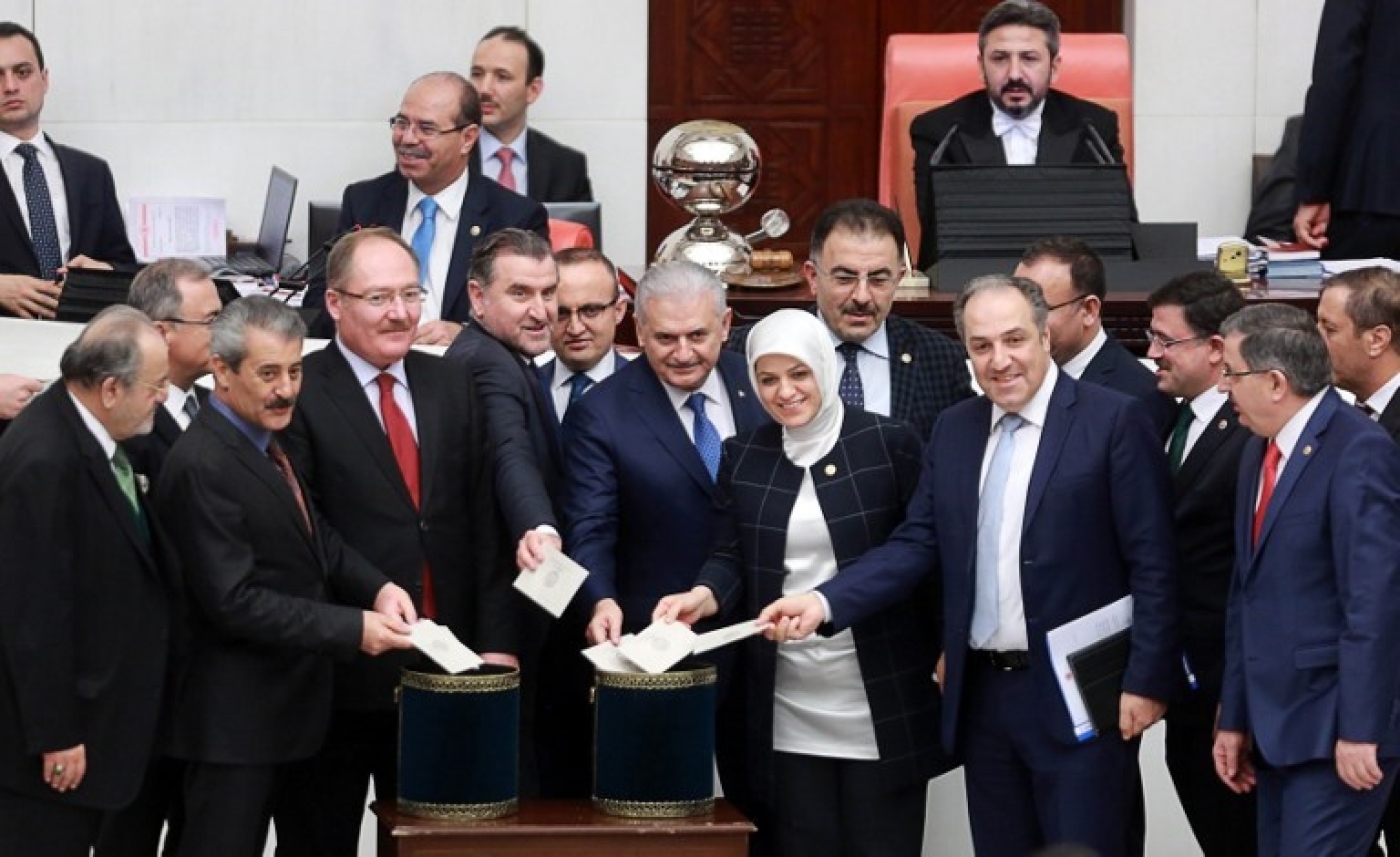 Turkish Prime Minister Binali Yildirim (C) and MPs vote on a constitution's reform, at the Turkish parliament in Ankara, on 12 January (AFP)
By
MEE and agencies

Turkey's parliament approved key articles of a constitutional reform overnight which would allow the president to be a member of a political party and issue decrees, bringing a step closer the executive presidency sought by Recep Tayyip Erdogan.

The ruling AK Party, backed by the nationalist MHP, is pushing through the legislation that President Erdogan says will bring the strong leadership needed to prevent a return of the fragile coalition governments of the past.

The three articles approved overnight set out parliament's supervisory role, enable the president to retain ties with a political party and detail the president's executive powers as head of state, including the power to issue decrees.

Their approval is a positive sign for the AKP, although the changes will need to pass in two more rounds of voting before the constitutional package as a whole is put to a referendum, expected in the spring.

The main opposition CHP and the pro-Kurdish HDP, the second largest opposition party, fear these changes will fuel authoritarianism.

The previous night, lawmakers from the AKP and CHP came to blows as tempers boiled over in a debate on the bill, after which a ruling AK Party deputy warned elections would be held if the bill was not passed.

A deputy from the main opposition CHP party responded late on Thursday with a call for such a move.

"Today instead of seeking such a regime change, we as the CHP give full support to an early election decision. We say bring it on," the CHP's Ozgur Ozel told the general assembly.

Under the planned changes, a president can be elected for a maximum of two five-year terms. The plans envisage presidential and general elections being held in 2019.

The 18-article bill needs the support of at least 330 deputies in the 550-seat assembly to go to a referendum, expected in the spring. The AKP has 316 deputies eligible to vote and the MHP 39.

The articles passed overnight with the support of between 340-343 lawmakers. 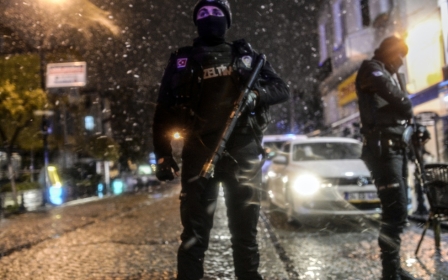