Turks lash out in second summer of hate against Syrian refugees 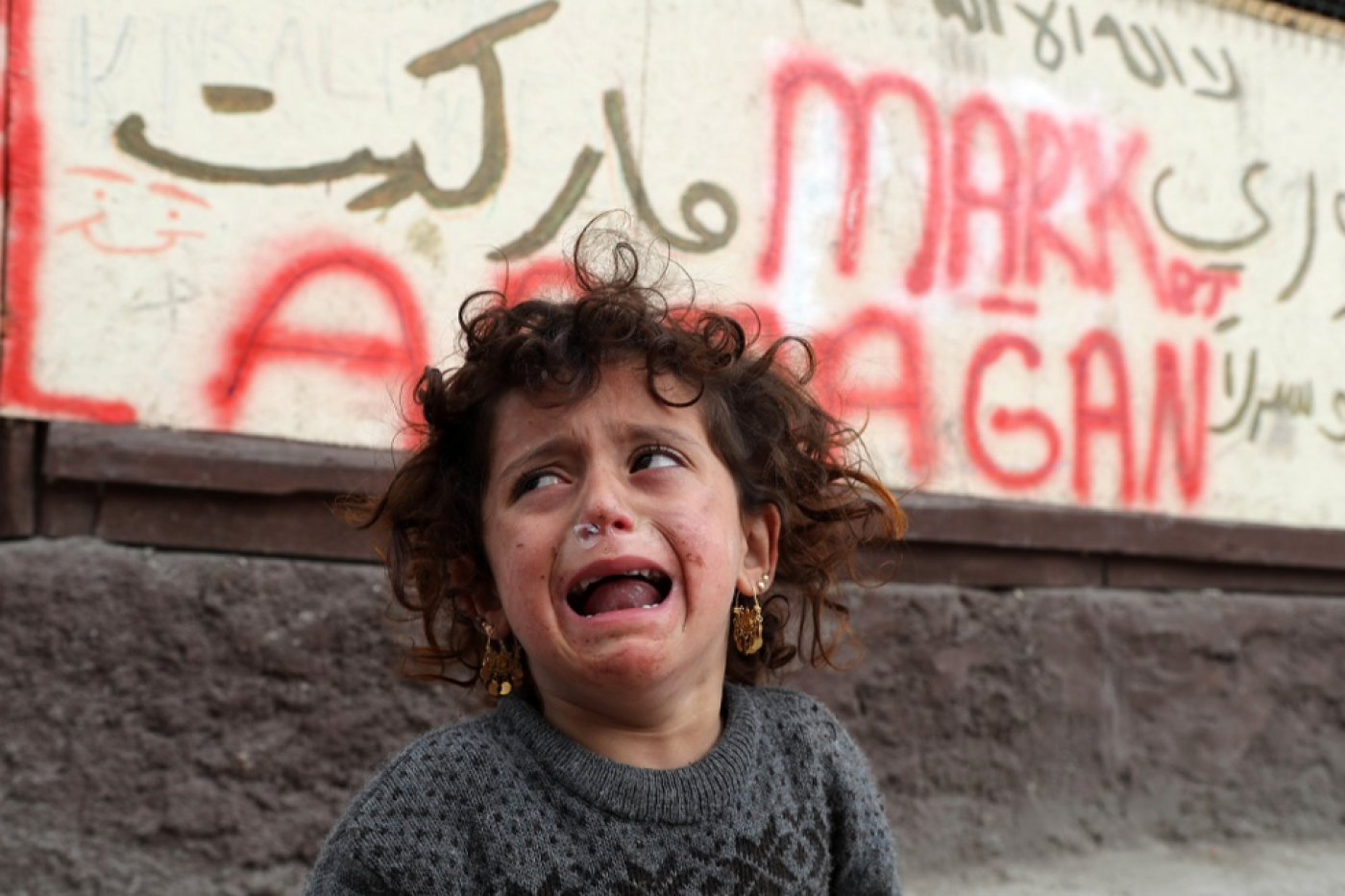 ISTANBUL, Turkey – A hot summer has brought tempers to boiling point in Turkey, as hatred against its 2.9 million Syrian refugees spikes with Twitter campaigns, violence and even government ministers lashing out at their guests.

The increased dose of bile and clashes between locals and Syrian refugees has the government concerned.

Those who cross the line... If necessary, we will even deport them

The situation has moved the prime minister to try to placate his party's new right-wing nationalist allies by vowing to deport any Syrian refugee who breaks the law.

"Those who cross the line will get their due punishment before the law," said Binali Yildirim, as calls for calm were being ignored.

"If necessary, we will even deport them. No one should doubt that."

The surge in rage at Syrians this summer appears to stem from two events.

One is Turkey's military incursion into northern Syria, which cost the lives of 70 Turkish soldiers. The other is the image created after thousands of Syrians went back to their hometowns for the Muslim holiday of Eid Al Fitr but will be permitted to return to Turkey.

Fevzi, in his late 20s and who identifies as a nationalist, told Middle East Eye he did not see the point of Turks having to pay the ultimate price while Syrians were free to move around the country like "kings".

"These Syrians sit here enjoying life while our boys become martyrs trying to free their country. On top of that our government gives them everything for free," he said.

Fevzi didn't want his name used because he was concerned "the government, which loves Syrians more than Turks, would cause trouble for him for speaking the truth.

"They live like kings. They don't work, then go to our beaches and harass our women because they are all covered in their own societies," he said.

"And it keeps getting worse. Now they go home for the holidays but return to Turkey for the free life. Can you explain that? If it is safe enough to go on holiday why isn't it safe enough to live there?"

Estimates of the number of Syrians who returned home for the Eid holiday vary between 25,000 to 45,000 after Turkey granted them permission to leave and return within a month.

About 8,000 have returned to Turkey thus far with 14 July set as the deadline for return.

Violence spills onto the street

Even more worrying is the spillover of this hatred onto the streets. On 3 July, police had to intervene with tear gas and water cannon as tensions between a group of Syrians and locals in an Ankara district threatened to spiral out of control.

Syrian refugees and local communities have experienced violent clashes sporadically over the last six years since Turkey opened its borders to Syrians fleeing the conflict at home. But now clashes of this nature are becoming more widespread and frequent.

This even prompted the interior ministry to issue a statement on 5 July regarding the percentage of Syrians involved in criminal acts.

The ministry statement said Syrian nationals involved in criminal acts amounted to an annual 1.32 percent over the 2014-2017 period.

It said the tensions were being exaggerated to provoke social unrest and warned that the heightened mood was "being converted into material for domestic politics".

The Turkish deputy prime minister, Veysi Kaynak, also echoed the sentiment of "provocations", without specifying who was behind them.

Turkey needs to view these three million people as human resources as well... Our factories would come to a standstill in many of our provinces without the Syrians

Right-wing groups and their supporters have often been at the forefront of the campaign against Syrian refugees.

The government has been wooing the right wing for the past few years and has an alliance-like relationship with the country's mainstream right-wing party.

In remarks published by the Hurriyet newspaper on Tuesday, Kaynak also warned of the damage to the Turkish economy if Syrians were expelled.

"Turkey needs to view these three million people as human resources as well... Our factories would come to a standstill in many of our provinces without the Syrians. There are no workers," Kaynak was quoted as saying.

Analysts have also cited the government's lack of a proper mid- to long-term integration process as a cause for this growing tension.

Syrians refugees are officially called "guests", which means despite all the goodwill shown to them they are not granted any legal rights pertaining to refugees under international statutes. The government could opt to make them return at any time, leaving them no option of legal redress.

In recent months there were also reports from various cities like Adana, Gaziantep and Kilis that shop signs in Arabic were being pulled down by municipal patrols, ostensibly to protect the Turkish language.

For people like Firas, a Syrian who is not a refugee, the change in attitudes is shocking.

Firas came to Turkey long before the conflict in Syria began. He is married to a Turkish citizen, speaks fluent Turkish, and has legal work as an interpreter.

"Things have changed in the past few months. I can sense animosity. I went into a pharmacy the other day and the lady pharmacist asked where I was from. When I said Syria she started harassing me and saying things like why are there three million Syrians here? Most of you are beggars disturbing our peace," the 35-year-old told MEE.

The beggars they mention are not even Syrian. Many of them can't speak Arabic

"These sort of remarks have become more frequent. And the thing is the beggars they mention are not even Syrian. Many of them can't speak Arabic. Plus, why can't the Turks see the positive side of things? Why don't they think of how many Syrians transferred all their wealth here and gave the economy a boost?" said Firas.

Firas said it is his Turkish neighbours and friends who give him comfort as times become more difficult.

Unlike on social media where the hate-filled rants go unanswered, they draw a response on the streets.

While speaking in a cafe to Fevzi, who was unhappy at the presence of Syrians in Turkey, a burly man listening in who refused to be interviewed, walked up to Fevzi and said:

"Listen, my neighbours are Syrian and if punks like you try to harm them, you will have to go through me first. I will smash your head in with my raki bottle.

"Go do something useful with your life instead of talking racist rubbish."