Prisoners held without charges have been sodomised, raped, probed and stripped down in at least five prisons, AP reports Emirati forces have sexually abused detainees at prisons in Yemen, the Associated Press reported on Wednesday, citing victims and witnesses.

Prisoners held without charges have been sodomised, raped, probed and stripped down in at least five prisons, according to the report.

"They strip you naked, then tie your hands to a steel pole from the right and the left so you are spread open in front of them. Then the sodomising starts," one prisoner told the news agency.

He said he did not know what he was being accused of and that he wishes for death daily.

Guards had told prisoners that they were searching for mobile phones possibly hidden inside the detainees' rectums.

"It’s beyond imagination," the victim was quoted as saying.

The United States, which is backing the UAE and Saudi-led coalition of Yemen, has denied being aware of the widespread sexual torture. Pentagon spokesman Major Adrian Rankine-Galloway told AP that Washington has "received no credible allegations" of abuse.

Last year, Human Rights Watch accused UAE forces of arbitrarily arresting or forcibly disappearing Yemenis and moving "detainees outside the country" including to a base in Eritrea.

"Former detainees and family members have reported abuse or torture inside facilities run by the UAE and UAE-backed forces. Yemeni activists who have criticised these abuses have been threatened, harassed, detained, and disappeared," the rights group said in a report in January.

More than 10,000 people have been killed since Saudi Arabia and the UAE led a bombing campaign against the Houthi rebels. The campaign has also caused a cholera outbreak and brought the already impoverished nation to the verge of famine.

Saudi Arabia views the Houthis as proxies for Iran, but the rebels deny receiving military support from Tehran.

UAE forces have led a military campaign to capture the port city of Hodeidah, disregarding the pleas of aid groups and international officials who warned against the "catastrophic" humanitarian consequences of the assault. 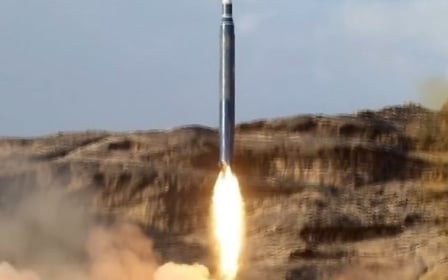