Ex-Irish president's foundation says Princess Haya paid for Robinson's controversial trip to Dubai, for which she has been called a 'willing pawn' 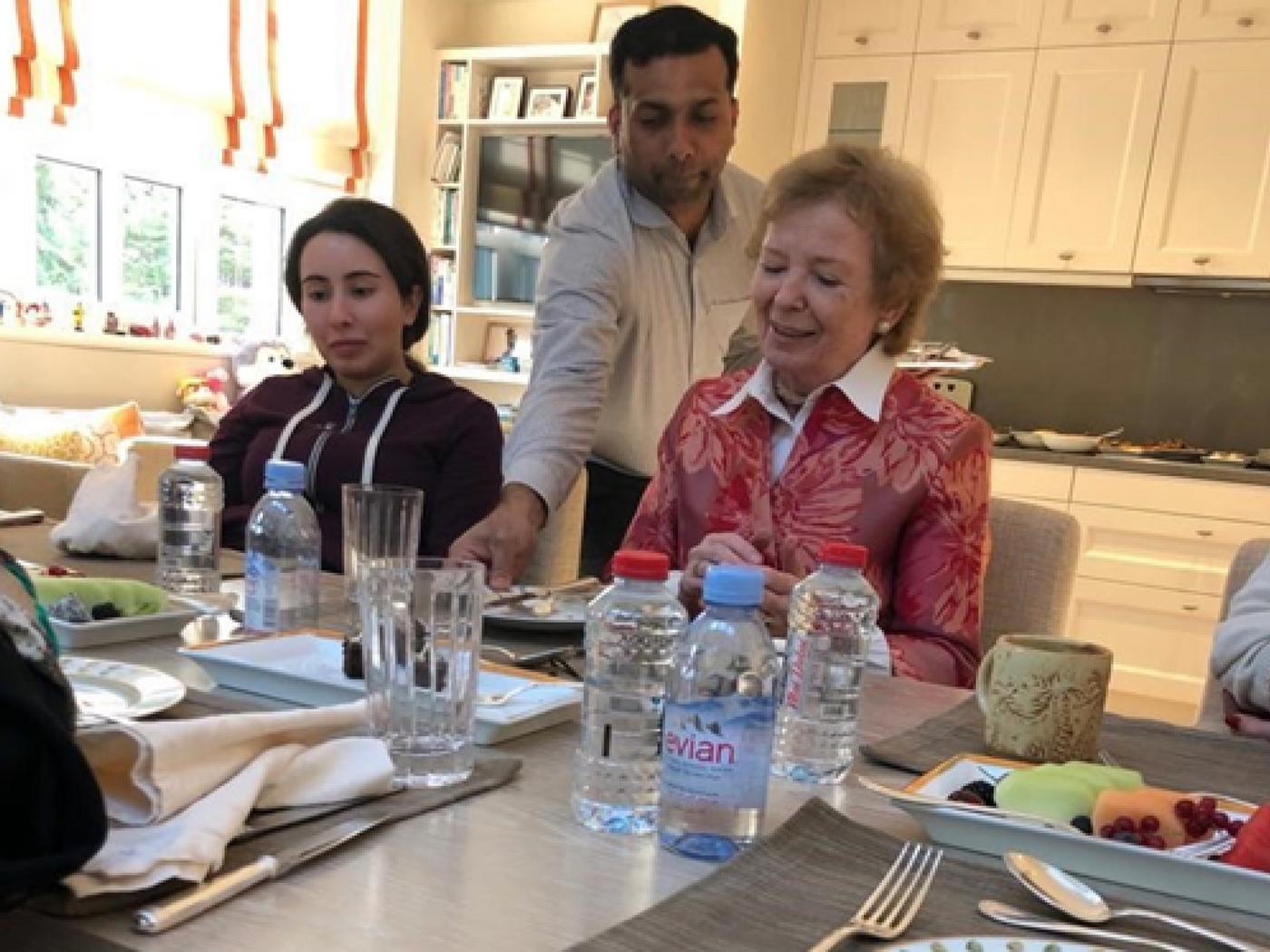 A stepmother of an Emirati princess who went missing earlier this year paid for the flight that brought former Irish president Mary Robinson to Dubai, where she pronounced that the daughter was "in the loving care" of her family, a spokeswoman for Robinson's foundation has said.

Robinson, a former UN human rights commissioner, was described as a "willing pawn" for the family after she told the BBC last week that Sheikha Latifa, one of the daughters of Dubai ruler Sheikh Mohammed bin Rashid al-Maktoum, was "clearly troubled" but was getting the medical care she required.

Robinson posed for photographs alongside Latifa in an apparent attempt to prove she was not being held involuntarily - after she was apprehended by armed men on a boat off the Indian coast earlier this year when she tried to escape from her family.

Mrs Robinson appears to have spent a couple of hours with Sheikha Latifa and despite having no formal medical or psychiatric training, has somehow diagnosed her condition and concluded that she is receiving appropriate treatment

Friends of Latifa, 33, say she has been detained against her will after the attempted escape on a yacht was foiled in March.

A spokeswoman for Robinson's Foundation for Climate Justice confirmed on Saturday that it had played no role in the former president's trip to Dubai, the Times newspaper reported on Sunday.

"My understanding is that Mary was at a conference in Paris and was requested to go to Dubai by Princess Haya and she [Haya] paid the fare," said Bride Rosney.

Haya, one of Sheikh al-Maktoum's six wives, previously worked in Ireland and is an old friend of Robinson's.

'It could be the last video I make'

Latifa first appeared in a YouTube video in March, announcing she was about to flee.

"I'm making this video because it could be the last video I make," she said.

"Pretty soon I'm going to be leaving somehow and I'm not so sure of the outcome, but I'm 99 percent positive it will work.

"And, if it doesn't, then this video can help me because all my father cares about is his reputation.

Latifa's cause has been taken up by a UK-based group called Detained in Dubai, which claims to assist victims of injustice across the United Arab Emirates.

Robinson, who served as president of Ireland in the 1990s, told the BBC the princess regretted the video she had made and was "a troubled young woman".

"She is a very likeable young woman, but clearly troubled, clearly needs the medical care that she is receiving," Robinson said.

"She's receiving psychiatric care and they don't want her to endure any more publicity – that was the dilemma."

However, human rights campaigners have criticised Robinson, saying she failed to answer critical questions lingering over the princess’s nine-month disappearance and meanwhile gave credence to a whitewashed version of events.

"What we heard today was Mary Robinson essentially reciting for BBC Radio listeners the content of the statement issued by the Dubai Ruler’s Court," said Radha Stirling, CEO of Detained in Dubai.

"She stated that Latifa is currently under 'psychiatric care'. Latifa has previous described this 'care' to include forced medication that caused her sister Shamsa to be sedated to the point that her personality was crushed after she was abducted from the UK and forcibly brought back to Dubai."

Toby Cadman, a lawyer at the London-based Guernica 37 International Justice Chambers, which represents Latifa on the instruction of Detained in Dubai, questioned Robinson's qualifications to assess the princess.

"Mrs Robinson appears to have spent a couple of hours with Sheikha Latifa and despite having no formal medical or psychiatric training, has somehow diagnosed her condition and concluded that she is receiving appropriate treatment," he said.

Robinson said she had been "dismayed" by the criticism following her visit.

She said she took the trip and made "an assessment, not a judgment" based on "personal witness".

Latifa's lunch with Robinson took place less than two weeks after the BBC ran a documentary detailing the princess' failed escape attempt in March, aided by Herve Jaubert, a French ex-spy, and Tiina Jauhiainen, a Finnish capoeira instructor, whom she had come to know in recent years.

According to the documentary, Jauhiainen and the princess drove to neighbouring Oman and then jet-skied to an inflatable boat where they were picked up by Jaubert on a yacht.

Several days later, according to the BBC, the boat was raided about 50km off the coast of Goa.

Detained in Dubai asked how Robinson could claim that when Latifa boarded the yacht, a ransom demand for $100m was made by Jaubert to her family, with $30m to be paid immediately.

It called this a "new and wholly fabricated allegation" that does not accord with a previous statement by the UAE government.

Earlier this month, in the first word about Latifa's whereabouts for months, a statement by the Dubai Ruler's Court announced she was "safe" with her family and celebrating her 33rd birthday in Dubai.

The same statement said: "[Jaubert] and his accomplices demanded payment of a ransom of $100m, shortly after Her Highness disappeared from Dubai, for her return."

According to the Times, Robinson is due to promote her new book Climate Justice: Hope, Resilience and the Fight for a Sustainable Future, in a public lecture on 2 March in Dubai that is run by a non-profit body under the patronage of Sheikh al-Maktoum.

The Dubai ruler has interests in Ireland through horse breeding. His Darley stud and Godolphin stables are based in Kildare, Meath and Tipperary. 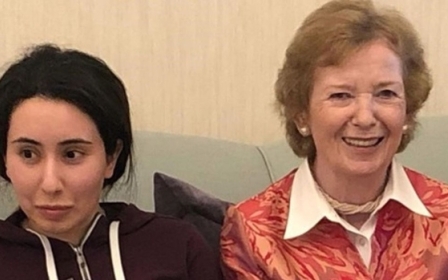 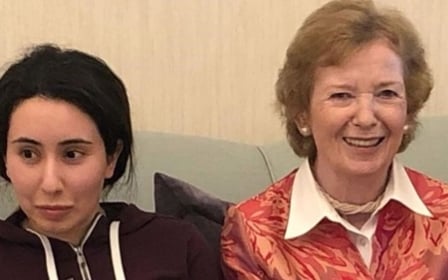