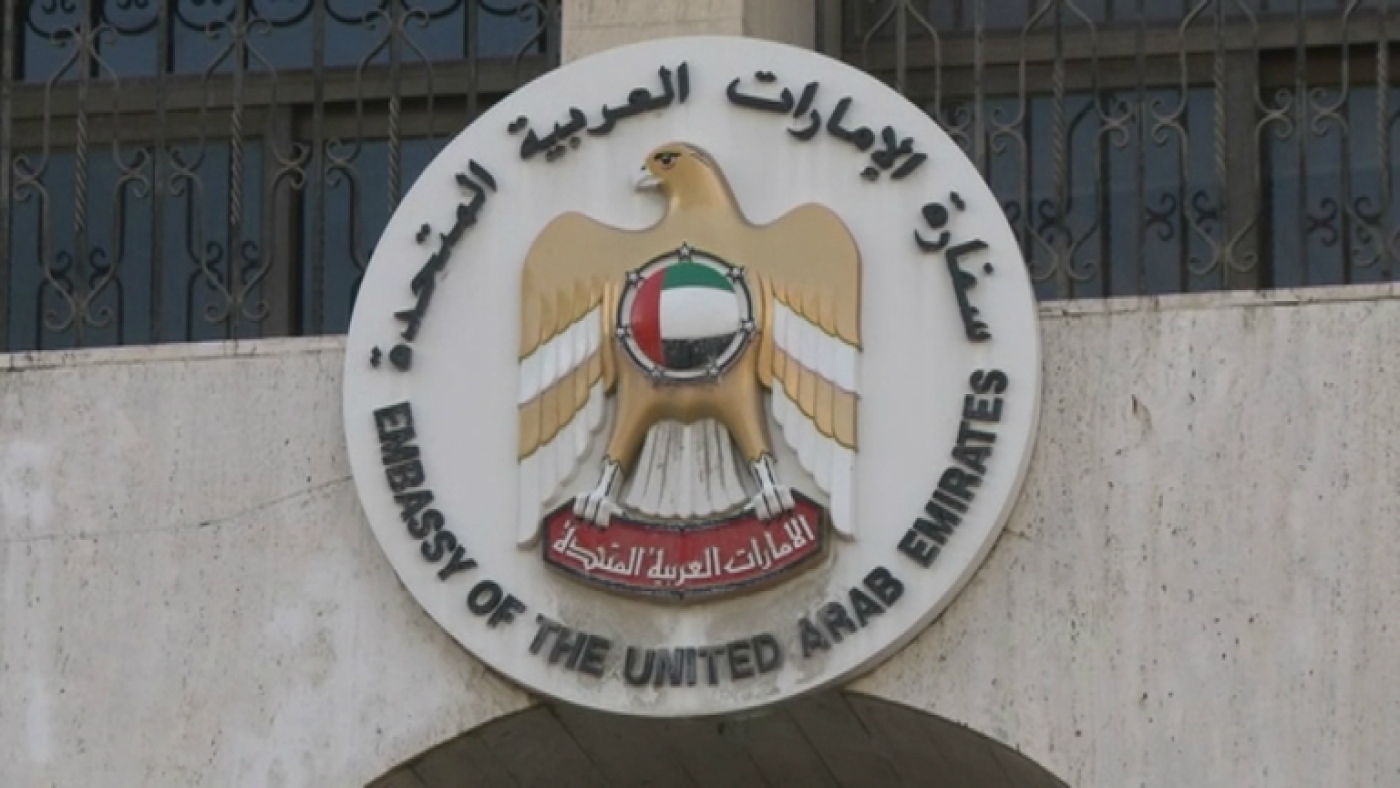 The UAE broke ties with Syria in February 2012, as the repression of nationwide protests demanding regime change was escalating into a war (Reuters)
By
MEE and agencies

The United Arab Emirates (UAE) has reopened its embassy in Damascus, in a move that marks a major diplomatic boost for President Bashar al-Assad from an Arab state that once supported his opponents.

In a statement, the UAE foreign ministry said its charge d'affaires assumed his duties at the embassy on Thursday, and that the reopening aimed to normalise relations between both countries and to curb risks of regional interference in "Arab, Syrian affairs".

Stressing that the UAE was "keen to put relations back on their normal track" it said that the resumption of ties aimed to "support the sovereignty and independence of Syria".

The embassy had been shut since the UAE broke ties with Syria in February 2012, when the repression of nationwide protests against the government was escalating into a war which has now killed around half a million people.

Nearly seven years later, the Emirati flag was raised again during a ceremony attended by diplomats and journalists.

Earlier, a Syrian information ministry note to journalists had invited them to cover the opening at 1.30pm (1130 GMT) at the embassy located in the capital's Abu Rummaneh district.

Rumours of the Emirati embassy reopening have circulated in recent days as renovation work was spotted getting underway at the building.

The move is seen as another step in efforts to bring the regime of President Bashar al-Assad back into the Arab fold after years of diplomatic isolation.

A visit to Damascus by Sudanese President Omar al-Bashir earlier this month had been interpreted by some observers as a sign of that trend.

Bashir became the first Arab head of state to visit the city since the start of the Syrian conflict.

The border crossing between Syria and Jordan, another US-ally that backed the rebels, was reopened in October.

The Arab League, which suspended Syria's membership in 2011, earlier this month called for Syria to be reinstated, echoing calls made in Egyptian state-run media for several months.

An Arab diplomat, speaking on condition of anonymity, told the Reuters news agency last week he believed a majority wanted Syria to return to the League - with only three or four states expected to oppose this - but there had been no official proposal yet

The secretary general of the Arab League, veteran Egyptian diplomat Ahmed Aboul Gheit, in April said the decision to suspend Syria had been "hasty".

The UAE was one of several regional states that backed groups fighting Assad, though its role was less prominent than Saudi Arabia, Qatar or Turkey, rebel sources have said.

Nearly eight years since the conflict began, Assad has recovered control of the bulk of Syria with critical support from Russia, Iran, and Iran-backed groups such as Lebanon's Hezbollah.

In another boost to Assad, US President Donald Trump last week decided to withdraw US forces that are deployed in areas of northern and eastern Syria in support of a Kurdish-led militia.

Damascus has vowed to recoup control of the region currently controlled by the US-backed Syrian Democratic Forces.

The area, which includes oil fields, water resources and farmland, amounts to roughly one quarter of Syria.