Al Shabab fighters on patrol in Mogadishu in 2010. A Sudanese-born Briton was suspected of having contact with the group (AFP)
By
Simon Hooper

The European Court of Human Rights ruled on Thursday that the UK government acted lawfully in depriving a Sudanese-born man of his British citizenship over suspicions that he was involved in terrorism-related activities in Somalia.

ECHR judges unanimously rejected the man’s claim that barring him from re-entering the UK and revoking his citizenship in 2010 had violated his right to a family life and had been discriminatory.

They also rejected his argument that he had been unable to fight his case from abroad because of his fears that his communications were being intercepted by Sudanese counter-terrorism authorities.

The judges ruled that then-home secretary Theresa May, who ordered the man’s citizenship to be revoked and barred him from entering the UK in 2010, had acted “swiftly and diligently, and in accordance with the law”.

Referred to in the judgment as K2, the man was born in Sudan but arrived in the UK as a child and became a naturalised citizen in 2000. Under UK law, only dual nationals can be deprived of citizenship.

He is believed to have been in Sudan when his citizenship was removed and was accused of being “engaged in terrorism-related activities linked to al-Shabab”, a Somali militant group which the UK considers a terrorist organisation, according to court documents.

K2’s citizenship case was heard by the Special Immigration Appeals Commission, a controversial “secret court” where some evidence remains secret even from the appellant and their legal teams.

The commission ruled in 2014 that there was “conclusive” evidence that K2 had “established associations with known extremists and that he had travelled to Somalia in the company of the extremists to engage in terrorism-related activities”.

Dismissing his claim that the commission had violated his right to a family life, the ECHR said that his case was “manifestly ill-founded”.

It noted that K2 had chosen to leave the UK and that his wife and child were no longer living in the UK and could freely go to Sudan.

Fears of increased use of secret hearings

The UK government has deprived at least 33 people of citizenship on terrorism-related grounds since 2010, according to research published last year by the Bureau of Investigative Journalism, and has recently deployed the measure against Britons who have travelled to Syria.

Cage, an advocacy group that supports victims of the so-called "war on terror," warned that Thursday's judgement could lead to an increase in the use of such secret hearings.

"The use of secret evidence has poisoned the UK legal system and prevents individuals and their lawyers from seeing evidence relevant to them, making it impossible to answer allegations," it said in a statement.

"Accordingly, secret evidence undermines a transparent and fair judicial process. It destroys the concept of national justice. The record of the ECHR in protecting minorities from discrimination has been abysmal and this is a further indication of its hostility to protecting the rights of marginalised groups."

A report last year by David Anderson, the UK’s then-terrorism legislation watchdog on the use of citizenship removal powers, flagged up concerns that out-of-country deprivation is alleged to “have been the prelude to rendition to the US and even to US drone strikes".

Anderson was referring to the transfer of a former Briton, Mahdi Hashi, to the US from his home in Somalia after he had been deprived of his citizenship, and the deaths in drone strikes in Somalia in 2011 and 2012 of two other former Britons, Bilal al-Berjawi and Mohamed Sakr, with alleged links to al-Shabab.

A Home Office spokesperson said: “Citizenship is a privilege not a right and it is right that the home secretary can deprive an individual of their citizenship where it is believed it is conducive to the public good to do so.” 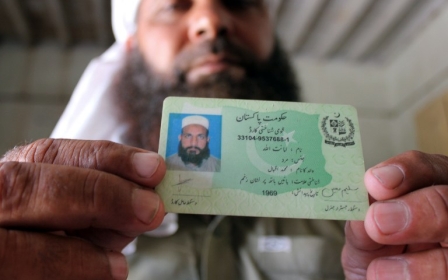 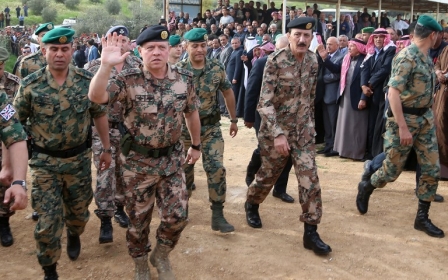