A report into the activities of the Muslim Brotherhood in the UK will not be released in full, according to a government spokesperson.

British Prime Minister David Cameron announced the investigation, led by Ambassador to Saudi Arabia John Jenkins, into the group in April 2014, with one Cabinet Office source telling the Telegraph that “given the concerns now being expressed about the group and its alleged links to extremism and violence, it's absolutely right and prudent that we have a more thorough understanding of the group and its impact on both our national security and on our interest in stability and prosperity in the Middle East."

But according to a Downing Street press officer, the report set to be released will contain only the “main findings” of the investigation, though he denied that this represented a change in policy.

“Our position hasn’t changed, we’ve always said that we would be publishing its main findings in due course and there’s no kind of change or update regarding that as far as we’re concerned,” said the spokesperson, adding that he couldn’t “speculate” on what would be released.

He also told Middle East Eye that the “decision process” over what would finally be included in the main findings was still “ongoing.” He emphasised that the government was not “hiding anything.”

There had previously been expectations that the report would be released in full in July, but wranglings over the report’s final content has delayed the process.

Sources close to the investigation told law firm ITN Solicitors in October that there is "no evidence of links between the Muslim Brotherhood and acts of terrorism” and government officials have reportedly been concerned over the report’s potential for alienating its allies in the Gulf.

Saudi Arabia and the United Arab Emirates (UAE) have both banned the Brotherhood as a "terrorist" organisation and senior officials have speculated that the report's findings could fail to meet the expectations of the two countries, who are staunch commercial and strategic allies of the UK.

“Sir John will say that the Brotherhood is not a terrorist organisation,” a UK government official told the Financial Times. “The Saudis and Emiratis will then be very upset with us.”

The publication of a new terror-list by the UAE – which included the charity Islamic Relief and the Muslim Association of Britain – provoked further controversy after an audit cleared Islamic Relief of any implications in funding “terror” activity.

Conversely, should the report be too harsh on Qatar – who are known have been key backers of the Brotherhood – it could threaten a major intelligence-sharing agreement with the country.

A government official told the Sunday Telegraph in October that ministers would be going after certain individuals using the “Al Capone method” saying that “we cannot get them for terrorism but I bet you they don’t pay their taxes.” 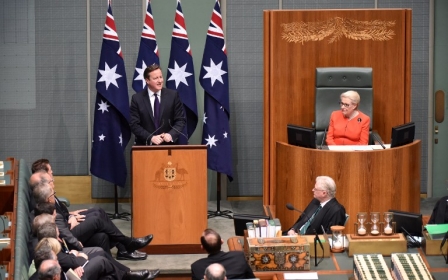