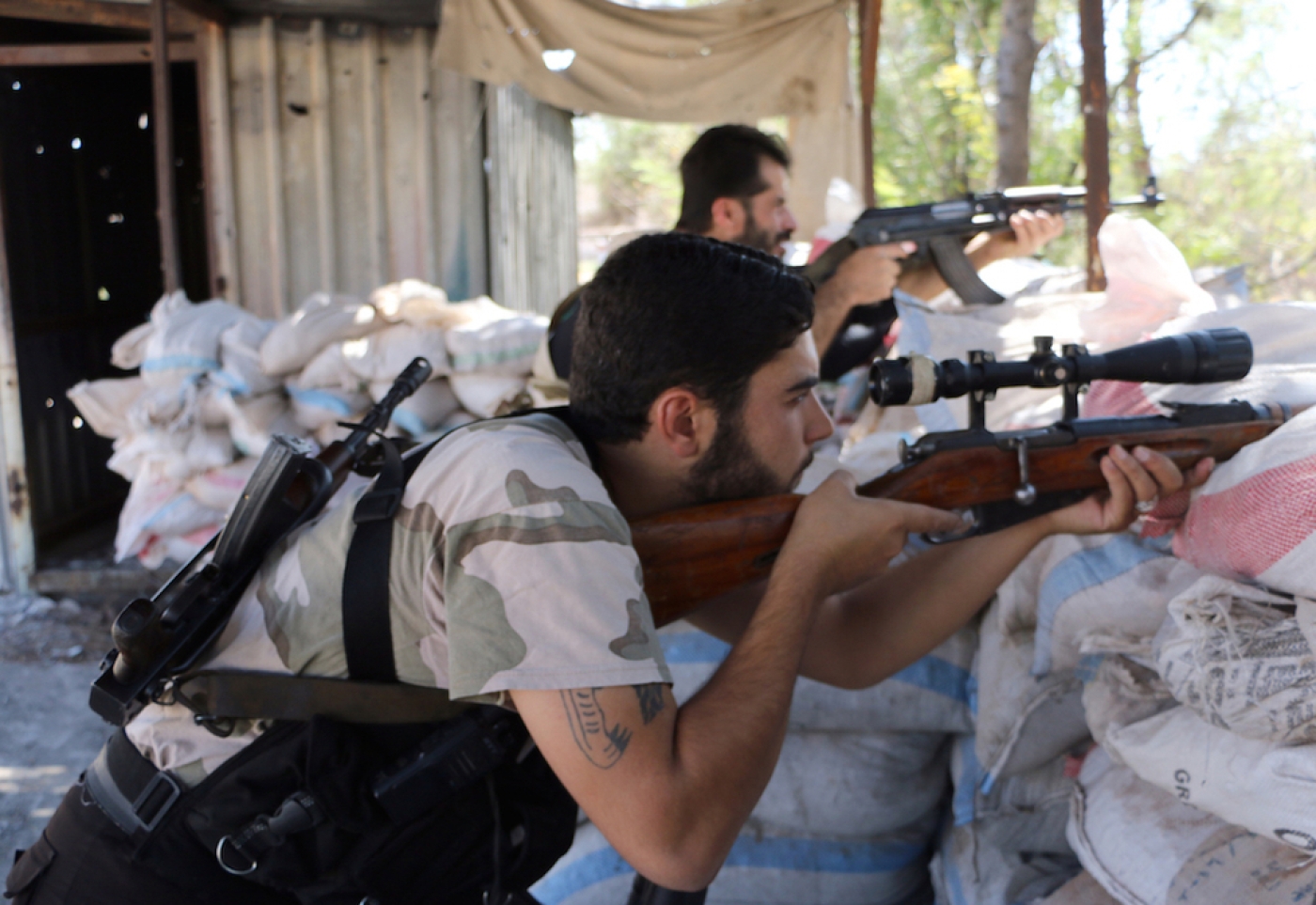 The UK government has suspended aid to a Syrian opposition policing project after a BBC investigation found that money ended up in the hands of a controversial militant group. An aid group involved in the project denies the claims.

In a programme scheduled to air on Monday, BBC's Panorama will report that money sent through the UK-based Adam Smith International to the pro-opposition Free Syrian Police in Aleppo was used by Nour al-Din al-Zinki.

The Salafist militant organisation has been accused of carrying out human rights abuses and extrajudicial executions.

According to the BBC, police officers with the Free Syria Police also cooperated in Zinki-run courts. In one case, officers were reportedly present when two women were stoned to death.

In April, British Foreign Secretary Boris Johnson committed a further £4m to the British-funded Access to Justice and Community Security scheme that has supported the police in rebel-held Aleppo through Adam Smith International.

However on Monday, ahead of the broadcast, the UK announced that it is suspending the project pending an investigation into the claims.

“We believe that such work in Syria is important to protect our national security interest but, of course, we reach this judgment carefully, given that in such a challenging environment no activity is without risk," the Foreign Office said in a statement.

'This portrayal is wrong'

Adam Smith International hit back at the accusations on Monday, branding them "entirely inaccurate and misleading".

The organisation said an internal review showed that $1,800 of the $20m in funds for the project ended up with police officers who had links to Zinki. That cash, they added, was not from British taxpayers, but from other state donors.

"Panorama cites only one example where six people with alleged links to extremist networks were supposedly employed at one police station. Upon discovering these links, the individuals were immediately removed. That is six in a force of 3,400 police officers," it said in a statement.

"Panorama has sought to portray the project as a vehicle for paying violent extremists, allegedly due to a lack of oversight by the implementing companies and, by implication, the UK government and other donors. This portrayal is wrong."

Panorama said that documents obtained from Adam Smith International show that several dead and fictitious people were on the payroll for the Free Syrian Police project. One document said that in September 2016, when Adam Smith International staff visited a police station in Koknaya in Idlib province - which was supposed to be a base for 52 police officers - they could not find a single officer.

A July 2016 report from the organisation warned that 20 percent of all police salaries were being handed over "to pay for the military and security support that Zinki provides to the five Free Syria Police stations located areas under its control".

Zinki was founded in Aleppo in 2011. It has been one of the most prominent groups fighting the Syrian government and has previously received financial and military support from the UK, US, Turkey, Saudi Arabia and other allied states.

Though initially viewed by Syrian opposition supporters as less radical than the al-Qaeda-linked Jabhat Fateh al-Sham (previously known as Jabhat al-Nusra) or the Islamic State (IS), a video which emerged last July of a Zinki member beheading an alleged pro-government child soldier damaged the group's reputation.

The Adam Smith International controversy follows on the heels of a scandal at the Swiss-French cement company LafargeHolcim, who have seen three former executives charged in France with indirectly financing IS.

Lafarge is accused of paying IS and other militants through a middleman in order to allow the company's factory in Jalabiya, northern Syria, to continue its operations.

How my Syrian hometown fought IS and won
Read More »

On Sunday, its chairman Beat Hess said "unacceptable errors were made which the company regrets and condemns", adding that Lafarge "probably pulled out of Syria too late".

Hess told French daily Le Figaro that Lafarge was going through "a difficult phase" that was "a problem for the company's reputation".

The company is also suspected of using fake consulting contracts to buy fuel from IS, which took control of most of Syria's strategic oil reserves in June 2013.

More than 340,000 people have been killed in the Syrian conflict which started with anti-government protests in 2011. The UN stopped keeping an official death toll in 2014 due to lack of confidence in its own data.