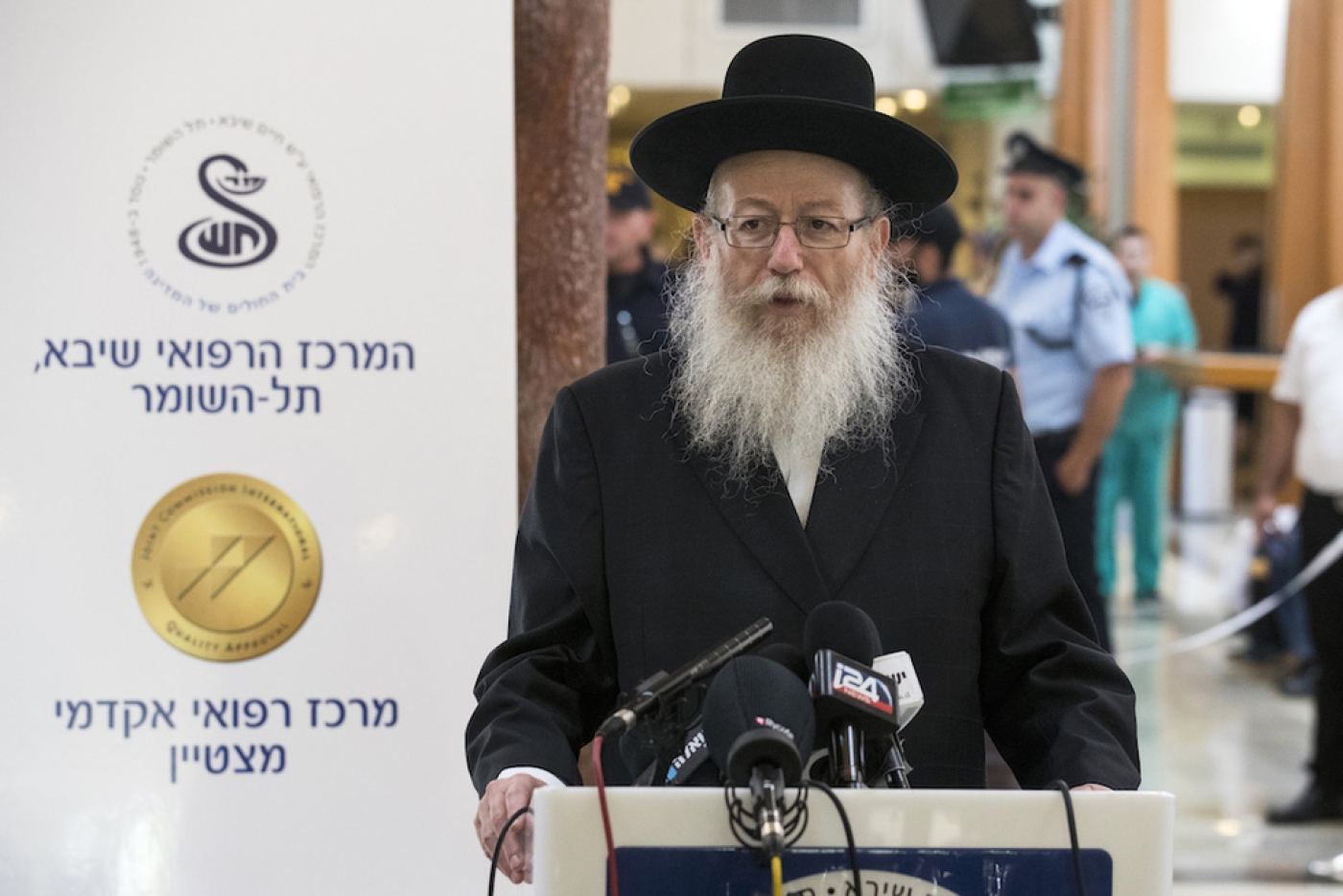 An ultra-Orthodox minister in Israeli Prime Minister Benjamin Netanyahu's coalition government resigned on Sunday in a dispute over work on the Sabbath, the Jewish day of rest.

The dispute is over essential railway maintenance work, which is far less disruptive to commuters on the Sabbath, when no trains run.

"In every generation we have known that we keep the Sabbath, this is the covenant between the Jewish people and God," Litzman said in a statement.

"Unfortunately, Israel Railways has turned Shabbat into national maintenance day. Unnecessary work. The fact that there are trains in every country in the world and they manage to complete maintenance work is proof that it's possible."

Such work was carried out on Saturday, media said.

Netanyahu was reportedly seeking to persuade Litzman not to resign by offering backing for various measures the health minister and his supporters favour.

The prime minister officially notified Likud ministers on Sunday that he would be holding the portfolio of health minister.

Ultra-Orthodox parties have often played a kingmaker role in Israel's politics. They control 13 seats in Netanyahu's coalition, which has 66 out of 120 seats in parliament.

They demand strict adherence to Jewish law, particularly on the Sabbath, when no work is allowed. Electricity must not be turned on or off and engines must not be operated between sunset on Friday and sunset Saturday.

Analysts have suggested that the crisis could mark the "beginning of the end" of Netanyahu's coalition. Inside Lebanon
Lebanon arrests actor over 'collaboration' with Israel

Inside Israel
Netanyahu rebukes Israeli diplomat for attack on US Jews