UN admits no aid delivered in Syria despite ceasefire deal

Syria envoy Staffan de Mistura says no UN trucks have moved into or around Syria, and demands assurances drivers and convoys will be safe 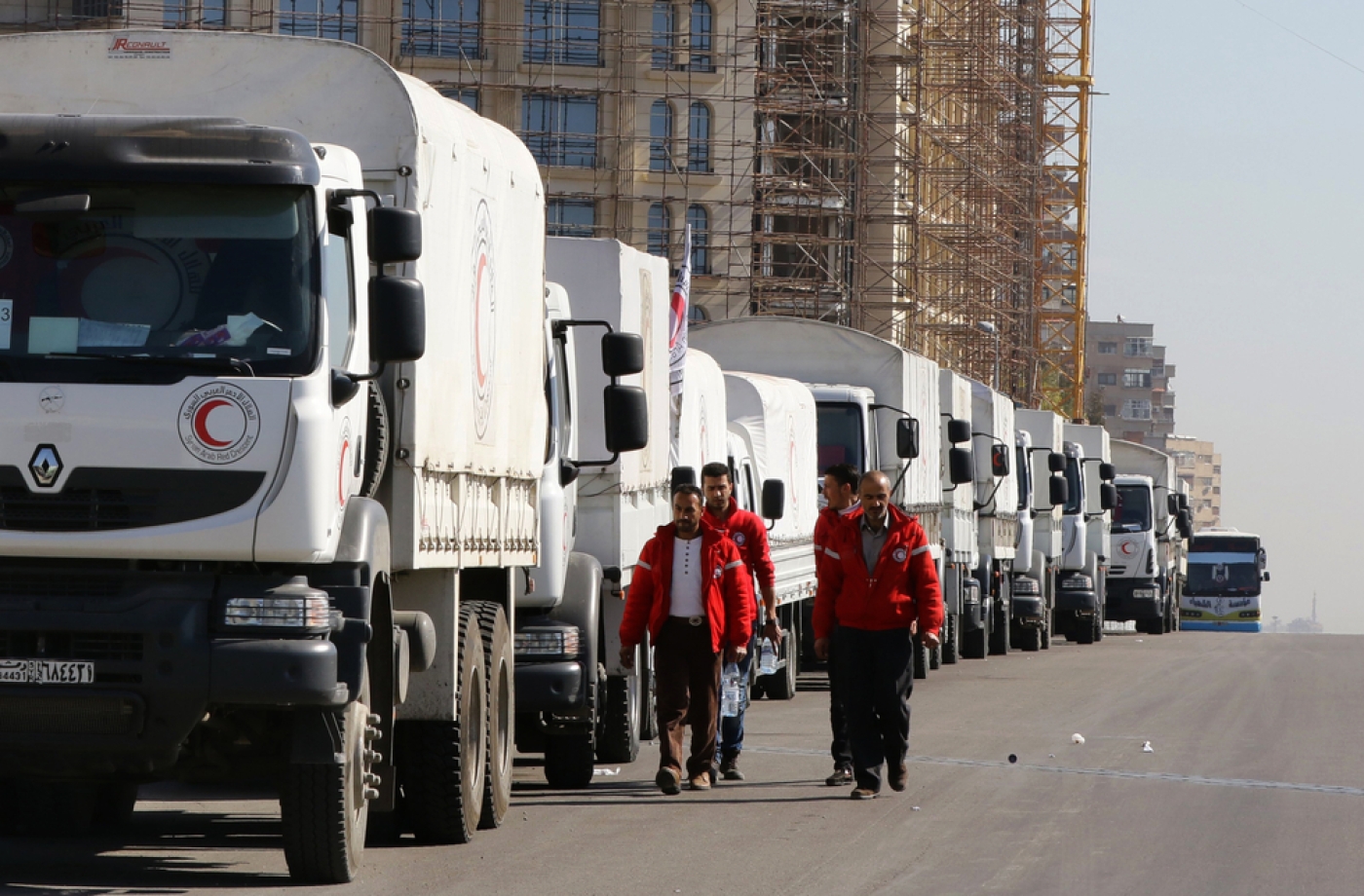 The United Nations did not deliver any aid to desperate Syrian civilians during the first full day of a US-Russian brokered ceasefire because of security concerns, officials said Tuesday.

UN Syria envoy Staffan de Mistura said in Geneva that he had "no information about any UN trucks moving at this stage," demanding "assurances that the drivers and the convoy will be untouched".

Spokesman for the UN's humanitarian office, Jens Laerke, separately confirmed that no UN convoys have deployed across a border or within Syria since the ceasefire call more than 24 hours ago.

The admission came hours after both Russia and rebels blamed each other for a series of minor violations of the ceasefire.

According to Russia, which is a staunch supporter of Syrian President Bashar al-Assad, the Syrian government did not respond to the provocations and “fully” respected the ceasefire.

The Syrian White Helmets, which conducts rescue operations in Syria, however, blamed the government or its allies for continuing to carry out strikes after the ceasefire came into force, releasing a video allegedly showing rescue operations taking place after the truce began.

The Syrian Observatory for Human Rights, a UK-based watchdog also said pro-government forces shelled two villages in southern Aleppo province and an area on the outskirts of Damascus, but no deaths or injuries were reported.

The US confirmed the infractions but said it expected the general ceasefire to hold.

De Mistura hailed what he said was a "significant drop in violence" throughout Syria.

He noted that isolated reports of conflict persisted, especially on Monday night, but that by sunrise on Tuesday the broad picture was positive.

But a key test is whether warring parties will allow humanitarian supplies to reach Syria's embattled civilians.

De Mistura dismissed reports by Turkish state media that UN trucks on Tuesday crossed the border towards the battleground Syrian city of Aleppo.

According to the terms of the deal, aid convoys will be allowed to enter Syria from Turkey to deliver critical humanitarian assistance but as of Tuesday afternoon, humanitarian groups still appeared to be waiting to cross the border, reportedly for “logistical” reasons.

“Trucks are waiting to cross the border and they have not crossed the border yet,” Marwa Awad, a spokeswoman for the World Food Programme in Damascus told Middle East Eye.

“UN trucks are waiting at the border of the Turkish side and they have not crossed yet." The convoy was heading to rebel-held eastern Aleppo, she said. "It is only UN trucks at the moment.”

Syria's government on Tuesday warned that all aid going to Aleppo city, particularly assistance sent by Turkey, must be coordinated with Damascus and the United Nations.

Last week, dozens of aid groups in Syria said that they would suspend work with the UN over its alleged close ties with Damascus and demanded the investigation of UN work in Syria.

Unconfirmed reports on Monday said that small-scale violations were happening shortly after the ceasefire came into force at 7pm local time, but the situation remained calm with most of Syria seeing a major lull in fighting overnight and into Tuesday.

Areas controlled by the Islamic State group, as well as those held by the Nusra Front, were not included in the US-Russia brokered ceasefire. Nusra, which claims to have shed its links to al-Qaeda despite maintaining its veteran leadership, often fights alongside more "moderate" rebel groups.