UN chief calls on states to prosecute foreign fighters, not kill them LONDON- The UN secretary-general, Antonio Guterres, has called on foreign governments to prosecute foreign fighters who return to their country instead of having them killed in combat.

His comments are at odds with senior members of intelligence agencies in Britain who have backed calls to kill foreign fighters who fight for the Islamic State group.

"I don't think anyone can wish that letting people being killed can be the solution to our problems," Gueterres told MEE.

"I think those citizens, whether they are British citizens or Portuguese citizens should be allowed to come back and should be prosecuted according to the law based on the crimes that they have committed."

Speaking at the School of Oriental and African Studies (SOAS) University in London, Guterres used his address to urge for greater international cooperation among different states to tackle global terrorism where he described no country as "being immune" to the threat of terrorism.

"We need strong cross-border cooperation to make sure that highly-trained terrorists who travel to join conflicts and commit atrocities face prosecution under national laws if they return," Guterres told a packed audience in London on Thursday.

"Extremist groups can exploit feelings of disillusionment and alienation, offering a twisted sense of purpose to disaffected young people, including women and girls."

Last month, in an interview that represented a major escalation in Britain's stance toward homegrown fighters, Foreign Office minister Rory Stewart said that the threat they posed led to “very difficult moral issues”.

Stewart was asked by BBC Radio 5 Live to respond to remarks by Brett McGurk, the most senior US envoy to the coalition against IS, who said that he would ensure that every IS fighter who went to Syria would die in Syria.

He responded by saying: “I’m afraid we have to be serious about the fact these people are a serious danger to us, and unfortunately the only way of dealing with them will be, in almost every case, to kill them.”

Earlier this year, officials in both Britain and the US were called to release a "kill-list" both governments had compiled for drone strikes against foreign fighters in Syria and elsewhere.

But when Guterres was asked by a student whether the Obama administration should have captured Osama Bin Laden instead of killing him, he responded by stating that he hoped this example does not gain ground and is not repeated by other countries.

He used his speech to also raise concerns over the use of counter-terror policies by national governments who use its laws to suppress peaceful protests and opposition movements around the world.

He cited fears that counter-terror laws could lead to the possibility of creating "lasting instability and resentment" if governments fail to ensure their policies have a basis in human rights.

Guterres also told the audience during the Q&A that governments should adhere to human rights to avoid creating terrorists and to address the issue of unemployment.

He cited Tunisia as an example where despite the country's transition towards democratic rule, a 40 percent unemployment rate among the youth has been a root cause for young Tunisians deciding to fight in Iraq and Syria.

"Unfortunately, counter-terrorist policies may be used to suppress peaceful protests and legitimate opposition movements; to shut down debate; to target and detain human rights defenders, and to stigmatise minorities," Gueterres said.

"Without a firm basis in human rights, counter-terrorism policies can be misused and abused. They can actually make us less safe, by undermining good governance and the rule of law."

Guterres also insisted that teachers and academics should be on the "front-line" and play a role in tackling terrorism.

Earlier this year, the UN Human Rights Council criticised the UK's controversial Prevent Strategy, which mandates public-sector workers, including teachers and academics, to report individuals who could be at risk of becoming a terrorist.

In its report, it described Prevent as being "inherently flawed" after it conducted a review of human rights in the UK as part of its periodic review to which all member states are subjected.

Kenyan lawyer Maina Kiai, the UN’s special rapporteur on the rights to freedom of peaceful assembly and of association, flagged up concerns about the government’s Prevent counter-extremism strategy during a three-day visit to the UK in April last year.

The UK government risks "promoting extremism, rather than countering it" and is creating a "Big Brother" culture reminiscent of the Soviet Union, he warned at the time. 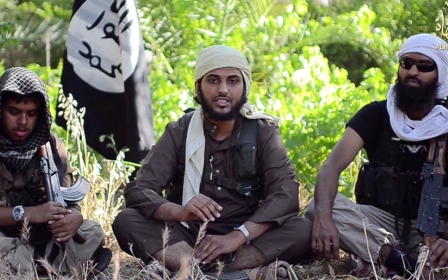 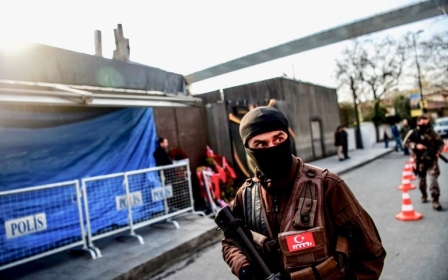 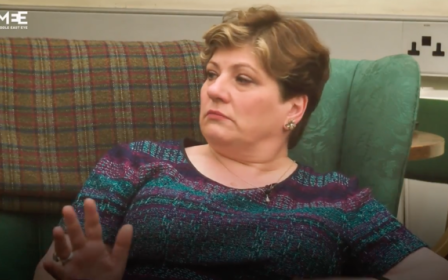