Ban Ki-moon has called for independent monitoring of human rights in Western Sahara, as Amnesty reports torture of jailed activists 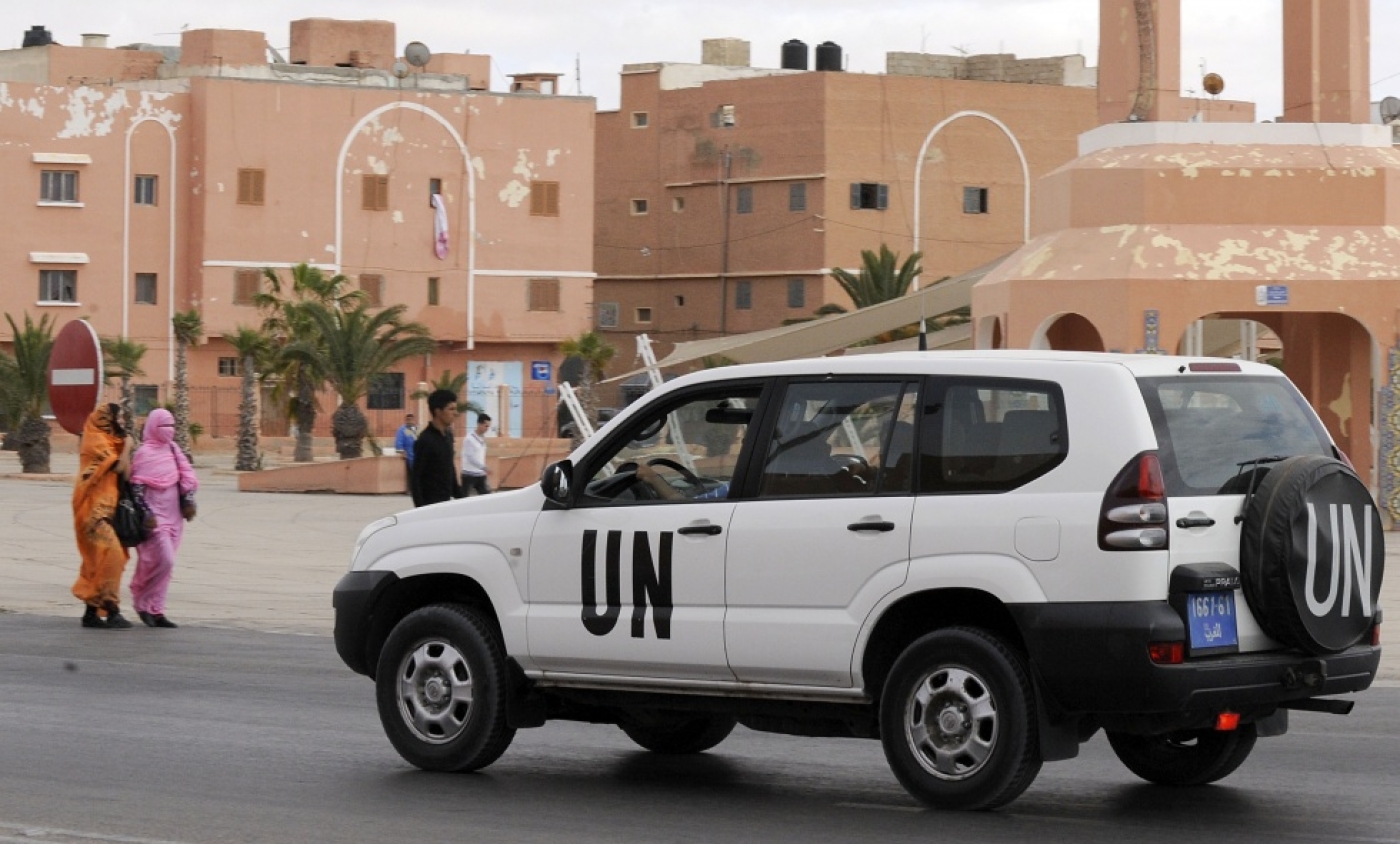 A United Nations car drives through Mechouar square in Laayoune, capital of Western Sahara
By
MEE and agencies

UN Secretary-General Ban Ki-moon has called for "sustained, independent and impartial" monitoring of human rights in Western Sahara, while welcoming Moroccan efforts to improve the situation in disputed territory under its control.

His call, in a report to the Security Council released late on Thursday, is likely to stoke renewed debate about widening the mandate of the UN peacekeeping force in the territory when it comes up for renewal later this month.

A US-backed effort to do so last year was dropped only in the face of intensive lobbying by Morocco, which is deeply sensitive to outside criticism of its policies in the territory which it annexed nearly four decades ago in a move never recognised by the international community.

In his report, Ban praised steps taken by Morocco, notably the work done by its National Human Rights Council (CNDH) and its recent decision to end the trial of civilians by military tribunals.

"The end goal nevertheless remains a sustained, independent and impartial monitoring of human rights, covering both the territory" and the Polisario-run refugee camps in western Algeria, he said.

Morocco annexed the former Spanish colony in the late 1970s but has come under mounting fire over its human rights record in the 90 percent of the territory it controls.

In Rabat, Deputy Foreign Minister Mbarka Bouaida called on the Security Council to "focus on a political solution" rather than on "secondary matters".

But she added, in remarks published by the official MAP news agency, that Morocco is entitled to be "recognised" for its efforts in promoting human rights.

Amnesty International, however, accused Morocco on Friday of suppressing peaceful protests in the past year and cited reports of activists tortured in custody and demanded a broadening of the UN force's mandate.

"A continued clampdown has left human rights defenders powerless to effectively document rampant violations in Western Sahara. Maintaining a peacekeeping force with a limited mandate is no longer an option," Amnesty said.

Unlike UN peacekeeping forces elsewhere, MINURSO, which has monitored a ceasefire between Morocco and the Algeria-backed Polisario Front since 1991, is not charged with reporting on human rights, something rights activists and the Polisario have advocated for years.

Washington last year sought to task the UN peacekeepers with human rights monitoring, in an unexpected move that was eventually dropped in the face of a shrill lobbying campaign by Rabat.

The final resolution called only for the "promotion and protection of human rights".

Texas firm Kosmos Energy plans to drill a well in its Cap Boujdour block this year, while France's Total renewed an offshore reconnaissance permit in December.

"In light of increased interest in the natural resources of Western Sahara, it is timely to call upon all relevant actors to "recognize the principle that the interests of the inhabitants of these territories are paramount", the report said.

Morocco has proposed wide autonomy for the disputed territory under its sovereignty, but this is rejected by the Polisario, which has campaigned for independence since 1973, and insists on the right of the Sahrawi people to determine their own future in a UN-monitored referendum.

Successive UN attempts to broker a permanent settlement, spearheaded since 2009 by Christopher Ross, Ban's personal representative on Western Sahara, have got nowhere.