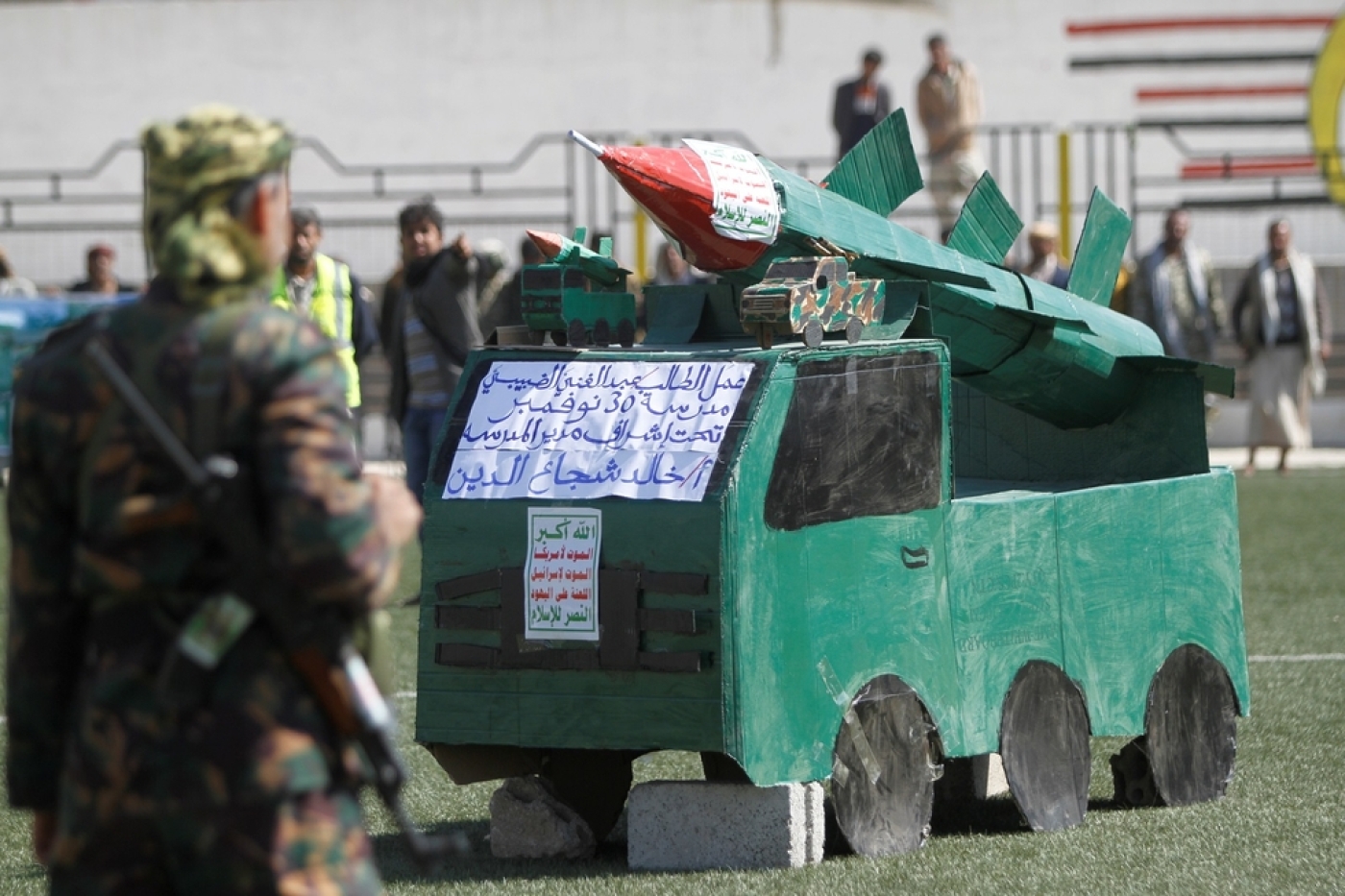 Houthi gathering in Sanaa marks 1,000 days of Saudi-led bombing campaign in Yemen on 21 December 2017 (Reuters)
By
MEE and agencies

Iran has violated a UN arms embargo by failing to block supplies to Yemen's Houthi rebels, a report by a UN panel of experts says, bolstering US and Saudi claims of Tehran's military involvement in Yemen.

The report seen by AFP on Friday does not identify the supplier of ballistic missiles fired at Saudi Arabia last year, but it says that missile debris inspected by the experts were of Iranian origin.

"The panel has identified missile remnants, related military equipment and military unmanned aerial vehicles that are of Iranian origin and were introduced into Yemen after the imposition of the targeted arms embargo" in 2015, said the report to the Security Council.

"As a result, the panel finds that the Islamic Republic of Iran is in non-compliance with paragraph 14 of resolution 2216" that imposed the ban on arms sales to Yemen, said the 79-page document presented on Tuesday.

Iran has strongly denied arming the Houthis and last month accused US Ambassador Nikki Haley of presenting "fabricated" evidence that a 4 November missile fired at Riyadh airport was Iranian-made.

Haley told the Security Council last month that the United States will push for action against Iran over the missile attacks targeting its ally, but Russia quickly signalled that it would not endorse such plans.

The missile attacks by the Houthis have changed the tenor of the conflict, and have "the potential to turn a local conflict into a broader regional one", the experts warned.

The panel also said it was investigating whether Iran had sent "advisers" to help the Houthis in their war against the Saudi-led coalition.

The UN experts travelled to Saudi Arabia in November and again last month to inspect the debris. They found that missile remnants’ features were "consistent with those of the Iranian-designed and manufactured Qiam-1 missile" and "almost certainly produced by the same manufacturer".

The drones were "virtually identical in design" to that of an Iranian-made UAV manufactured by the Iranian Aircraft Manufacturing Industries (Hesa), the report said.

Iran "failed to take the necessary measures to prevent the direct or indirect supply, sale or transfer" of weapons to the Houthis, it concluded.

A separate report last month said UN officials had examined the missile fragments and found that they were of "common origin", but they were unable to reach any firm conclusions about whether Iran was the source.

Saudi Arabia has led a bombing campaign against Houthi rebels since March 2015. The war has killed more than 10,000 people and sparked a massive humanitarian crisis that has been aggravated by a Saudi siege on the country’s ports.

"After nearly three years of conflict, Yemen as a state has all but ceased to exist," said the report.

"Instead of a single state, there are warring statelets, and no one side has the political support or the military strength to reunite the country or achieve victory on the battlefield."

Iran accuses the US of using Yemen as a pretext to push President Donald Trump’s anti-Iranian agenda.

Last month, Iran's foreign minister, Javad Zarif, compared the charges against Iran to US claims in 2003 that Iraq had weapons of mass destruction, which turned out to be false.

Washington critics also point to the humanitarian effects of the US-backed Saudi bombardment campaign in Yemen. 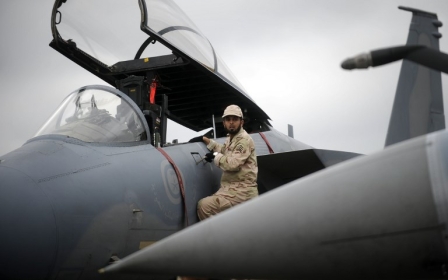