UN World Food Programme to cut back aid to 190,000 Palestinians 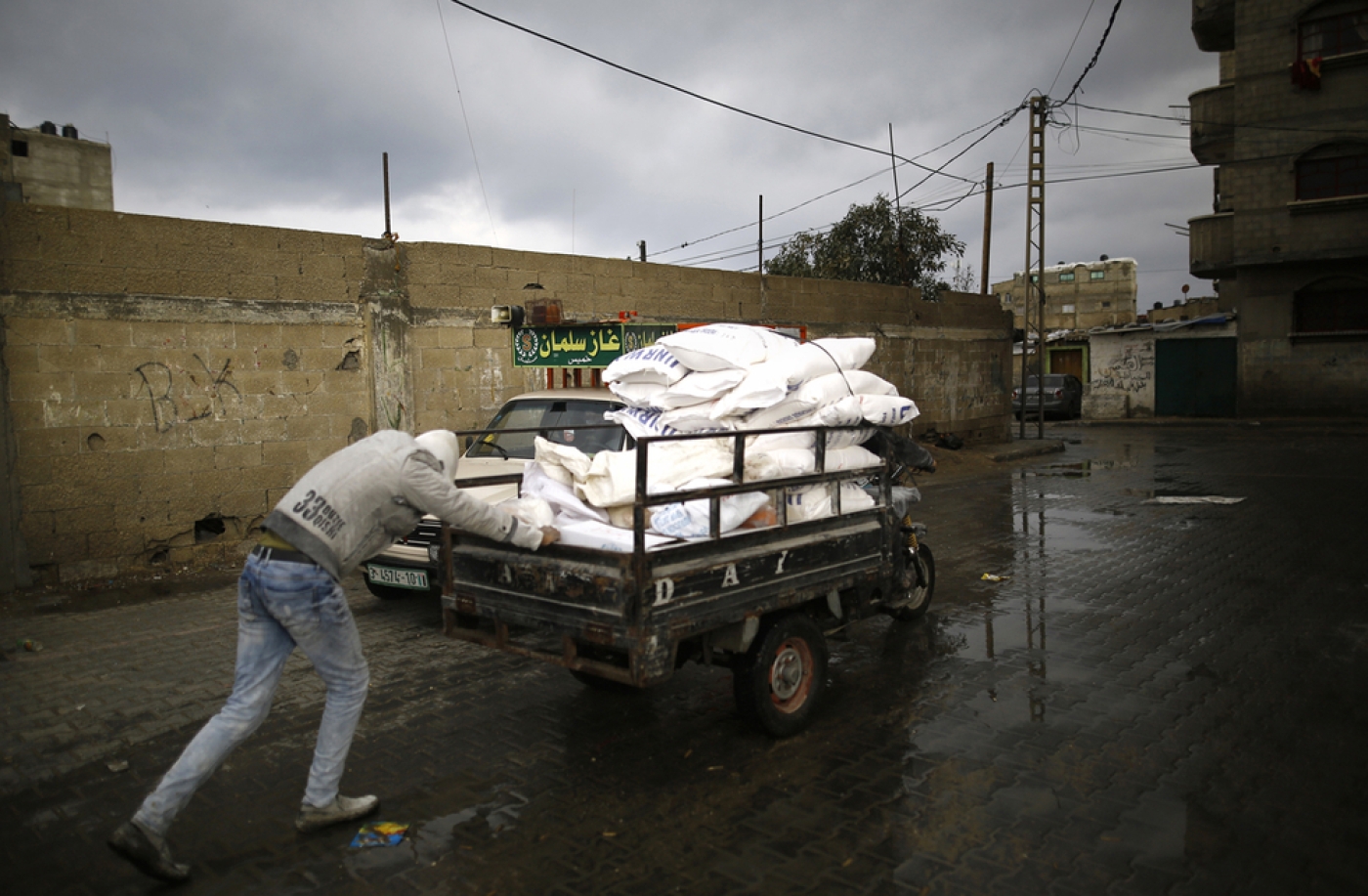 Most of the help provided by the WFP is through electronic cards, which people use to buy food at a network of 185 shops (AFP)
By
MEE and agencies

The UN World Food Programme (WFP) is to cut food aid from next month to about 190,000 Palestinians in Gaza and the occupied West Bank due to a shortage of funds, the WFP's senior official for the Palestinian Territories has said.

Wednesday's announcement follows the slashing of US aid funding to humanitarian agencies working in the occupied territories, which the UN agency responsible for Palestininan refugees said this week would mean that half a million fewer Palestinians would be recipients of aid.

“WFP’s assistance has been a lifeline to tens of thousands of people who have exhausted all their meagre resources while trying to cope with unabated and mounting hardships,” said Stephen Kearney, WFP country director in Palestine.

“As the gap between rising food needs and available resources continues to widen, WFP has no alternative but to take these difficult decisions.”

From 1 January, the United Nations agency will suspend food assistance to 27,000 people in the West Bank.

In addition, food aid to 165,000 people in the territory and in the besieged Gaza Strip would be reduced by 20 percent from $10 to $8 per person each month.

"The major donor that we have had in the past years has been the US. They have cut funding, not just to UNRWA, who work with the refugees in Gaza, but also to the rest of the humanitarian community, including WFP," he said.

“We call on the international donor community to strengthen its support and help us prevent even more hardship.”

A spokesman for the Palestinian Authority, which exercises limited self-rule in the West Bank, declined to comment.

In Gaza, Fawzi Barhoum, spokesman for the ruling Hamas group, urged the UN to "continue to provide the needs of the Palestinian people until they regain their freedom".

On Monday, UNRWA, the UN agency for Palestinian refugees, said it was facing "record low funding levels" despite a "serious deterioration" in the humanitarian situation in the occupied territories and in Gaza in particular.

Announcing its humanitarian response plan for next year, Jamie McGoldrick, UN humanitarian coordinator for the Palestinian territories, said UNRWA was expecting to receive $200m less in funding in 2019 – a reduction from $550m in 2018 to $350m.

He said about 2.5 million people had been identified as needing humanitarian assistance, but that an “increasingly constrained operation environment” meant that UNRWA had shifted away from a “business as usual” approach to one that reflected “the current realities in which we operate”.

“In targeting 1.4 million people of these for humanitarian assistance, the Humanitarian Response Plan (HRP) is based on the maximum number of vulnerable people we believe we can realistically reach in the current non-conducive political and resource climate,” McGoldrick wrote in a foreward to the plan.

Most of the help provided by the WFP is through electronic cards, which people use to buy food at a network of 185 shops.

Palestinians and humanitarian workers fear the cuts will will cause a downward spiral, as people buy less from businesses, and they in turn purchase less from suppliers.

In the Gaza town of Deir al-Balah, shopkeeper Mohammad Al-Dirawi said he had gained about 400 new customers since he joined the programme and employed three new workers.

This is our only income. There is no alternative to it

"We depend 90 per cent on the work with the WFP," he said. "God forbid, if it stops, we may not be able to continue in the supermarket."

Aref Abdel-Jawwad, owner of a dairy in Deir Al-Balah, said he sells 50 to 70 percent of his products to WFP-approved shops.

He fears he will have to cut the hours of his employees, each earning around $300 per month.

"This is our only income. There is no alternative to it," he said.

The United States, which previously contributed hundreds of millions of dollars to UNRWA, in August said that it was ending its support for the UN agency, which it described as an “irredeemably flawed operation”.

The Donald Trump administration is reported to support moves to drastically reduce the number of Palestinians recognised as refugees, from more than five million, to around a tenth of that number.