Iraqi Christians fleeing IS advances to Lebanon often arrive with little but the clothes on their back, exacerbating an existing refugee problem 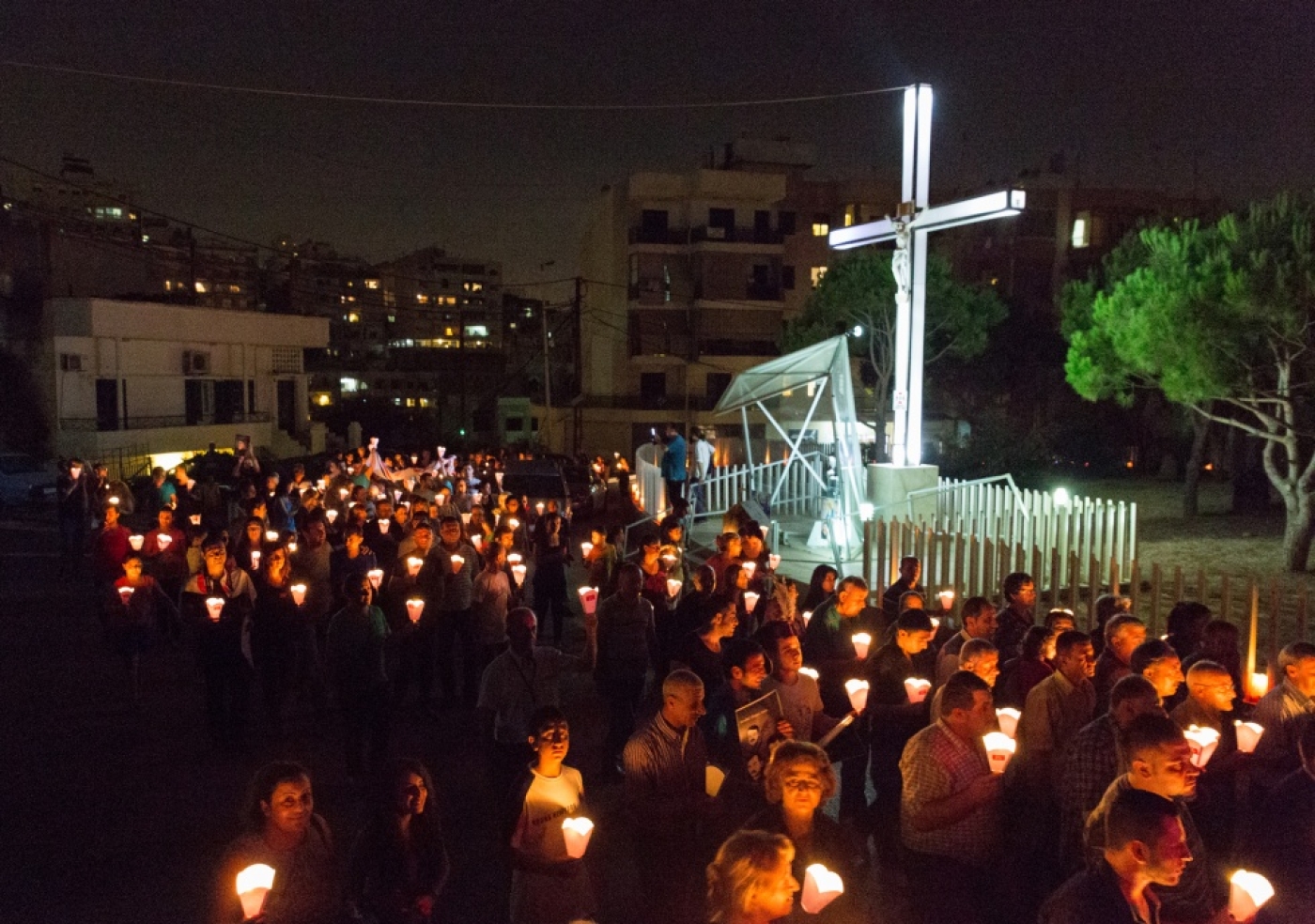 BEIRUT - In the six weeks since Islamic State (IS) militants launched their lightning attack on Iraq’s northern city of Mosul, Ablahaad, a 62-year old government worker from the nearby town of Batnaya, has lost his house and life savings, and the old Assyrian Christian community he grew up in has been ripped apart.

From a refuge in Beirut’s congested suburb of Dekweneh, Ablahaad said IS had cut off water, electricity and food to Batnaya, and fighters had moved into newly deserted homes. They threatened Christian residents with death if they refused to convert to Islam and pay a religious tax. “We were deeply afraid of the situation,” said Ablahaad. Tens of thousands of Christians escaped, often on foot, to the Kurdish city of Erbil.

Today, a chain of northern Iraqi towns has been emptied of Christians, from the region’s largest, Qaraqosh, to those like Batnaya and Tel Keif. Other persecuted minorities, like the Yazidis and Turkmen, have also fled en-masse. A US bombing campaign in the area targeting IS positions, coupled with Kurdish Peshmerga efforts to claw back territory around the Mosul Dam on the Tigris River, are now ongoing.

In Beirut, recent arrivals like Ablaheed are preoccupied with survival. They had little warning of IS advances before they fled, unlike the previous wave of persecuted Christian refugees during the US-led invasion of Iraq in 2003 who sold or brought belongings with them. Most Christian arrivals to Beirut now are on short-term tourist visas and have cobbled together enough for their plane fare, but little else.

"They are coming in a hurry,” said Maya Haddad, a social worker with the charity organization Caritas that has added 54 mostly Christian Iraqis to their rolls since 30 July. “Before they had time to sell valuable assets, to do legal paperwork, and some of their relatives would send them salaries from the government. But now they have no time, and have nothing.”

While numbers vary, the Christian population has decreased dramatically in Iraq, from an estimated 1.4 million from before the 2003 war to less than half that today. The majority are Assyrian Christians living in northern Iraq, that are said to be descendants of the area’s ancient Mesopotamians.

Lebanon hosts over 1 million of the almost 3 million registered refugees across the Middle East from the Syrian war alone, resulting in dire housing shortages, sky rocketing rents, and little chance for employment.

Ablaheed has shelled out $450 for a cramped, unfurnished apartment for his wife and three kids, excluding water, electricity, and gas, and his $2,000 dollars in savings are rapidly running out. He is biding time with hopes they can emigrate to Australia, to join a daughter already there.

“Iraqis are coming to Lebanon because they hear there is more chance for resettlement. This is their main focus,” Haddad said. “We heard countries are going to open their doors for Christian asylum seekers.”

Sunday service at suburban Beirut’s Assyrian Church of the East is packed with Lebanese, Iraqi and Syrian families. The church estimates they’ve received 1,000 Iraqis in the past two years, and steers them to Caritas and UNHCR for registration.

But France’s recent offer of asylum to Iraqi Christians persecuted by IS has rejected by the Greek Orthodox Church of Antioch and the Levant, which advocates for more security for Christians in Iraq rather than uprooting them from their land.

Assyrian Father Georges Youkhana agrees. “The Assyrian Babylonian ancient history is all there – it’s not easy to remove us from there,” he said. “Most Christian Iraqis are saying because our land and our assets are in Iraq and Syria, we will return if we have a safe haven and international protection.”

“What we need is support from France and the European community to send food and money to our people here.”

Another recent arrival to Beirut is 30-year old Anas, a Christian man from a mixed Sunni and Shiite neighborhood in Baghdad, who grew up amid the violence of the war in Iraq, which included church bombings.

Anas had received threatening calls ordering him to convert to Islam. “Surrender or we will rape your sisters,” the anonymous voice told him. He fled to Erbil and then to Lebanon, followed by his sisters, leaving his brother to sell their house in the Iraqi capital.

Hampered by a deformed leg, Anas is unable to find menial work over a month later and is overwhelmed by the cost of Beirut’s daily living. He says he is waiting to be resettled in the US.

“I have a big feeling of fear,” he said softly. Iraq at War
What do Yazidis, Christians and Gazans have in common?
John McHugo