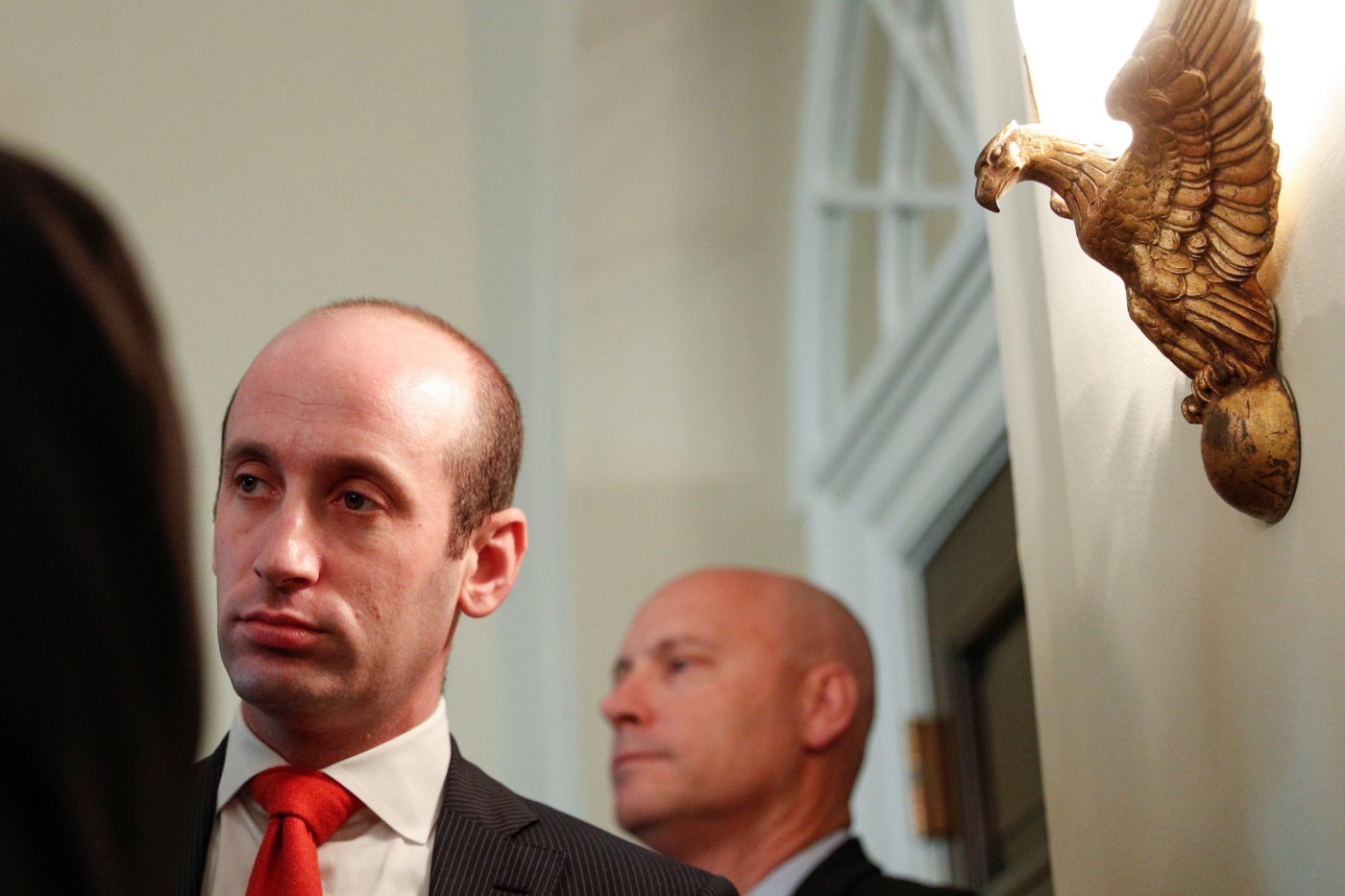 Senior Democratic senators are calling for US President Donald Trump to fire White House adviser and "Muslim ban" advocate Stephen Miller, who they say has used his position inside the Trump administration "to advance white supremacist, anti-immigrant ideologies".

The emails were sent to far-right website Breitbart News in 2015 and 2016.

On Monday, 26 US senators sent a letter to the president calling for Miller's "immediate removal" from his position at the White House.

"Mr Miller's demonstrable white nationalist ideology has directly translated into your administration's policies, which have been widely criticised for systematically targeting communities of color," the senators wrote.

"The Muslim ban targeted individuals of color and caused chaos at US airports around the country, wreaking havoc on the lives of countless individuals and families."

From the Muslim ban to family separations, Stephen Miller has worked to advance white supremacist, anti-immigrant ideologies. This has no place in our country, let alone the White House.

Shortly after his inauguration in 2017, Trump imposed a travel ban on several Muslim-majority countries.

The executive order, which came to be known as the "Muslim ban", went through several iterations and court challenges before it was upheld by the US Supreme Court in June 2018.

As a candidate, Trump had vowed to impose a "total and complete shutdown of Muslims entering the United States".

Miller had emerged as an outspoken defender of the administration's most controversial immigration schemes, including a policy to separate children and parents seeking asylum at the US's southern border. 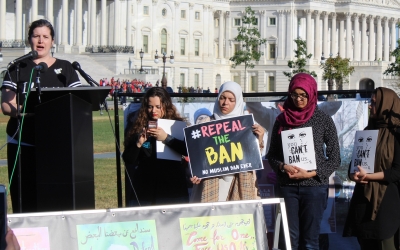 The leaked emails showed that Miller had been in contact with anti-Muslim activist Pamela Geller.

In an email to Breitbart editors in 2015, Miller sent a link to a story about a far-right Swedish party planning a gay pride parade in a neighbourhood where Muslim residents live.

"I suggested Pamela Gellar do this to illustrate the absurdity of the Left's theory that you can't do anything which violates the tenets of fundamentalist Islam," the email reads.

"What is more important to the Left: their 'gay rights' agenda, or appeasing Islamist immigrants?"

Key senators, including presidential candidates Bernie Sanders and Elizabeth Warren, signed on to Monday's letter, which was spearheaded by California Democrat Kamala Harris.

Shortly after the emails were released last month, Democrats - including members of the Congressional Progressive Caucus, Black Caucus, Hispanic Caucus and Asian Pacific American Caucus - called for Miller to be sacked.

"As the chief architect of the Muslim Ban and cruel family separation policies, Stephen Miller has spent the last three years turning his bigotry into policy - with President Trump's blessing," the groups said in a joint statement on 14 November.

'As I said earlier this year: Stephen Miller is a white nationalist. And now we have the emails to prove it'

More than 100 members of the US House of Representatives also signed a letter calling on Miller to step down, pointing to his "documented hatred of Muslim immigrants".

Muslim-American Congresswoman Ilhan Omar, who was accused of antisemitism for calling Miller, who is Jewish, a "white nationalist" in April, also said that the White House aide should immediately resign.

"As I said earlier this year: Stephen Miller is a white nationalist. And now we have the emails to prove it," Omar tweeted on 12 November.

"This type of racism and hatred has no place in our government. Miller needs to step down. Now."

Despite the backlash, the White House has stood by Miller, suggesting that efforts to hold him accountable for his white supremacist views are antisemitic.

"I work with Stephen. I know Stephen. He loves this country and hates bigotry in all forms - and it deeply concerns me as to why so many on the left consistently attack Jewish members of this administration," Hogan Gidley, a White House spokesperson, said in a statement last month. 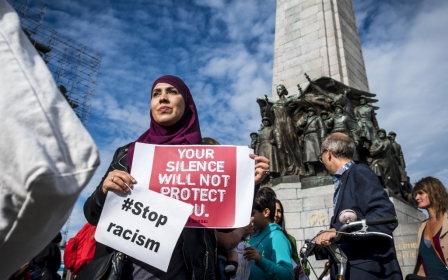 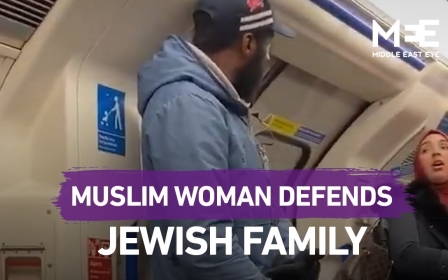 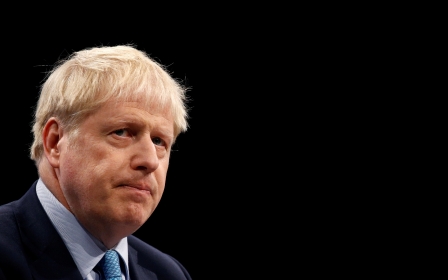