Crimes directed at Arabs increased by 16 percent while incidents against Jews went up 14 percent, accounting for well over half of all religiously motivated crimes 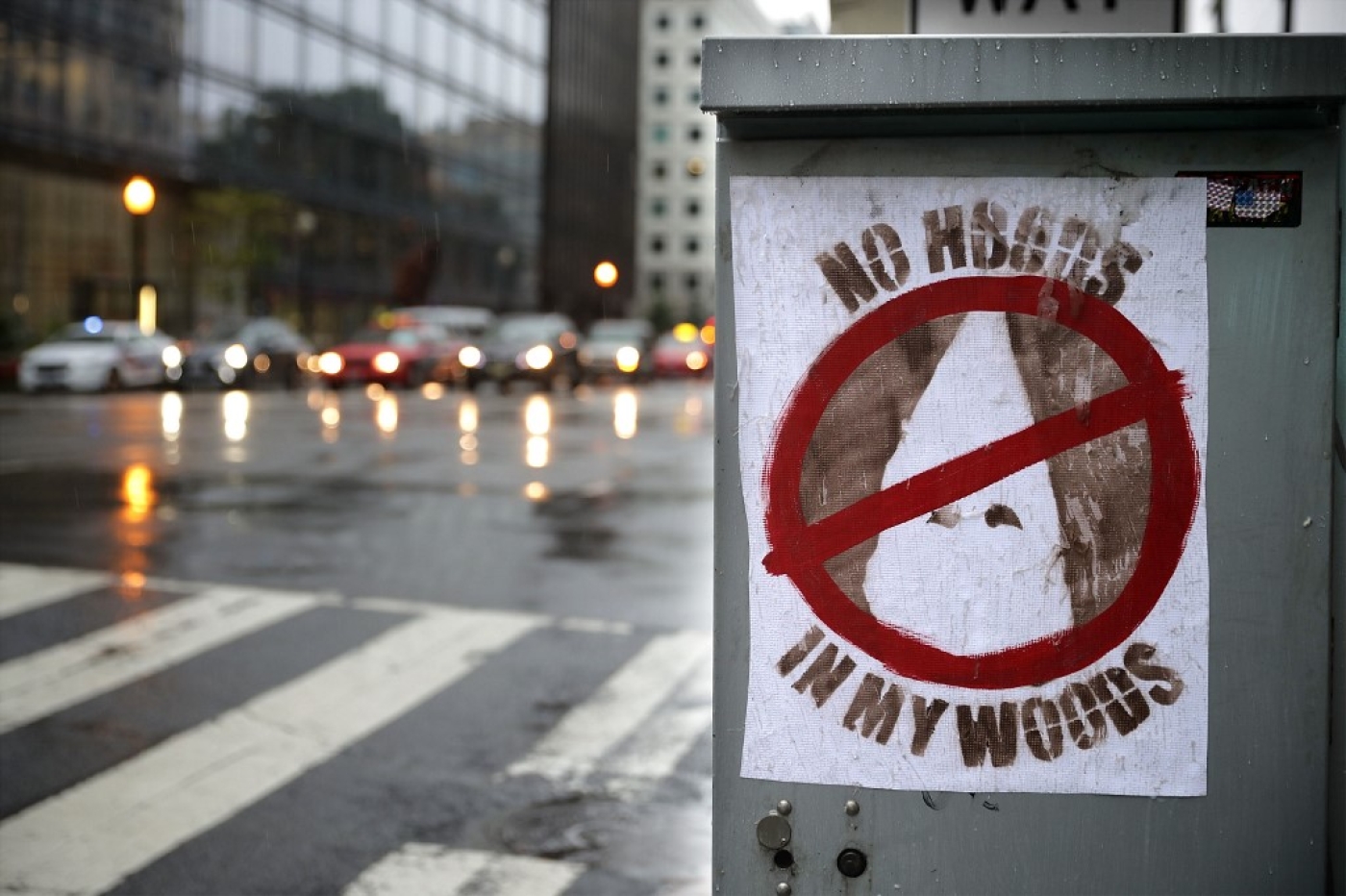 Hate crimes in the US increased for a fourth consecutive year following a sharp uptick that coincided with the rise of President Donald Trump.

The data, which was gathered from 15,588 law enforcement agencies across the country, showed that 51 homicides recorded in 2019 were considered hate crimes - a 113-percent increase from 2018.

About 5,500 hate crimes reported by the FBI in 2019 targeted individuals in the form of harassment or assaults, while about 2,800 were crimes against property, such as vandalism or robbery.

With 1,364 "violent offenses" reported in 2019, last year marked the sixth consecutive increase in such crimes.

Like years previous, race was the primary motivator for hate crimes in 2019, with anti-Black sentiments accounting for nearly 50 percent of all single-bias hate crimes reported Arabs meanwhile saw a 16 percent increase in incidents against them last year, breaking 2018's record, which had been the highest recorded in terms of Anti-Arab crimes since the category was added in 2015.

Hate crimes committed on the basis of religion accounted for 20 percent of all incidents.

Anti-Jewish incidents, including violent hate crimes, went up 14 percent, accounting for well over half of all religiously motivated crimes. Jews make up less than two percent of the US population.

While anti-Muslim crimes saw a slight decrease, they have yet to fall below pre-2015 numbers when a more than 70 percent increase was documented.

On Monday, 15 senators reached out to Facebook, warning the company that its platform has exacerbated anti-Muslim sentiments, as well as hate speech against other groups. The lawmakers called on the platform to take steps to combat the problem.

"Facebook is a groundbreaking company that has revolutionized the way we communicate," the lawmakers said in a letter. "Unfortunately, the connectivity that can bring people together in many positive ways also has been used to dehumanize and stoke violence against Muslims, Black people, Latinos, immigrants, the Jewish community, Sikhs, Christians, women, and other communities here and across the world".

The FBI's statistics come as Trump failed during his first term to push back against growing white nationalist movements, which critics say have been emboldened by the rhetoric and policies coming out of the White House.

"This year, the data is telling us another story: there is a troubling trend of violent hate in America, one that is partly driven by xenophobic policies of the Trump era," Maya Berry of the Arab American Institute (AAI) said of the FBI report.

Crimes 'slipping through the cracks'

The AAI said the data only told "part of the story" as the number of law enforcement agencies providing data to the FBI declined for the second straight year.

"We have seen in recent years, hate crimes are slipping through the cracks," the group said in a statement on Monday, pointing out that this year over 70 participating police departments that serve populations exceeding 100,000 people reported zero hate crimes.

The American Jewish Committee also took objection with the number of departments that submitted no information this year, saying it was "unacceptable that so many hate crimes in America go unchecked and uncounted".

In 2019, Baltimore, Little Rock, Savannah and 68 other cities with a population over 100,000 failed to report hate crimes to @FBI.

It is unacceptable that so many hate crimes in America go unchecked and uncounted.

AAI said it began searching the FBI records for irregularities in hate crime statistics after discovering that the 2016 and 2017 murders of Khalid Jabara and Heather Heyer went unreported in FBI data, referring to two homicide cases that were prosecuted as hate crimes in court but were not included in official statistics due to a local failure to submit the crimes as such.

Jabara and Heyer's murders being withheld from FBI data inspired the introduction last year of the NO HATE Act, which seeks to address the underreporting of hate crimes and improve police response.

In this year's report, the FBI also failed to include the murder of 22 people in front of Walmart in El Paso, Texas as a hate crime "despite being reported as the deadliest anti-Latino attack in American history", AAI said.

The FBI statistics show one anti-Hispanic murder that year, classifying the mass Texas shooting that took place in August 2019 as "anti-other race/ethnicity/ancestry".